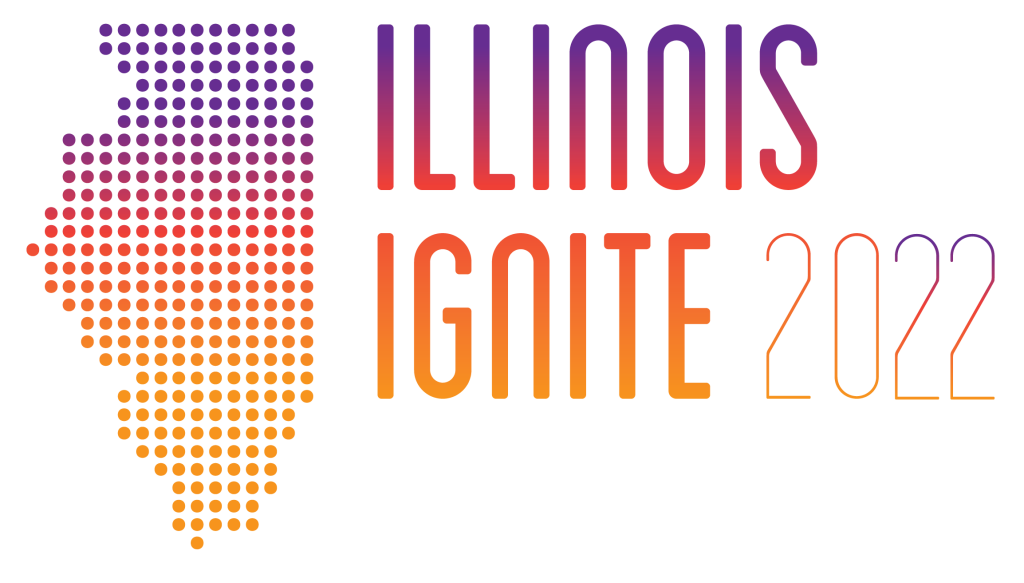 Researchers from the University of Chicago are showcasing novel technologies and innovative startups at the third biennial Illinois Ignite.

>> Registration has now closed but there are a few limited slots remaining. Please email Nicole Nair if you would like to attend the event.

“All the six presenters are participants of Polsky programming like Compass and the George Shultz Innovation Fund, which is evidence that we are doing something right to be able to partner with the best and the brightest on their entrepreneurial journey.”

Ming Xu’s long-term research interest is to understand mechanisms of drug addiction and to find possible treatment strategies using mouse models by using behavioral, optogenetic, anatomical, and molecular approaches in his research. Xu was among the first to make and use genetically engineered mouse models to investigate mechanisms underlying drug addiction and has authored over 100 peer-reviewed publications. His research has contributed to a better understanding of molecular basis of different aspects of reward learning and drug-seeking behaviors. He is the chief science officer at AddGraft Therapeutics. AddGraft has developed a novel platform that aims to effectively treat substance use disorders with genetically engineered skin grafts – a first-of-its-kind treatment with myriad applications.

Alexander Todorov studies how people perceive, evaluate, and make sense of the social world. Todorov’s research has appeared in a variety of publications, including Science, Nature Human Behavior, PNAS, and Journal of Neuroscience. His most recent book publication is Face Value: The Irresistible Influence of First Impressions.

Supratik Guha led the Center for Nanoscale Materials, a US Department of Energy Office of Science user facility, from 2015 to 2019. Before joining Argonne and the University of Chicago in 2015, he spent twenty years at IBM Research, where he last served as the director of physical sciences. At IBM, Guha pioneered the materials research that led to IBM’s high dielectric constant metal gate transistor, one of the most significant developments in silicon microelectronics technology. He was also responsible for initiating or significantly expanding IBM’s R&D programs in silicon photonics, quantum computing, sensor based cyberphysical systems, and photovoltaics.

Fred Chong in 2020 cofounded Super.tech, a quantum software company, which was this year acquired by ColdQuanta, where he holds the position of chief scientist for quantum software. He is also Lead Principal Investigator for the EPiQC Project (Enabling Practical-scale Quantum Computing), an NSF Expedition in Computing. Chong is a member of the National Quantum Advisory Committee (NQIAC) which provides advice to the President and Secretary of Energy on the National Quantum Initiative Program. Chong has been funded by NSF, DOE, Intel, Google, AFOSR, IARPA, DARPA, Mitsubishi, Altera and Xilinx. He has led or co-led over $40M in awarded research, and been co-PI on an additional $41M.

Xiaoyang Wu’s laboratory is dedicated to understanding the dynamics, signaling, and clinical applications of epidermal stem cells. Wu has developed a novel wound dressing that can stop bleeding while preventing infection and scarring using a single material, which has potential applications in drug delivery, among other areas. He also recently received the 2022 Duckworth Family Commercial Promise Award for his work developing a novel cancer drug delivery system. The award provides Wu with $125,000 over the course of a year to further support his research, which he has translated out of the lab to a startup: Alnair Therapeutics. Alnair Therapeutics is developing a lactate-inducible drug platform for cancer treatment. To enhance efficacy while reducing the toxicity of cancer treatments, the startup has leveraged the well-established Warburg effect of solid tumors and designed a novel lactate-inducible drug release platform to deliver therapeutics specifically to tumor sites.