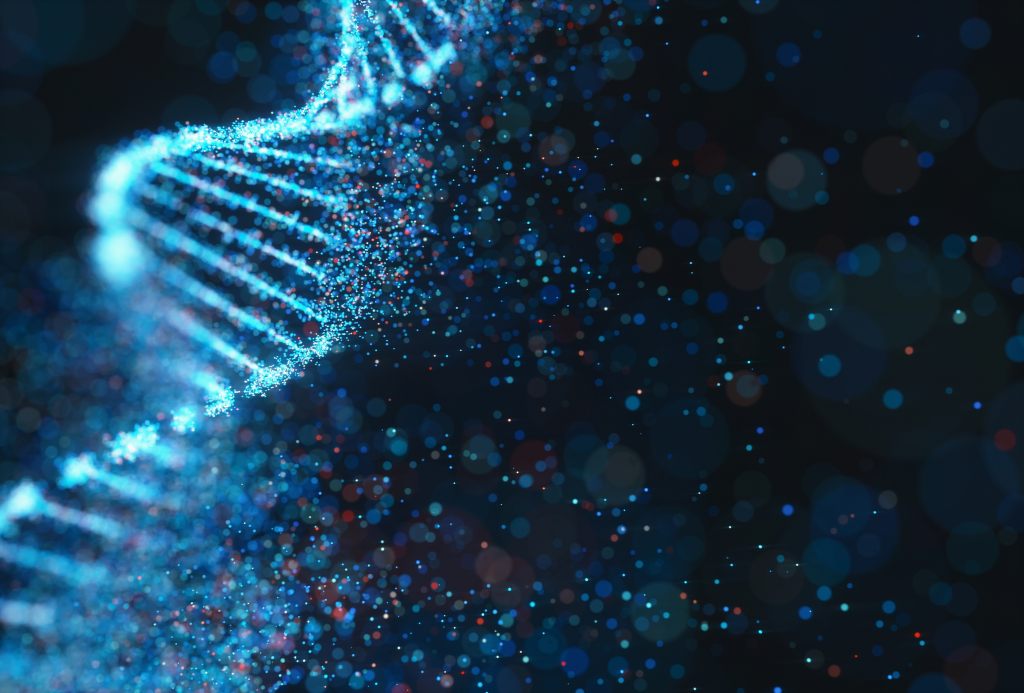 AddGraft Therapeutics has developed a novel platform that aims to effectively treat substance use disorders with genetically engineered skin grafts – a first-of-its-kind treatment with myriad applications.

Developed by University of Chicago researchers Xiaoyang Wu, associate professor at the Ben May Department of Cancer Research, and Ming Xu, professor of neurobiology in the Biological Sciences Division Department of Anesthesia and Critical Care, the platform uses genetically modified skin cells to deliver therapeutics and has the potential to provide long-lasting, highly effective, and minimally invasive treatment that only needs to be administered once.

Outside the lab, this work is currently being commercialized via AddGraft Therapeutics, a startup cofounded by the duo in collaboration with CEO Ryan Meyers, a University of Chicago Booth School of Business MBA candidate who has a background in healthcare consulting and venture capital. The company was incorporated after participating in the Compass, a deep tech accelerator run by the University’s Polsky Center for Entrepreneurship and Innovation.

“With the help of the Polsky Center, we see the greater potential of translating the technology for drug or substance use disorders,” said Wu, AddGraft’s chief technology officer. “There is a huge unmet medical need and currently no effective therapeutic approaches.”

How does the AddGraft approach work?

Patient skin stem cells are harvested and modified using CRISPR, a gene-editing tool that enables the researchers to introduce genes that can produce molecules that significantly reduce the motivation to take or seek alcohol. The skin cells are then re-implanted into the patient through a skin graft that acts as a so-called “bio engine,” producing these molecules throughout the life of the graft. In preclinical studies, the engineered skin grafts protected against drug addiction and overdose in animal models.

“Using this process, we can efficiently and safely deliver the therapeutic to the patient,” said Wu. “We believe the novel approach can serve as a long-term treatment for patients and help protect them against the harmful effects of drug use.”

Though there are some medicines already approved and used in conjunction with behavioral counseling and other approaches, the recurrence of substance use is very common. “We hope our approach can prove more long term and stable, likely permanent,” Wu explained.

The permanence of the graft is notable as medication compliance is a challenging issue, especially in mental health treatment, noted AddGraft advisory board member and former president and CEO of the Gateway Foundation, Michael Darcy. “This is actually turning the switch off in the brain with respect to the craving, which is the drive that motivates people that use drugs and alcohol,” he added.

Additionally, the platform addresses “all core aspects of alcohol misuse,” explained, Xu, who serves as AddGraft’s chief scientific officer. These include the development of misuse, relapse, and overdose. “All these can be prevented by this single genetically modified skin graft,” he said.

While the goal is currently to focus on alcohol use disorder, Xu said the platform could also be used to prevent co-use of drugs. Said Xu, “My vision, my dream would be using this novel genetic platform to treat all drug use and co-use, significantly improving and benefiting the quality of life for a large fraction of society.”

From Lab to Market

While the work is very early stage, the excitement among the team and recent investors is palpable. “Many fail for one reason or another, but I think we have some really good factors working for us,” said Xu. “We have a good team and a very novel, unique platform. But above all, there is a huge unmet need in this area. Our product would truly fill a void. I firmly believe this.”

Xu, who has focused on substance use research for the past 25 years, noted that very few of the findings from his lab – and many labs in the field – have been commercialized to benefit patients. “The public has not been benefiting from our work,” he said.

Until recently, there has been very little innovation in the addiction treatment space: “For the last 40 years it’s pretty much been the same model,” said Thomas Britton, president and CEO of the Gateway Foundation.

“Today, there’s a lot of technologies that are trying to come to market, and AddGraft is one,” Britton added. “If what they do works and has mass application, it has a tremendous opportunity to change the recovery experience for those who are suffering from drug and alcohol use.”

The Gateway Foundation is focused on advancing the science of addiction treatment. For Britton, who is in long-term recovery himself, the work is personal. “I put a lot of time and energy and money into understanding what creates better outcomes,” he said. “The early science is promising to me.”

Still, one of the biggest obstacles to success is whether health insurance companies will help pay for the treatment. “For them to make the investment upfront for something that will be a long-term benefit to the payer, there needs to be a clear value proposition,” said Britton. “If AddGraft can prove the argument with alcohol, the immediate cost of which is dramatic, then I think they can expand the argument to other drugs.

“They need to prove the product works, get people to believe it works, and find people who are willing to use it and pay for it. That’s a big lift,” he added. “But I think it’s possible.”

The Seeds of Success

The company recently completed an oversubscribed pre-seed funding round and is working with a regulatory consulting firm to engage and prepare for meetings with the US Food and Drug Administration (FDA) as it looks to move the technology into human clinical trials within the next few years.

Investors in the round included the Chicago Booth Angels Network of Chicago, a nonprofit affinity organization founded and run by alumni of the University of Chicago Booth School of Business, and Limitless Ventures, an independent growth capital sponsor interested in improving mental behavioral health outcomes. Additionally, AddGraft has been named among Hello Tomorrow’s 2021 Global Deep Tech Pioneers.

“We invested in AddGraft because the technology is innovative and has the potential to create groundbreaking social impact in a growing market. We were paying attention because of the University of Chicago connection and specifically the scientific team. The researchers have a solid scientific background and the technology is revolutionary – it could be a game-changer,” said Borislava Karageorgieva, MBA ’04, board director and past president of the Chicago Booth Alumni Club of Chicago and Chicago Booth Angels president, board of directors.

“AddGraft has deployed cutting-edge science into a platform technology. Via genetic engineering, skin cells are transformed into factories churning out molecules that treat addiction and reduce cravings,” said Karen Sterling, partner, Limitless Ventures. “If validated in human clinical trials, the impact of this for anything from alcoholism to nicotine and cocaine dependence could be enormous, saving thousands of lives in the process.”

In the immediate term, to goal is to gain FDA clarification around what data is needed to move the technology toward human clinical trials. “That is our number one goal,” said Meyers. The team also has published evidence of diabetes and weight loss efficacy and is advancing these indications in parallel to alcohol use disorder.

“This technology goes far beyond substance use disorder,” Meyers explained. “We have the opportunity to treat a wide array of conditions that either didn’t previously have a deployment mechanism that worked, or can leverage our technology to significantly improve the patient experience and treatment effectiveness.”

Noting expected skepticism – is it too good to be true? – Meyers explained that the platform can be programmed to produce any chemical the body produces or has stopped producing. “The opportunities are endless,” he said. “We have strong evidence and data from our studies that show this will work. That gives us hope and faith that we’ve moved past ‘too good to be true’ and into a world where this is real.”