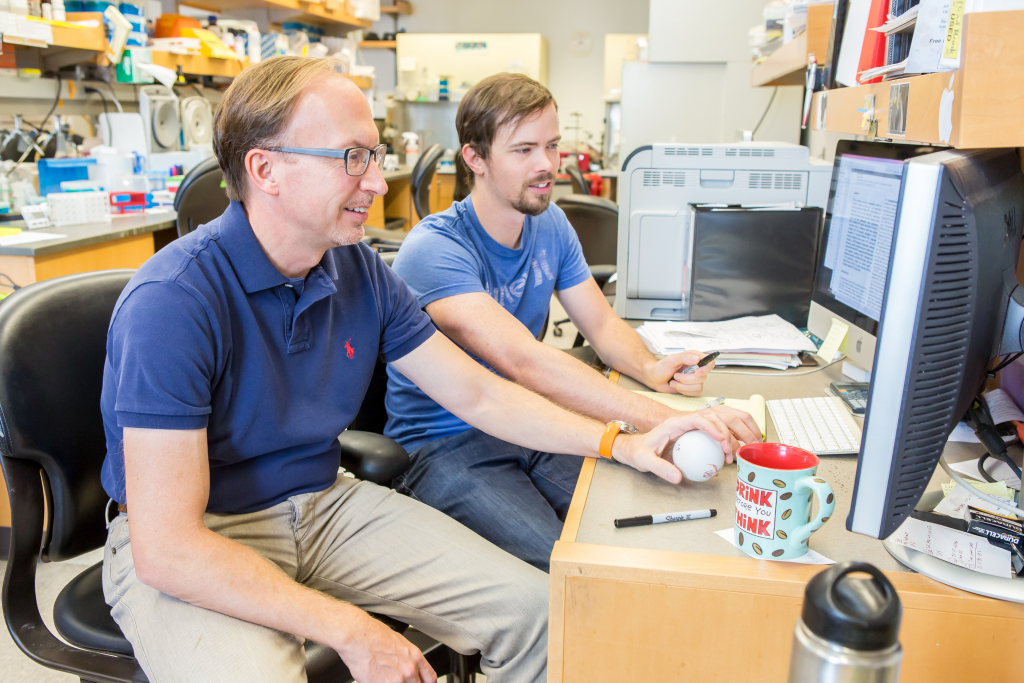 The University of Chicago spinout Pyxis Oncology has signed a worldwide licensing agreement with Pfizer after raising $152 million to further advance its portfolio of potent biologics.

Pyxis in 2019 closed its Series A funding round, which brought in $22 million, including $300,000 from the UChicago Startup Investment Program. Earlier this year, the company completed a $152 million Series B – bringing Pyxis’s total funding to $174 million.

The company was founded around novel tumor biology built on the work of Thomas Gajewski, AB ’84, PhD ’89, MD ’91, the AbbVie Foundation Professor of Cancer Immunotherapy in Pathology, professor in the Ben May Department for Cancer Research, and a professor of medicine at the University of Chicago.

Gajewski founded and developed the concept for Pyxis in partnership with the technology commercialization team at UChicago’s Polsky Center for Entrepreneurship and Innovation.

“His work on understanding the tumor microenvironment led to the discovery of several promising targets that could vastly improve the current standard of care,” said Lara Sullivan, MD, chief executive officer of Pyxis, speaking to the research advancements made by Gajewski in his more than 20 years studying cancer biology.

“Cancer immunotherapy has revolutionized the field.”

In some cases, immunotherapy is now the main, frontline therapy for cancer before chemotherapy or radiation. “To have it go from this fringe field with people believing that it could work because of certain biologic principles, to have it enter the mainstream of cancer therapy, is extremely exciting and rewarding,” Gajewski added.

As the company’s team grew to include industry veterans such as Sullivan, who spun out a clinical-stage biopharma company from Pfizer, and chief scientific officer, Ronald Herbst, PhD, who was previously the vice president of research and development and head of oncology research at MedImmune, Pyxis began to explore adjacent scientific modalities. Ultimately, the company expanded into ADCs, which Sullivan said have demonstrated clinical potential. “The segment of ADCs that we have chosen to pursue are potent tumor killers which have local immunomodulatory effects, meaning they behave similar to immunotherapies,” she explained.

The new funding will support its organizational growth and pipeline evolution, including both its ADC and immuno-oncology (I/O) programs. Additionally, under the terms of the agreement with Pfizer, Pyxis received worldwide rights to two of Pfizer’s ADC candidates and access to its next-generation ADC development platform.

“Our ADCs use site-specific conjugation technology to improve the stability and activity of these drugs, which could potentially reduce side effects while improving efficacy,” said Herbst. Gajewski noted that one of the ADC targets is “very broadly involved in many cancers.”

“If this is successful it could be a game-changer because you could apply this to multiple different cancer types,” said Gajewski, who credits the Pyxis leadership, and Sullivan specifically, for coordinating the deal. “It’s a good argument for the value of individual people. Individuals matter,” he said. “It also speaks in favor of this business model where you take the science from academia and you get the company going, but then you have people who are networked in the biotech and pharma industry who drive the business development.”

Said Sullivan, “Drug development requires the marriage of strong science and a sound corporate strategy. At Pyxis, we’ve selected an expert team from all aspects of the industry capable of identifying promising drug targets and stewarding them to the clinic.”

Maintaining this “agility” between the startup and scientific founders is useful for several reasons. “There could be a lot of experiences and expertise and observations that don’t get delivered in a written document. The ideas are more expansive than just what’s written in the patent application,” Gajewski said, “Maintaining that ancillary knowledge in the early days of the company is really useful.”

Gajewski, who is overseeing Pyxis’s scientific advisory board, noted that optimizing this interaction between academia and industry has led to an accelerating pace of “discovery to patient” over the last five to ten years. “That’s good for all of us as humans and citizens of the world,” said Gajewski, “and it is fun to be in the middle of it.”

For Pyxis, this has meant an accelerated move from inception to first-in-human trials – with its ADCs expected to enter the clinic in 2022. In the next five years, Sullivan said the company will continue to advance its assets in the clinic while expanding and refining its portfolio by identifying the most promising cancer treatments.

“While currently marketed immunotherapies represent a significant improvement in the standard of care, they focus only on a handful of targets,” added Sullivan. “Our platforms aim to close this gap by identifying novel regulators of immune activity and developing drugs capable of targeting them to reengage the immune system and fight cancer.”

Back at the University of Chicago, Gajewski is conducting clinical studies in patients being treated with various immunotherapies, which includes collecting patient samples and examining why some are don’t respond to treatment. “This work becomes a discovery opportunity,” he said, noting that the findings can be brought back to his lab to further the research – and potentially to Pyxis for further commercialization.