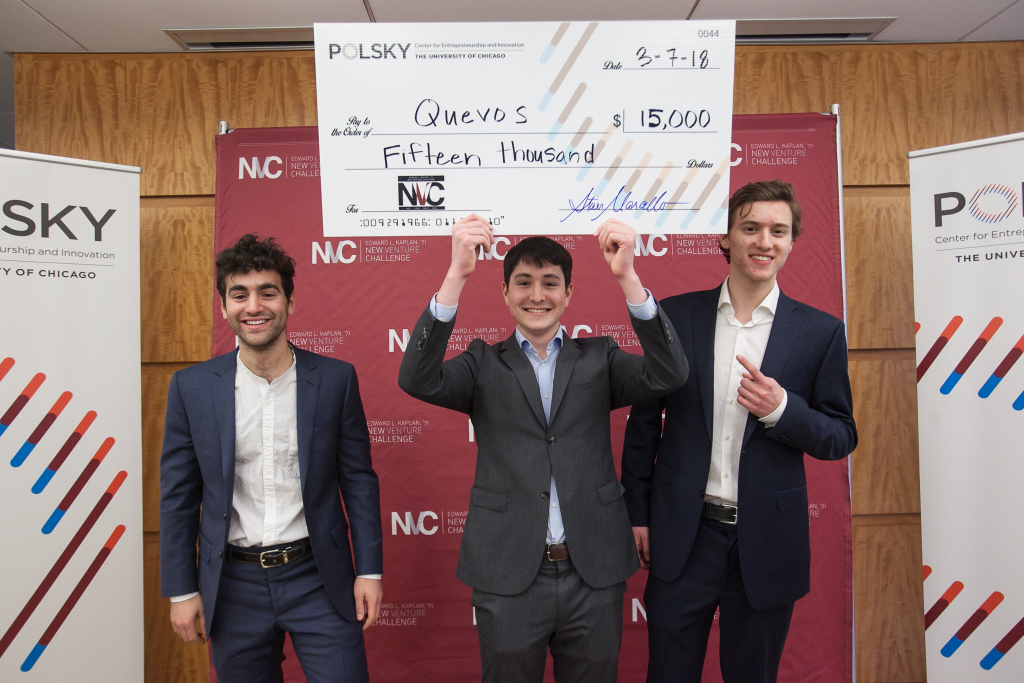 Quevos cofounders, Nick Hamburger and Zack Schreier, will appear on ABC’s entrepreneurial reality show, Shark Tank, this Friday, January 22 at 8:00 p.m. EST. In the pre-taped episode, the cofounders will pitch their company to the show’s panel of investors (“sharks”) in the hopes of getting a deal.

The Polsky Center last spoke with Hamburger about Quevos in May of 2020. At that time, the company had just been picked up by Whole Foods locations in Illinois, launched its Dill Pickle flavor, and was gearing up to partner with Wegmans, an East Coast supermarket chain.

When the pair learned they’d be on Shark Tank, they were “over the moon,” according to Hamburger. “We were really interested in possibly making a deal with one of the sharks,” Hamburger explained. In particular, they were excited for Mark Cuban and Lori Greiner, two of the show’s “sharks” who have a history of making food deals.

To prepare, the cofounders had several of their investors “grill” them over Zoom, said Hamburger. They also watched as many Shark Tank episodes as they could. “In the week before, I think we probably spent maybe 40 hours on [watching Shark Tank],” he remarked.

Though Hamburger could not give too much away with the show yet to air, he shared his excitement about seeing the episode, which he and Schreier will watch on Friday with a few of their friends in lieu of a large Zoom party.

The past few months have been eventful for Quevos. The company’s new honey mustard flavor launched at the beginning of the New Year. In December, the company had its biggest launch yet with the Vitamin Shoppe, a nutritional supplements retailer.

To see the Quevos team in action, tune in to Shark Tank this Friday, January 22 at 8:00 PM EST.