Quevos, the ‘Better for You’ Chip, Expands in the Snack Aisle

Nick Hamburger and his company, Quevos – a low-carb, high-protein egg white chip brand – are taking the world by storm.

The idea arose from Hamburger’s original business partner and co-founder, Zack Schreier, who is a type one diabetic, and wanted a snack that didn’t require an insulin injection. To this day, Quevos offers a healthy alternative to name brand chips.

Since Quevos took first place at the 2018 College New Venture Challenge, the company’s been unstoppable. That summer, Kraft Heinz selected Quevos to participate in the inaugural class of its incubator, Springboard. There, the company received $50,000 and built their brand, working with mentors and studying up on business strategies. In October, just a few months after leaving Springboard, Quevos launched its product in a dozen stores around Chicago. 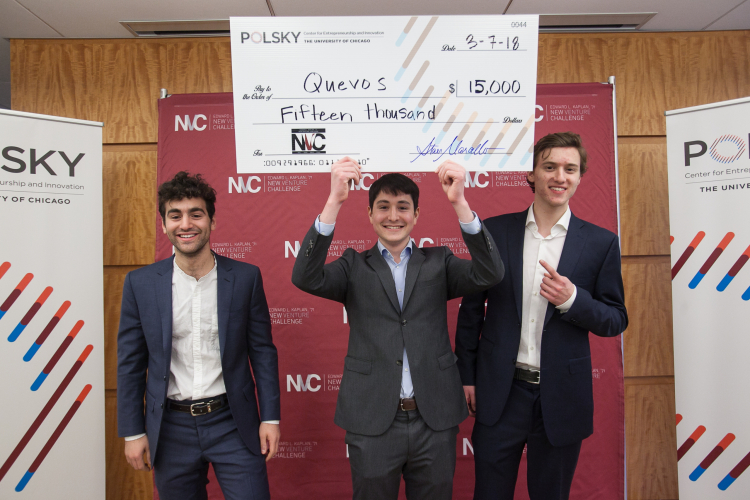 The next six months found Hamburger testing the product, receiving feedback, and improving its packaging. As word of Quevos grew, he launched their Kickstarter in the spring of 2019, hoping to develop a loyal following. Hamburger still regularly updates the page, communicating to Quevos’ more than 400 backers the latest happenings. This includes extending exclusive deals and discounts on their products, such as on their latest flavor, Dill Pickle.

“We’d always thought we’d stick to more normal flavors,” Hamburger says, “just because the product itself is so different.” Dill Pickle could’ve been seen as a risk, but with its well-received testing and yummy taste, it was only a matter of time before it finally came on the market last month.

Right now, Hamburger works tirelessly on distribution. “Ultimately,” says Hamburger, “our goal has always been to be the ‘better for you’ chip in the snack aisle.” It’s definitely on its way there: Quevos is stocked in over 350 stores. In late 2019, it won a contest held by Peapod for Chicago brands. Then, Hannaford, owned by Peapod, reached out to carry the chip. This led to Quevos being on the shelves in all 148 Hannaford stores across New England. 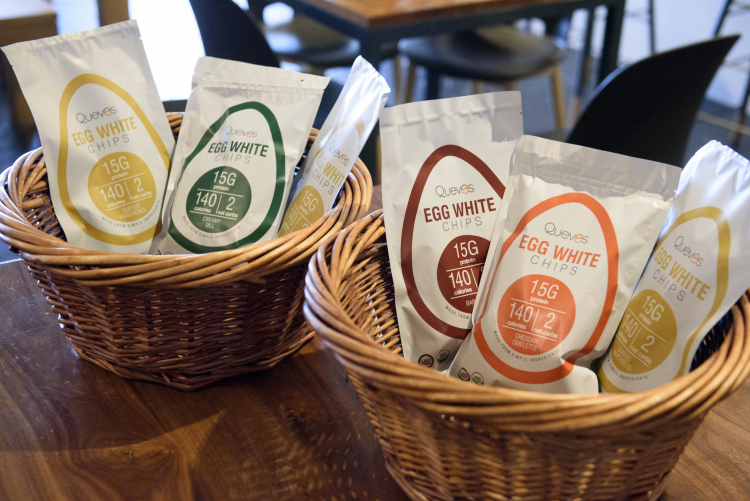 This April, though, Quevos achieved its dream: Whole Foods. You can now pick up your favorite flavor of Quevos in any of the 28 Whole Foods stores in Illinois. “It’s definitely been rewarding. When we started, [Whole Foods] was the number one store we wanted to get into,” Hamburger says. This milestone has been in the works for a long time.

The last two years, Hamburger has submitted the product every few months for review. He’s not one to dwell on victories, though. Now that Quevos is in the Illinois locations of Whole Foods, Hamburger has his eye on national distribution. “We’ve definitely made a lot of progress, and I’m proud of it, but I’m always … immediately thinking what we should do next to keep expanding.” Hamburger certainly hasn’t dropped the ball, because in early June, Quevos will be carried by Wegman’s.