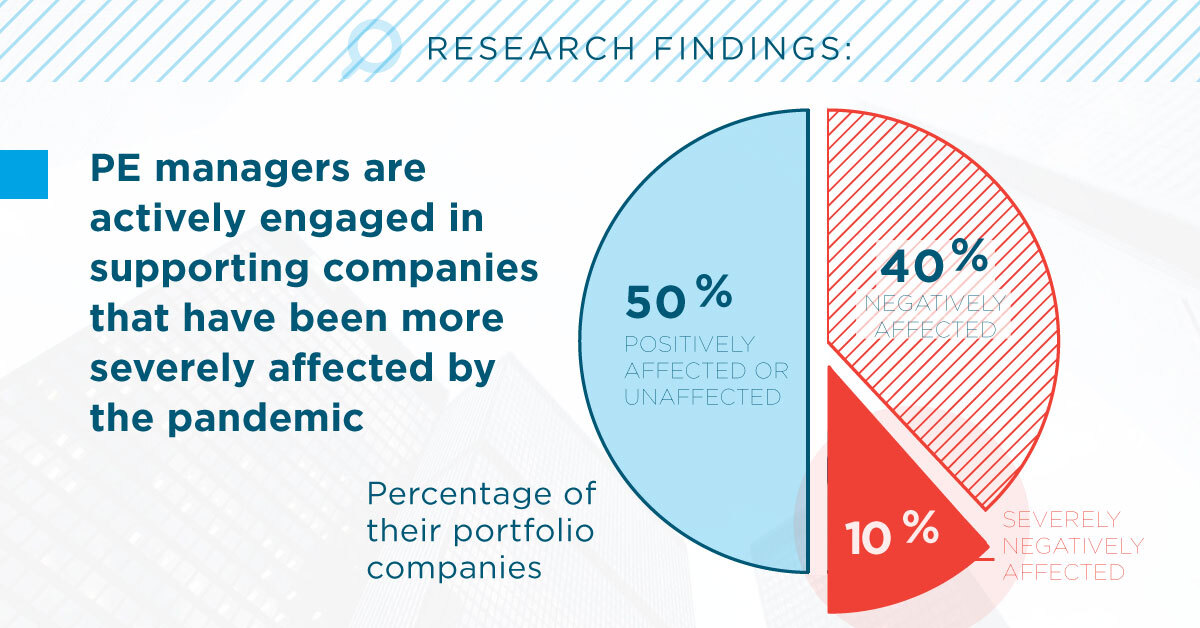 Researchers recently asked more than 200 private equity (PE) managers about the performance of their portfolio during the COVID-19 pandemic – inquiring about their decision-making and other activities in a time of ongoing uncertainty.

Co-author Steven Neil Kaplan, Neubauer Family Distinguished Service Professor of Entrepreneurship and Finance at the University of Chicago Booth School of Business and Kessenich E.P. Faculty Director of the Polsky Center for Entrepreneurship and Innovation, said PE managers were not as optimistic as the venture capital (VC) investors previously surveyed.

As Kaplan explained in the report published in August, “VCs appear surprisingly positive about the effect of the COVID pandemic, expecting they will incur only small overall losses.”

Similar to the VC firms, PE companies spent a lot of time in the second quarter “triaging” – figuring out what they needed to do for their companies, as they expect the performance of their existing funds to decline.

“What was surprising is that [PE managers] felt that the returns of their funds were going to go down – and they were going down 4-5% per year,” said Kaplan, who described this as a “reasonably meaningful negative hit” to performance, and one that is greater than the VCs reported.

In line with this, information technology (IT) and healthcare were cited as the two most attractive industries in which to invest – as PE managers said they are still seeking new investments despite current challenges. Among the criteria used to evaluate these new investment opportunities is, most importantly, the business model, followed closely by the management team.

Relative to survey results from 2012, Kaplan said the PE investors today noted placing substantially greater weight on revenue growth for value creation. “When they make investments they are really focused on finding businesses they can grow, rather than finding businesses in which they can cut costs,” he explained.

PE firms also are giving a larger equity stake to management teams, according to the report. Kaplan said this suggests that the management teams have become more important, have gained more bargaining power, or some combination of the two.