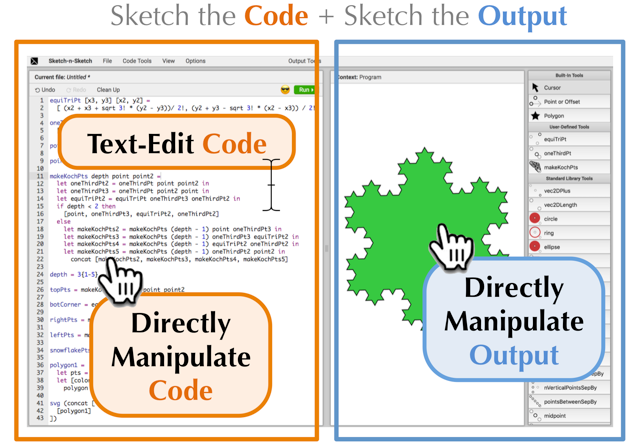 Ravi Chugh, an assistant professor in the department of computer science at the University of Chicago, is developing programming language technology for applications in software engineering and human-computer interaction.

“Software applications for creating and managing documents, spreadsheets, presentations, calendars, and so on generally work in two ways,” explained Chugh – either programmers write code to generate these digital objects or end-users use graphical user interface (GUI) software that has a set of pre-defined features. 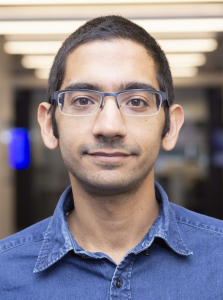 “Both code and GUIs provide distinct and complementary strengths,” noted Chugh. While code is “expressive and reusable,” GUIs provide “intuitive and concrete interactions for object creation and manipulation,” he explained.

Chugh, who joined the University in 2014, said his research aims to bridge this gap, “designing programming systems that enable a variety of users, both novice and advanced, to harness both the expressive power of programming and the cognitive efficiencies of GUI-based manipulation.”

“This goal requires advances in programming language design and implementation, as well as in human-computer interfaces for exposing new programming capabilities to users,” he added.

Later this month, Chugh will discuss how he’s working to achieve this goal, further detailing his research at 2020 Illinois Ignite, a virtual showcase focused on breakthroughs in healthcare, computing, advanced manufacturing, and more.

Specifically, Chugh will present Sketch-n-Sketch, a programming environment, which he said encompasses new techniques in program synthesis, bidirectional programming, live programming, and graphical user interfaces. “I will demonstrate how Sketch-n-Sketch enables users to create vector graphics diagrams and HTML pages through a unique combination of programming and direct manipulation,” he added.

Additionally, Chugh will describe Tharzen, a startup that is working to scale these techniques for use in real-world web development and content management systems. The Tharzen team, led by Mikaël Mayer, a postdoc at the University of Chicago’s Department of Computer Science, participated in the Polsky Center’s 2019 Summer Accelerator Program.

Mayer, the chief technology officer of Tharzen and a former Google engineer and Microsoft researcher, worked with Chugh on the underlying technology that has been incorporated into Tharzen’s offering.

The team also was one of four finalists for the fall cohort of the 2019 George Shultz Innovation Fund and tied for fifth place – bringing in $20,000 – at the 24th annual Edward L. Kaplan, ’71, New Venture Challenge earlier this year.

Chugh is among several University of Chicago researchers showcasing their work at Illinois Ignite 2020 later this month. Pre-recorded presentations will be posted on September 24, 2020, and will remain live until October 9, 2020.