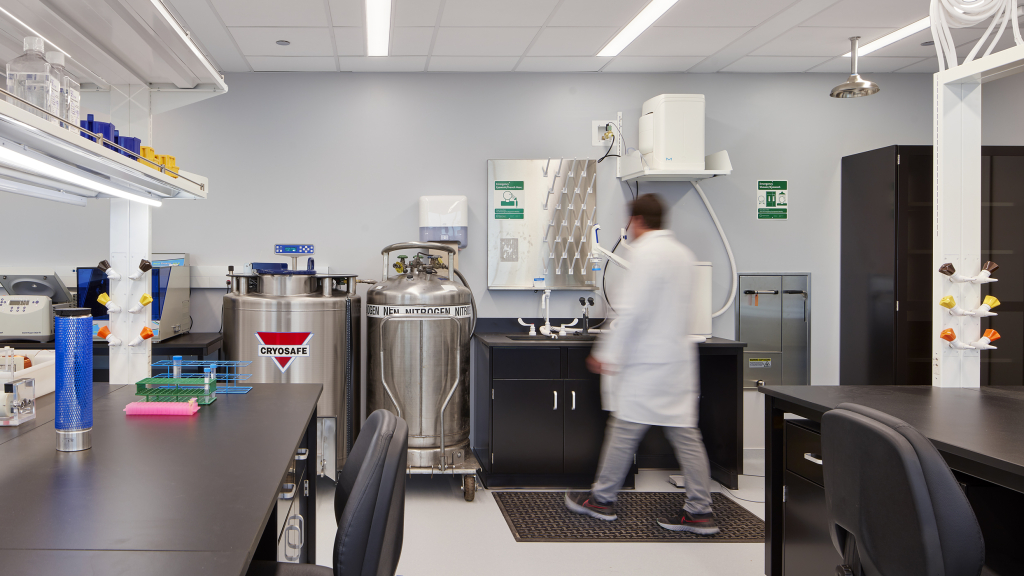 ClostraBio will use the Series A funding to build out its team and move to lab space seen here at Portal Innovations. (Image credit: Corey Gaffer © Gaffer Photography)

University of Chicago spinout ClostraBio has closed a $4 million Series A-1 financing round to accelerate development of its lead candidate, expand its plug-n-play platform, and build out its team.

Many currently available options suppress immune response and are not specifically for the treatment of mild-to-moderate UC cases, which is where ClostaBio is focused. “It’s a big unmet need,” said ClostraBio Chief Operating Officer Brett Newswanger.

The company also this week announced that it has received notification from the United States Patent & Trademark Office that its key platform patent will be allowed.

“What we really like about ClostraBio is the fact that they have been able to de-risk their technology and their lead asset to a point where they are less than 18 months from the clinic,” explained Gianina Varea, director of portfolio development at Portal Innovations, which was joined in the round by both new and existing investors. “There is not just a big market, but a very impactful opportunity right here.”

There also is a straightforward, clear plan for execution, she added, which makes the milestones – and value – easy to see. The goal is to initiate a clinical study by the end of 2023.

“The raise will take us right to the doorstep of clinical trials,” said Cathryn Nagler, Bunning Food Allergy Family Professor at the University of Chicago and cofounder of ClostraBio.

The company plans to start fundraising again in the new year for a larger amount that will help fund the clinical trial itself.

The Problem and the Solution

ClostraBio is cofounded by Nagler and Jeffrey Hubbell, Eugene Bell Professor in Tissue Engineering who serve as the head of immunology and drug delivery, respectively – and it is this combination of expertise that Newswanger said drew him to the company: “It is a really effective partnership to solve a difficult problem.”

The problem? Delivering the therapeutic agent to the lower gut.

A world-leader in researching the microbiome and its relationship to food allergy and other intestinal disorders, Nagler has demonstrated the benefit of short-chain fatty acids (SCFAs) derived from bacteria, particularly butyrate. Produced by healthy individuals when gut bacteria break down dietary fiber, butyrate helps repair the gut barrier – addressing the root cause of various conditions, such as UC.

However, delivering butyrate to the gut where it has the greatest effect has proved difficult. It also has a foul odor and taste and in pill form, would require that patients take up to 20 to 30 capsules a day.

Hubbell has solved for this problem by designing a block copolymer to which butyrate is covalently attached. Creating a tasteless substance that can be delivered orally, the novel polymers are able to release the right dose at the right location. Importantly, they also release butyrate over time, mimicking the continuous process seen in a healthy microbiome.

“The combination is everything,” said Nagler, speaking to her work with Hubbell and noting the often siloed nature of research. “It couldn’t have succeeded without both of us together.”

The culmination of this work is in press with Nature Biomedical Engineering.

In addition to UC, the company’s preclinical data supports the ability of CLB-004 to help patients with food allergies, which they hope to target in subsequent trials.

ClostraBio is initially pursuing UC because the regulatory pathway for food allergy is much more complicated. A key medical advisor to ClostraBio, David Rubin, section chief of gastroenterology, hepatology, and nutrition at UChicago Medicine helped guide the company to focus on the mild-to-moderate colitis patient population. Data from the Phase I trials will help them initiate Phase II studies in both UC and food allergy concurrently – a “two birds with one stone” scenario. 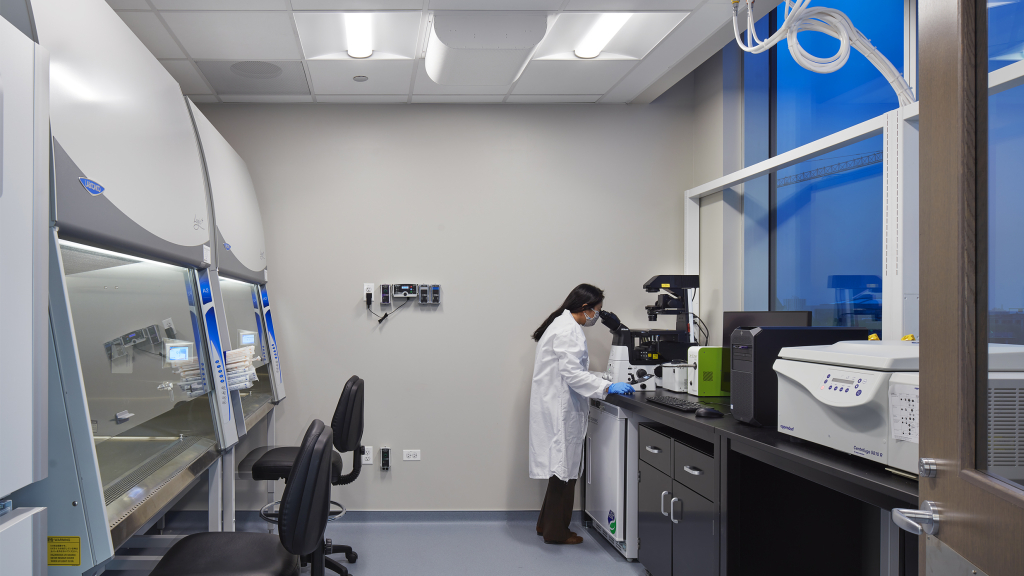 Moving forward, multiple metabolites have been identified as potential therapeutics and ClostaBio will be applying these to its technology – giving it multiple shots on goal. “It’s truly a platform,” added Nagler. “We have a whole lineup of other metabolites waiting in the wing to be conjugated to this platform.”

The “cherry on top,” as Varea described it, is this platform play: “The secret sauce is really delivering metabolites that are naturally produced by bacteria.”

The funding round announced this week follows a $3.5 million seed financing round closed in 2018. ClostraBio also in 2017 received a $220,000 investment from the George Shultz Innovation Fund and took fourth place and $40,000 at the Edward L. Kaplan, ’71, New Venture Challenge. The team has participated in several programs offered by the Polsky Center for Entrepreneurship and Innovation, including the I-Corps program and annual Collaboratorium networking event.

“It really all came together,” said Nagler, “and we now know exactly what we need to do to bring this to the clinic.”