UChicago Doctors Wanted a Better Medical Device to Treat Pulmonary Embolism. Here Is How They Made Their Own 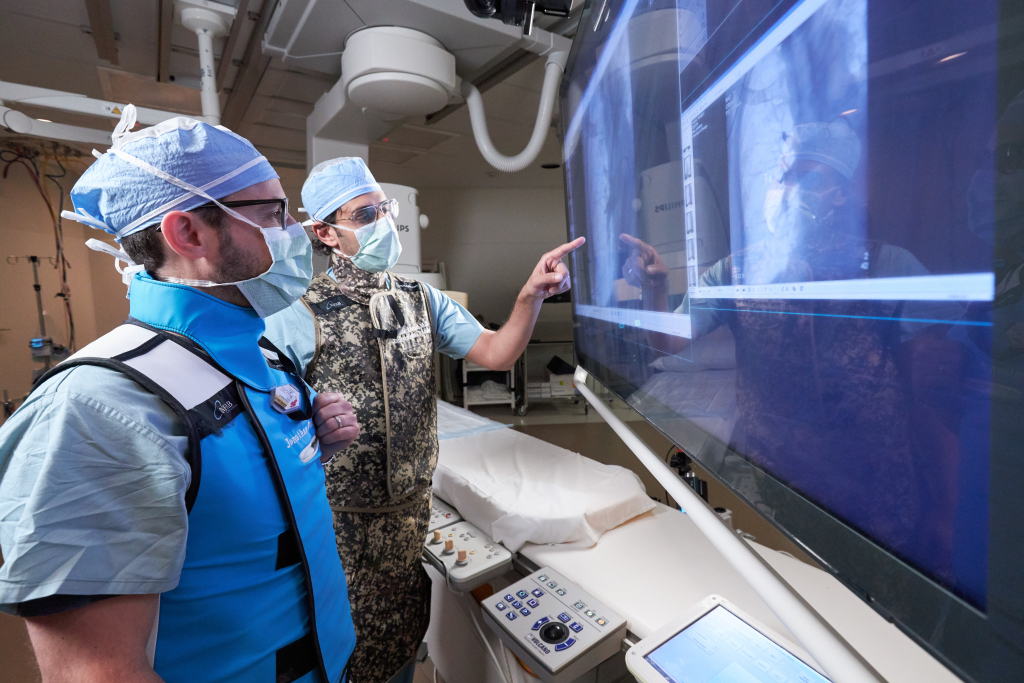 “Dr. Ahmed and I are fortunate to have strong clinical and research focuses that are very complementary,” explained Paul. “Our partnership, clinical skills, and understanding of the gaps in the literature have allowed us to build a program that is much better than if we each worked independently.”

The inception of FLOW Medical stems from this combined experience and a dissatisfaction with the current state of devices available for the treatment of pulmonary embolism. “As users of the products, we felt that we were well-positioned to create our ideal device, and we set out to do just that,” said Paul. Balancing the benefits and risks of therapy is the main issue with the invasive treatment of pulmonary embolism.

“Thrombolytic medications, which directly bind to and dissolve blood clots, are typically infused slowly through catheters, but knowing when to stop the infusion has been, to date, based on vague clinical factors,” Ahmed explained.

With this challenge in mind, the team set out to make catheter-directed thrombolysis of pulmonary embolism a more data-driven procedure, one which would provide increased feedback and control. “Ideally, this will allow the care team to find the exact point where the risk/benefit ratio is most favorable,” said Paul.

FLOW Medical’s initial product is the first catheter-directed thrombolytic catheter designed specifically for use in the pulmonary arteries, according to the duo. “Up to now, catheters originally designed for other purposes – such as small vessel arterial thrombolysis – have been used in much larger pulmonary arteries, for blood clots that are typically more organized, larger, and more diffuse,” said Ahmed. “We have incorporated several features that we feel will make the procedure simpler to perform, more effective, and with more precision.” 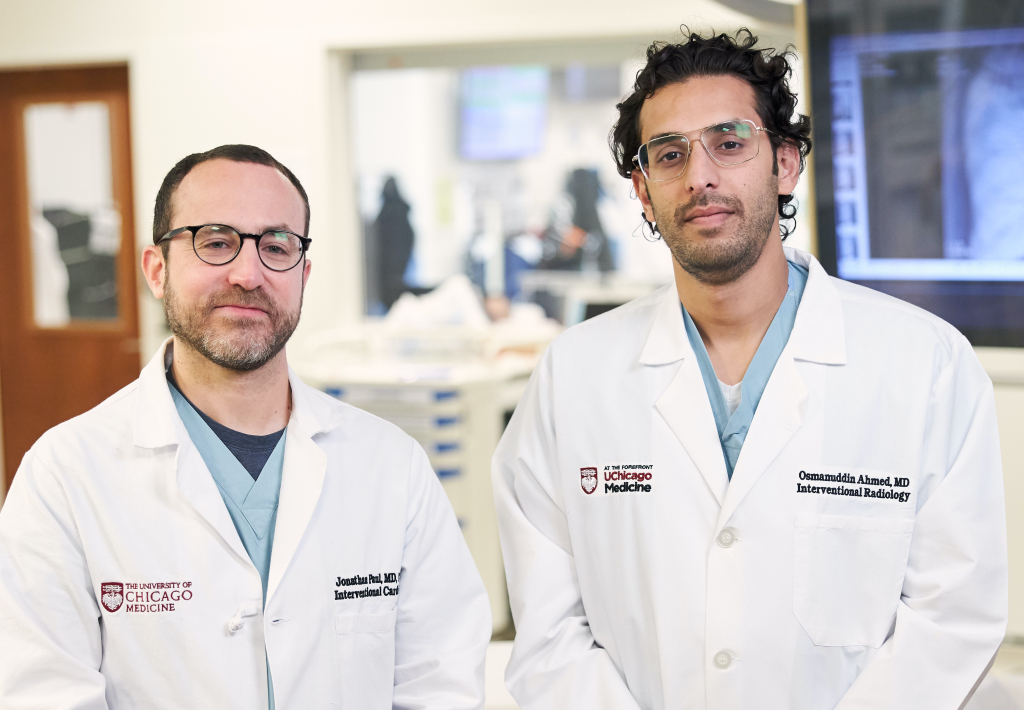 Developing the device was a collaborative process with an engineering team backed by experience in the pulmonary space. “In a short time, we have had to pivot on our design a few times already, due to factors such as how the materials interact with each other, size constraints, and simplicity,” noted Paul.

The startup also participated in the Polsky I-Corps program, which enables UChicago scientists, researchers, and students to test the commercial potential of their research and ideas. Additionally, it was selected for Cohort 4 of the Compass deep tech accelerator and is a finalist in the Polsky Center’s George Shultz Innovation Fund, which provides up to $250,000 in co-investment funding for early-stage tech ventures.

“The customer discovery process during I-Corps was invaluable,” said Paul. “Discussing the true pain points with other front line providers solidified our desire to make this product a reality. Additionally, we were able to better focus on optimizing the features of the device that are most necessary. Our initial idea is different than our current device due to this important feedback.”

FLOW Medical is currently working to finalize the prototype, with the goal of conducting animal studies in the coming months and filing for FDA 510(k) approval within the next 18 months. It also received a favorable impact score for a recently submitted NIH SBIR grant.

“Polsky has helped to provide incredible resources to us, such as I-Corps and now Compass,” said Paul and Ahmed. “We have had access to incredible talent in many areas of the medical device world, from executives at large companies to venture capital firms to other physicians/entrepreneurs. We truly would not be where we are today without Polsky.”