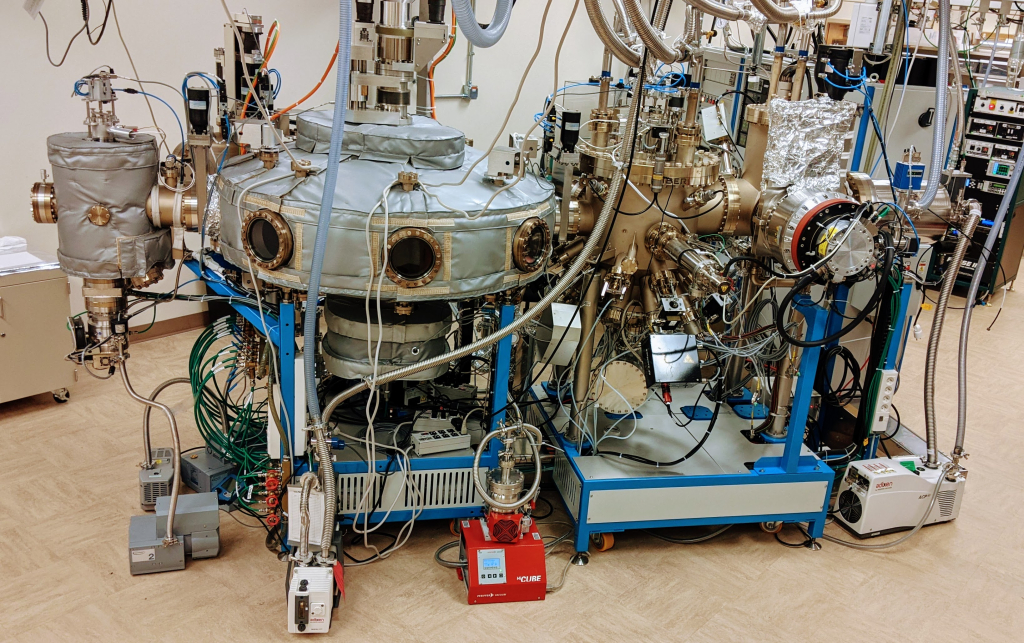 memq is developing an integrated quantum photonics platform that will enable quantum communication between computers at distances orders of magnitude greater than what is available today, according to the University of Chicago-based startup, which recently was selected to receive the George Shultz Innovation Fund award.

A “quantum system on a chip,” the startup’s platform would enable completely un-hackable communication protocols at distances spanning 1000s of kilometers using devices called quantum repeaters. “We want to bring in all components of a quantum system on the same chip,” Singh explained. “That’s where the true power of the platform really is: instead of trying to connect 20 different components we can bring it all together on a single a chip.”

The platform also is compatible with existing telecommunication infrastructures in addition to being “fab compatible,” Singh explained – which means that the material can go into an existing semiconductor fabrication plant and leverage existing nanofabrication technologies.

Singh, who this month defended his thesis at the Pritzker School of Molecular Engineering to receive his PhD in quantum science and engineering, is also a trained chemical engineer with a background working in the semiconductor industry. This experience gave him insight into scaling a technology and bringing it to market – knowledge which he has applied to memq.

“Having industry experience conditioned me to look for opportunities,” said Singh. “That challenge of taking research and making a product that is useful for consumers got demystified, which became useful later.”

When he came to the University to start his PhD, Singh began looking at silicon-compatible solid-state hosts that could be used to place potential qubits, or quantum bits, the basic information unit in a quantum computer.

“We had our dead ends but that just meant that we needed to explore more,” said Singh. The team eventually found a combination of materials that were very compatible with silicon, he explained, “That seemed to me that this could be it.” 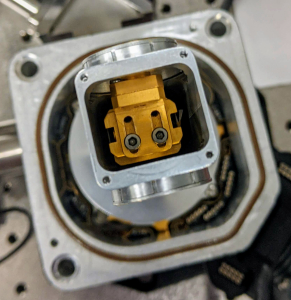 A Helium Cryostat for characterizing samples.

To explore the potential of building something commercially viable, Singh approached his advisor and connected with Sullivan, who contributed to the efforts to create the quantum link, which is being used as a testbed for quantum communication technologies.

“The next generation of information processing is already here and all these potential quantum technologies are going to need to be able to communicate,” said Sullivan. “When Manish approached me with the idea of taking some of the complementary research that he and I had both been working on and seeing if there was commercial potential, I was really sold by the fact that a lot of the fundamental science has already been done; it’s been pioneered. Now what we have is an engineering challenge,” he said.

As a first step, the duo participated in the Energy I-Corps Program, which is designed to help researchers test the commercial potential of their ideas. This brought them into the Compass, a six-month accelerator program that provides participants with access to world-class resources, including business expertise from the University of Chicago Booth School of Business and the Polsky Center.

“The Compass accelerated the timeline that we had in mind. We went in without a business plan; we had a technology but needed to figure out what to do with it,” noted Singh. With no previous entrepreneurial background or training, Sullivan added that the Compass program was incredibly valuable. “Our coaches were super great at helping us prepare for the Innovation Fund finals,” he said.

The goal is to advance the proof-of-concept to create a working prototype of the proposed device by this time next year and to grow the team to around five with a mix of capabilities, which Singh explained would enable memq to start working on “different frontiers.”

Said Sullivan, “We’re right on the cusp of taking these new quantum technologies and taking them from fundamental science and bringing them into actual engineering projects.”