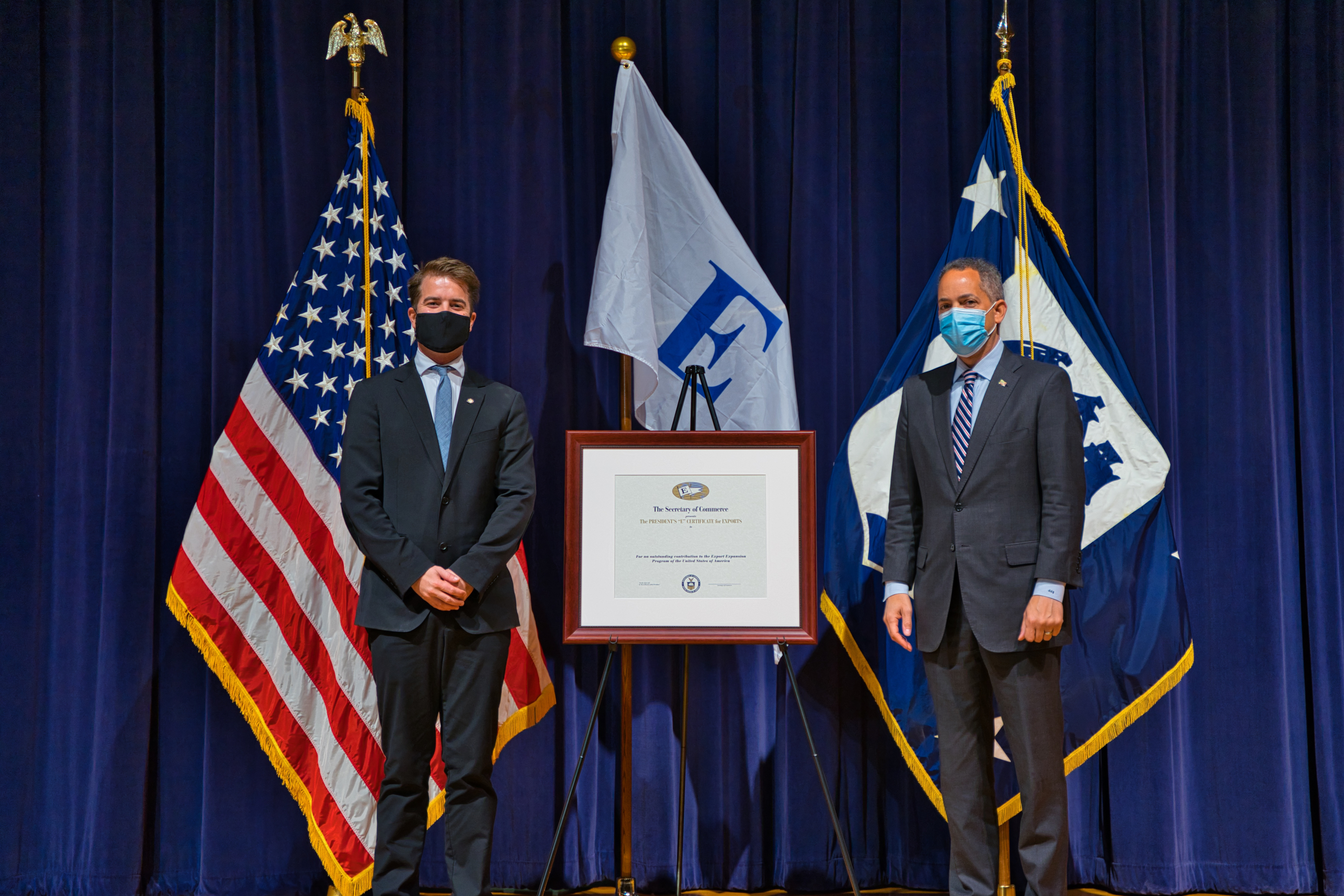 AMOpportunities has been awarded the highest honor bestowed to U.S. exporters for its work connecting international medical students with U.S. clinical opportunities and managing training programs for healthcare schools and hospitals.

Nominated through the U.S. Commercial Service, which is part of the Department of Commerce’s International Trade Administration, AMOpportunities was one of 16 organizations to receive the 2021 award recognizing entities that have grown exports each of the past four years.

AMOpportunities was the winner of the 2017 Edward L. Kaplan, ’71, New Venture Challenge, Chicago Booth’s renowned startup accelerator for MBA students. CEO Kyle Swinsky, MBA ‘19, cofounded the company in 2013 while he was a pre-med undergraduate at the University of Wisconsin-Madison.

The “E” award is the highest honor given to U.S. exporters, according to the Commerce Department.

“AMOpportunities has demonstrated a sustained commitment to export expansion,” U.S. Secretary of Commerce Gina Raimondo said in her congratulatory letter to AMO, according to a company press release. “The ‘E’ Awards Committee was very impressed with AMOpportunities’ rapid development of virtual product offerings and expansion of services to students despite pandemic-imposed travel restrictions.”

AMOpportunities, which has 31 employees, originally launched as a service to help international medical students secure clinical training opportunities in the U.S. by assisting with visas, housing and other logistics. It has since shifted to a B2B model whereby it helps global medical schools and U.S. hospitals increase training capacity so that they can host more students. Partners include the University of Miami, UChicago Medicine, MedStar Georgetown University Hospital, Florida International University, and UI Health.

The company has connected more than 3,500 students with rotations at more than 250 clinical sites. In May 2020, the startup launched virtual telehealth-based training rotations, which helped it thrive during the pandemic even as travel stopped.

AMOpportunites’ business is considered an export in that it exports U.S. education via clinical experiences, which generate revenue for U.S. hospitals and other clinical sites. Its aim is to help ease the looming physician shortage in the U.S. and enhance diversity in the healthcare workforce.

“This is an incredible honor and accomplishment for AMO,” Swinsky said in his company’s release. “As a company that connects international medical students and graduates with clinical training in the U.S., we were severely affected when international travel was shut down due to Covid-19. The fact that we were able to see growth during a pandemic is a tremendous feat.”