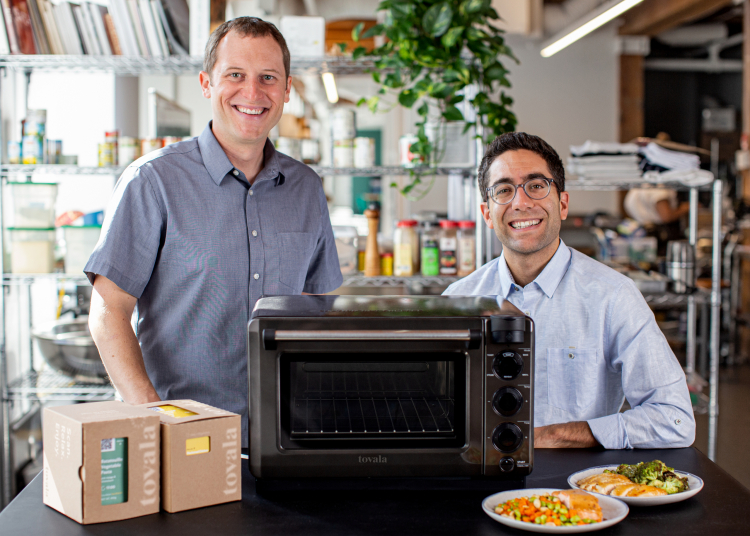 The meal service company and countertop smart oven, Tovala, has closed a $30 million Series C funding round – with plans to open a new production facility and build out its team, which increased by 40% in the past year.

Founded by University of Chicago Booth School of Business alum David Rabie, MBA ’15, Tovala has raised more than $50 million in the past six months, following a Series B funding round in June 2020 that was backed by the University of Chicago as part of the Startup Investment Program, an initiative in which the University co-invests in startups led by faculty, students, staff, and alumni, together with established venture funds.

This new round of funding is led by Left Lane Capital, a venture capital and early growth equity firm that invests in high-growth internet and consumer companies. Rabie said that the Tovala team felt an “instant connection” with the investor. “We loved that we were aligned on the vision for the company and their strong track record in investing in businesses like ours,” said Rabie. “We felt like they could help accelerate this business and help take it to the next level.”

For Tovala, 2020 was a year of immense growth. The company launched over 400 new meals to the weekly menu, made available meal customization possibilities, and introduced premium meals that included steak and seafood. Tovala also rolled out a national advertising campaign on TV, as well as worked with new high-profile customers. In the past 18 months, the company increased its annualized revenue by ten times.

In 2015, Tovala won the Polsky Center’s nationally-ranked accelerator program, the Edward L. Kaplan, ’71, New Venture Challenge (NVC), taking home $70,000. “How we think about presenting our story and pitching to investors, I think a lot of those fundamental tenets were ingrained in me during the NVC,” Rabie said.

Tovala also participated in the Winter 2015 cohort of the Polsky I-Corps program. That same year, Rabie was a Polsky Founders’ Fund Fellow (PF3).

“I don’t think our company gets to this point without the support of Polsky and the University,” said Rabie. “Whether it’s some of the people that work for us or our investors or just our brand recognition within Chicago, I think the Polsky Center has contributed a lot to all of those things.”