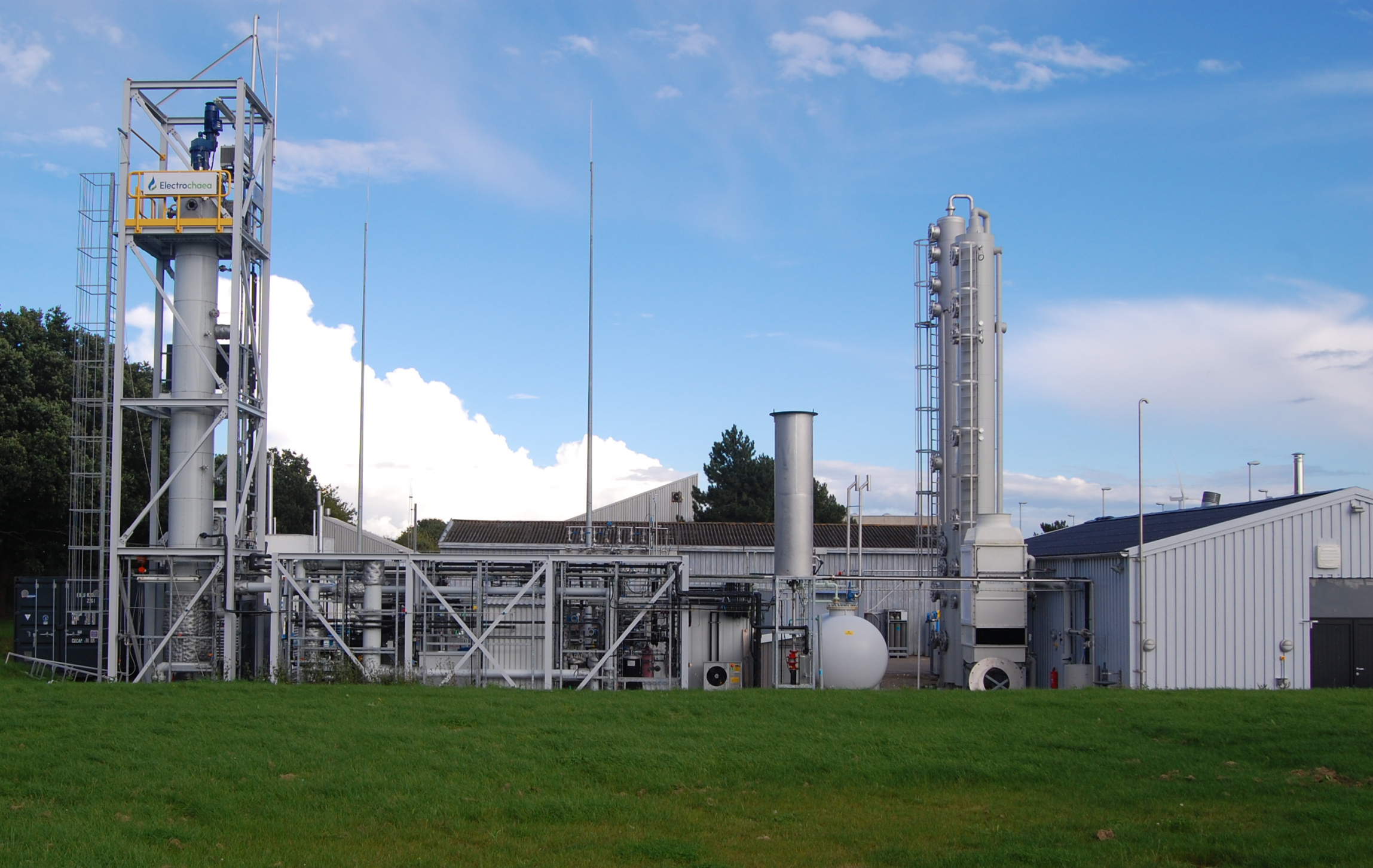 Electrochaea continues to maintain and operate the BioCat Plant (above) as a demonstration site for the power-to-gas energy storage technology. The plant in Denmark features a biological methanation system that uses methanogenic archaea and the proprietary bioreactor developed by Electrochaea. (Image credit: Electrochaea)

The natural gas grid is the largest battery – one that could be used to store and distribute clean, renewable methane created through a unique process first developed at the University of Chicago.

Founded in 2014, the company has successfully scaled up the process from the lab to industrial-scale pilot plants in Denmark and Switzerland. In 2019, Electrochaea opened a third pilot plant at the US Department of Energy’s National Renewable Energy Laboratory (NREL) in Golden, CO, with support from SoCalGas.

Most recently, the company has established a US subsidiary, Electrochaea Corporation, in Sacramento, California, and has a robust pipeline of potential renewable methane projects as it moves forward with commercial roll-out in North America.

Taking its name in part from “archaea,” an ancient microorganism used in the company’s process, Electrochaea is able to combine hydrogen from renewable energy and carbon dioxide into grid-quality methane, which can be stored and used on-demand in the existing natural gas grid. 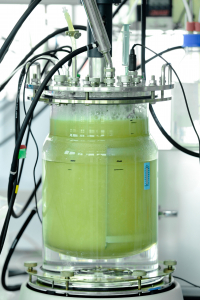 The technology was developed by Mets, who has had a long time interest in studying organisms, like microalgae, that harvest their own energy via photosynthesis.

Mets previously participated in a report sponsored by the Department of Energy (DOE) to examine the technical feasibility of producing, transporting, storing and using hydrogen as a major energy carrier, rather than carbon-based fuels. He described the experience as an eye-opener. “What I learned was that the hydrogen economy was not coming any time soon. There were too many physical and economic barriers,” he said, including a lack of infrastructure and efficiency challenges.

In search of practical applications, Mets proposed an alternative: taking hydrogen produced by hydrolysis with renewable power and combining it with carbon dioxide to make methane, using archaea as the catalyst.

The researchers did several experiments to demonstrate the archaea could make methane from raw biogas before connecting with Mich Hein, who was at the time an executive-in-residence at UChicago’s technology transfer office (now the Polsky Center for Entrepreneurship and Innovation). Hein, who is the CEO of Electrochaea, had started a small investment group looking at early-stage technologies and led the scale-up in Denmark to a 5000 L reactor in 2013.

“Electricity doesn’t come from nowhere,” he said. “You can’t generate it in the middle of the night with solar panels, but you can store in it the chemical bonds of methane – and then ship it around and use it when needed as a renewable fuel.”

“The distribution and storage network is there – the natural gas grid is the biggest battery,” said Hein.

While the market development has come slower than anticipated, Hein is optimistic that uptake will accelerate: “The validation of our technology for commercial projects coincides with growing awareness of climate change and broad interest in investments that can dramatically reduce our carbon footprint. Further, the capacity of renewable electricity is both greater than ever and limited by its inherent intermittency. Renewable power can, however, be used to make hydrogen that our technology will mix with carbon dioxide and the catalyst developed at UChicago to create methane.”

“The system needs to be set up for the market to accept new technologies,” added Mets, who noted that required changes in the market structure could be fairly simple to envision, but often need a combination of government, corporate, and social motivation to progress.

Working with utilities, players in the oil and gas industries, cement producers, and wastewater treatment plans, the company has multiple opportunities pending, including several on the West Coast, which Hein hopes will translate into commercial projects.

Electrochaea also was recently tapped for a large project in Belgium. Mets noted that the announcement is important and timely and “will provide a key demonstration of the practicality and utility of biomethanation at an industrial scale.”

For Mets, the highest aspiration is to find a way to replace petroleum – a goal he is working toward currently in his lab at UChicago. “I started looking at how many different chemicals the organisms would have to make in order to replace our dependence on oil, beginning with the transportation industry,” he explained.

Mets has been working on developing the methods that would enable the use of the same facilities used to make the renewable methane. “Instead of having to build a new plant to make one of these other products,” he said, “you could just change the catalytic organisms in the reactor in order to make different compounds that are currently produced in petroleum refineries.”