AI, Measurements Workshop to Explore the Intersection of Machine Learning and Physics 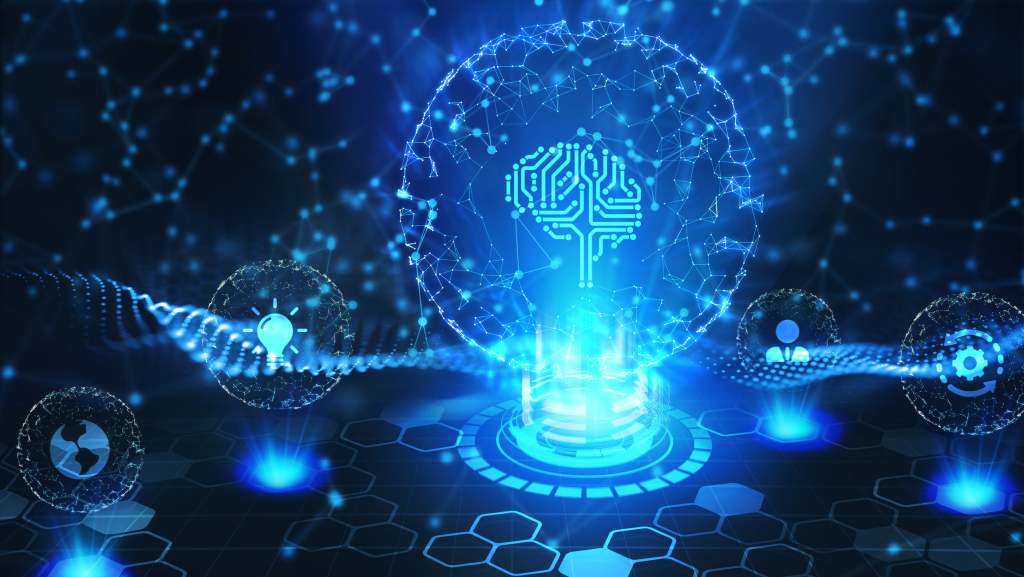 The University of Chicago’s Office of Research and National Laboratories Joint Task Force Initiative earlier this year awarded a second round of AI + Science grants to three projects and two workshops.

Bringing together researchers from UChicago, Argonne National Laboratory, and Fermi National Accelerator Laboratory, the Joint Task Force Initiative was launched in 2018 with a $3.5 million commitment from the University to fund national laboratory programs and operations.

The first of these grants was awarded last year as the University aims to more deeply explore artificial intelligence and quantum science. This year, working with UChicago’s Center for Data and Computing, $250,000 in funding will be distributed to recipients from all three institutions.

Among the investments is an “AI + Measurements” workshop, planned by Eric Jonas and Yuxin Chen, assistant professors of computer science at UChicago, and Jayakar Thangaraj of the lllinois Accelerator Research Center (IARC) at Fermilab. The workshop will explore opportunities for AI in meteorology, cosmology, particle physics, chemistry, and other fields.

Jonas, who came to the University last summer, focuses on machine learning and biology – specifically, how to make better measurements to better understand biological data. “A lot of what we’re focused on is trying to find ways of building systems that let us make better and smarter measurements – and let us understand more complied data in a way that scientists can trust,” said Jonas.

Part of the hope with the grant is to bring more focus to the intersection of machine learning and physics, an area where he feels there is underinvestment. “How can we get together a bunch of people to talk about these things? The workshop series is a nice way of doing that,” he said.

Having some formal training in biology, Jonas’ approach is to engage with a very small number of domains, very deeply. He started off in graduate school building hardware to record data from the brains of rats, building circuits, and conducting small animal neurosurgery. Halfway through, however, he felt a general malaise and began to question why he was focused on getting more data when no one was doing a good job analyzing the information.

This question – and lack of a clear answer – turned him toward machine learning and eventually a startup that focused on hardware and software tools related to the technology. After moving to the California Bay Area to pursue his first company, which ended up shuttering, he successfully built a technology that was eventually acquired by Salesforce, where he led the company’s machine learning work for a year while defining his thesis.

“Machine learning is very hot right now,” noted Jonas, who is a self-proclaimed cynic about the oft-touted and over-hyped technology. “In spite of tremendous effort, most things that people are talking about don’t work all that well, which is a real challenge,” he explained.

Speaking to image recognition as one area of machine learning, Jonas noted that recognizing a cat from a dog isn’t a big deal, but it is applications such as biomedical imaging in tumor detection that have real severe costs often associated with wrong answers.

“Board games are games specifically because everyone knows all the rules and everything that is happening at the same time,” he said, referring to the success of DeepMind, an AI company, at getting a computer to beat the world champion of Go, a game that originated in China more than 3,000 years ago. The game involves two players using either white or black stones. Each take turns moving the pieces around the checked board, with the goal of ending up with the most pieces after all possible moves have been played.

Still, most problems are “infinitely more complicated than a 19 x 19 square of tiles,” Jonas said. The challenge he presents is figuring out the math for taking the path from your desk to the front door. A task that is far greater, computationally, though makes for a boring game.

“When we think about science problems, many of them feel like getting up from the couch and less like playing a game,” Jonas said, adding that much of his research efforts are still firmly on the “science fiction” side.

“Object recognition is a very simple task – you can build a training set and there is lots of data. For a lot of scientific discovery things are much, much harder,” he explained. “You don’t know what the answer is going to look like when you get started.”

The ultimate goal for Jonas is to be in a position where we can understand and model everything, from the underlying biology up through the data acquisition process, though admittedly, there is still a lot of work to do: “We aren’t going to make anything that’s useful for scientists in the next two to three years,” he said, “but in the next ten.”

Jonas is working with the Polsky Center for Entrepreneurship and Innovation to secure the intellectual property around his work. Familiar with the commercialization process, his first startup was spun out of MIT, where he worked closely with the technology licensing office. “I’m really excited for the opportunity Polsky represents with technology transfer,” said Jonas. “It’s great that Chicago is investing in this area.”