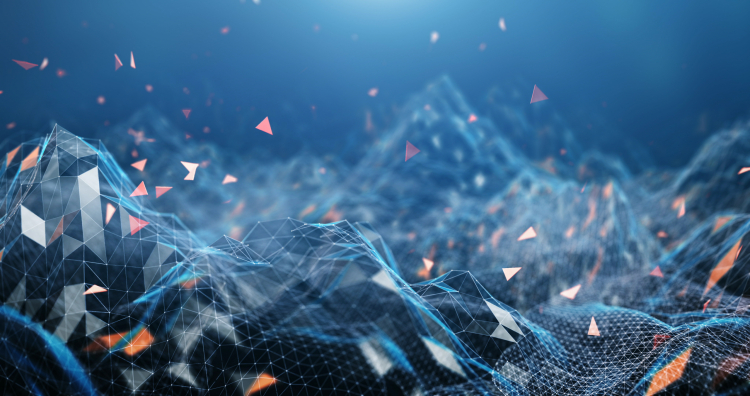 Based on biology research, Evozyne seeks to use AI for designing man-made proteins. (Image credit: iStock/DKosig)

For the last 20 years, Rama Ranganathan has been trying to understand how evolution builds complex biological systems like proteins, which are essential for the function and reproduction of organisms.

“Evolution is not like a normal engineering process,” said Ranganathan, the Joseph Regenstein Professor of Biochemistry and Molecular Biology and Molecular Engineering at the University of Chicago. “In a normal process you have a blueprint and basic principles, and some intelligent being is putting together our past knowledge to build a particular thing.”

Without a blueprint, Ranganathan and his team have developed machine-learning models that use protein information from genome databases to design synthetic proteins. This could be useful in healthcare, energy, and agriculture, among other areas.

“These powerful data-driven approaches can get the rules of design even as we are trying to understand the how and why,” explained Ranganathan, who heads the Center for Physics of Evolving Systems and directs the BioCARS beamline, a national user facility located at the Advanced Photon Source at Argonne National Laboratory. He and his team recently described the research and approach in the journal Science.

While Ranganathan will continue to study the fundamentals of evolution and protein design at the University, he is putting the conceptual technology platform to work at the company Evozyne, which he co-founded last year with Andrew Ferguson, an associate professor at the Pritzker School of Molecular Engineering.

The company, which worked with UChicago’s Polsky Center to file a patent for the core technology, is taking a new approach to molecular engineering – one that combines state-of-the-art artificial intelligence with genetic engineering technology. With these tools, they hope to find innovative ways to capture and store carbon, create new kinds of seeds, and reimagine polymer manufacturing.

The approach is unique because it flips the paradigm: “We always thought that in order to build things like proteins, we had to understand how they work first,” explained Ranganathan. “But what we have learned, and the approach we have taken to this problem, is that you can use artificial intelligence— machine learning on genome data—and learn the principles of design rules for proteins without understanding yet how they work exactly.”

The company was created by Paragon Biosciences, a life science innovator that invests in and builds bioscience companies, which brought together a full team to develop Ranganathan’s research. Importantly, backed by Paragon’s expertise, the startup has a cogent operational and go-to-market plan.

“I’ve never seen so much commercial demand for a new technology,” said Aris Theologis, vice president of portfolio management at Paragon and Evozyne’s chief business officer. “It’s going to be an exercise for us to quench that demand with that growth, but also be very judicious about where we place our strategic bets.”

In the near term, Evozyne might reimagine the manufacturing of polymers, such as plastic, as the process is currently expensive and typically petroleum-based. Theologis thinks there is a more elegant, biology-based approach – but that’s just one idea, he said. Another, in agriculture, is a proprietary gene-editing tool, which the company is developing to more easily edit and control traits within seeds.

However, the company’s most aspirational goal is carbon capture and energy harvesting. “There’s been a dream for a long time for being able to make practical the reactions that happen in photosynthesis, whereby the energy of the sun is used to produce energy,” said Ranganathan.

Evozyne is currently building out a lab that will take up the whole third floor of the old Children’s Memorial Hospital in Chicago’s Lincoln Park. “We’ve come a long way at this point,” said Ranganathan, who said a commercial team is in place and discussions are underway with several potential partners.

“It’s really exciting to think about Evozyne as being a first major startup company to emerge directly on the principles of molecule engineering.

To achieve these goals, Ranganathan stressed the importance of bringing together disparate groups – not just biology, but computer science, physics, mathematics, and the humanities.

“Too many people think that you have to be utilitarian to achieve anything practical,” he explained. “It’s really the case, at least in biology, that there is so much unknown about the basic principles, that without exposing those things and without an organization that has the commitment to basic science, we will never have these transformative advancements.”

“Over my career, I’ve been involved in working with a number of tech transfer offices… It’s been refreshing to see UChicago prioritize that interface between academics and industry and setting up a really fantastic process and institute,” said Paragon’s Theologis. “I‘m really excited about some of the other technology that will continue to be nurtured at UChicago and for that partnership to continue with industry locally in the Chicago area.”