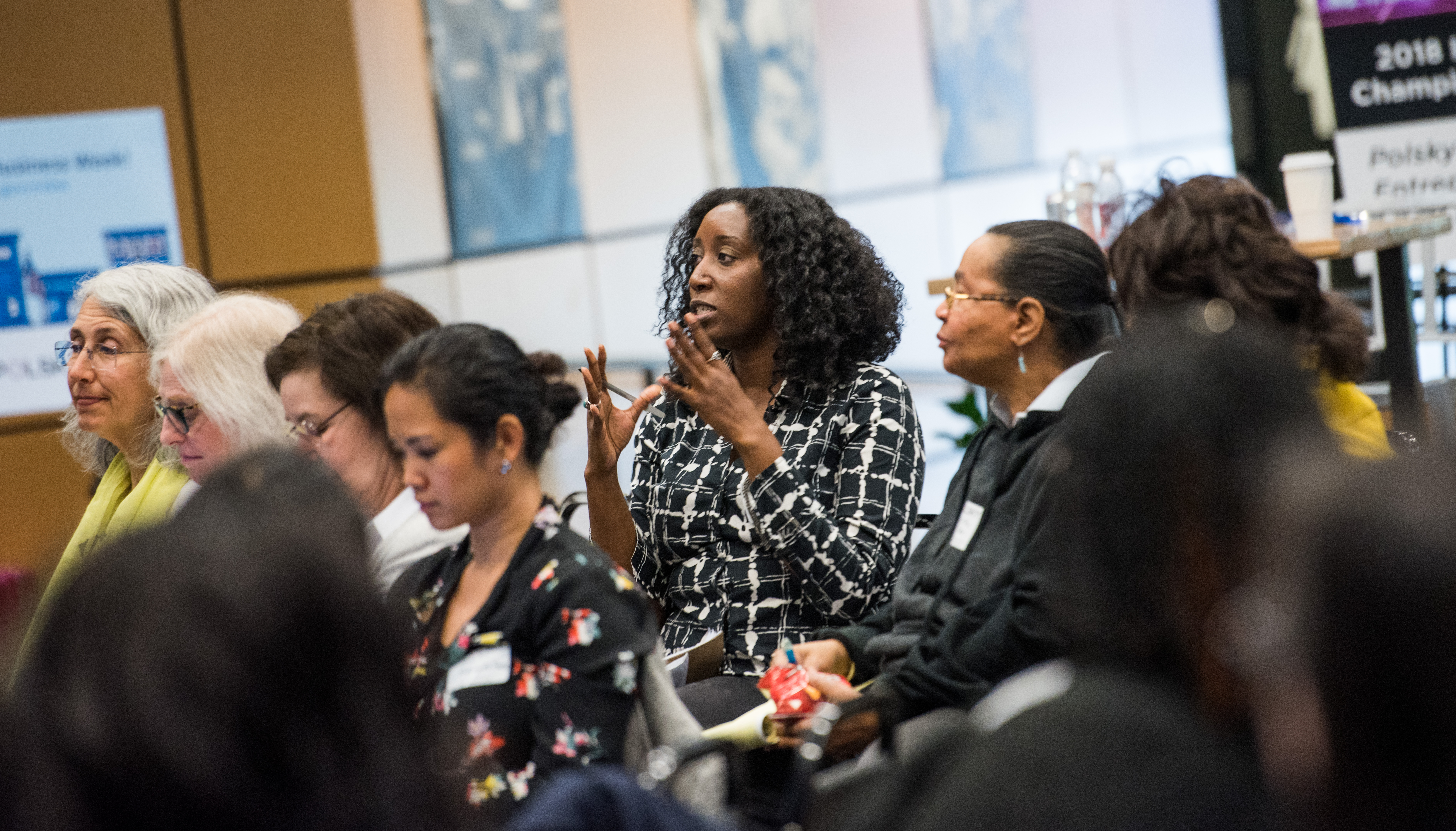 Members of the audience engaging at the Learn, Launch, Lead: Women and Entrepreneurship Conference at the Polsky Exchange, May 6, 2019 (Photo by Jean Lachat)

Waverly Deutsch knows the numbers well. She rattled them off easily during her talk at the Learn, Launch, Lead: Women and Entrepreneurship Conference at the Polsky Exchange on May 6:

“When we can identify implicit biases, then we can listen for them and counteract them.” 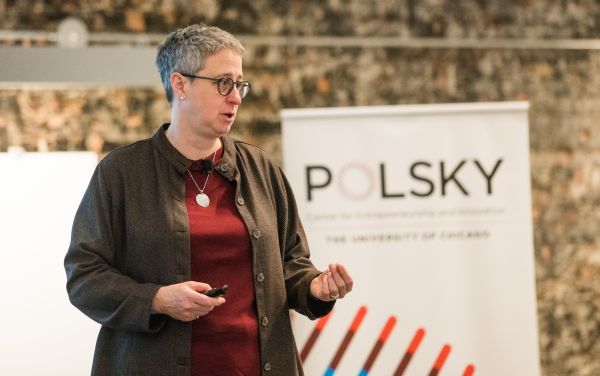 As she shared this information, someone in the audience groaned, “So annoying!”

The comment was met with empathetic laughter from the crowd, and agreement from Deutsch. But she pushed attendees to search for common-sense solutions.

“We can learn to counteract,” she said. “When we can identify implicit biases, then we can listen for them and counteract them. It is annoying. It is unfair. But that’s not going to change. So, what can we do differently to overcome these implicit biases?”

A diverse roster of professionals, professors, and entrepreneurs all took to the stage at the Women and Entrepreneurship Conference, part of UChicago Innovation Fest, to offer inspiration and experience to a packed house of attendees looking for answers to tough questions like these.

Speakers touched on a range of topics, beginning with Deutsch’s talk, “Thinking Big: Dealing with the Female Founder Funding Conundrum.” She was followed by a collection of female founders who shared their stories and candid advice about entrepreneurship and building brands. Themes during the conference included diversity in hiring, selecting for internal roles/external partners, and the opportunities and challenges facing female scientists both in the lab and the commercial sector.

Linda Ginzel, clinical professor at Chicago Booth and social psychologist, delivered the keynote address, “Choosing Leadership.” The hands-on presentation centered on her book, of the same name, that challenged attendees to think about their own definition of leadership.

Ginzel created the book for her executive MBA students at Booth to provide tools to develop their leadership skills. But its reach proved far greater. She soon had students asking her for extra copies that they could share with other classmates, friends, and family. The response led to the publication of the book and the start of what Ginzel sees as, “a grassroots professional development movement.”

“I believe that courage is a skill. If you want to be courageous, take the first step.” 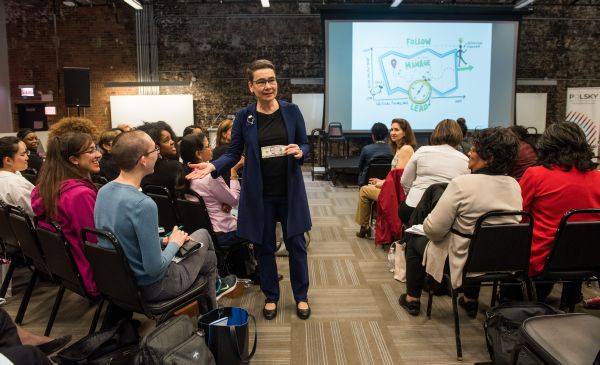 “Choosing Leadership” is not meant to sit on a bookshelf. Its design mimics a composition notebook that encourages readers to write their own stories and goals in its pages.

“The first step in growth and change and learning is to write it down,” Ginzel explained. “If you don’t write it down, it doesn’t exist. It’s a figment of your imagination.”

All attendees received a copy of Choosing Leadership and their own green pen – inspired by the Chilean poet Pablo Neruda, who wrote in green ink because it is the color of esperanza (hope, in Spanish).

Plenty of hope, wisdom, and insight was shared throughout the day, during a variety of thought-provoking sessions and conversations. Ginzel distilled the collective advice this way:

“I believe that courage is a skill,” she said. “If you want to be courageous, take the first step.”

Deutsch and Ginzel were two of the 20+ speakers from the day. Other distinguished speakers included:

“This conference was incredibly important to us,” said E.J. Reedy, senior director of the Polsky Exchange. “Diversity in the world of venture capital and startups clearly has a long way to go, and we hope that the conversations had today will help in the pursuit of change and inclusion. As evidenced by the roster of speakers at the Women and Entrepreneurship Conference, there is no shortage of talented women contributing to innovation and discovery. The Polsky Center is dedicated to creating a culture of support and inspiration for them.”