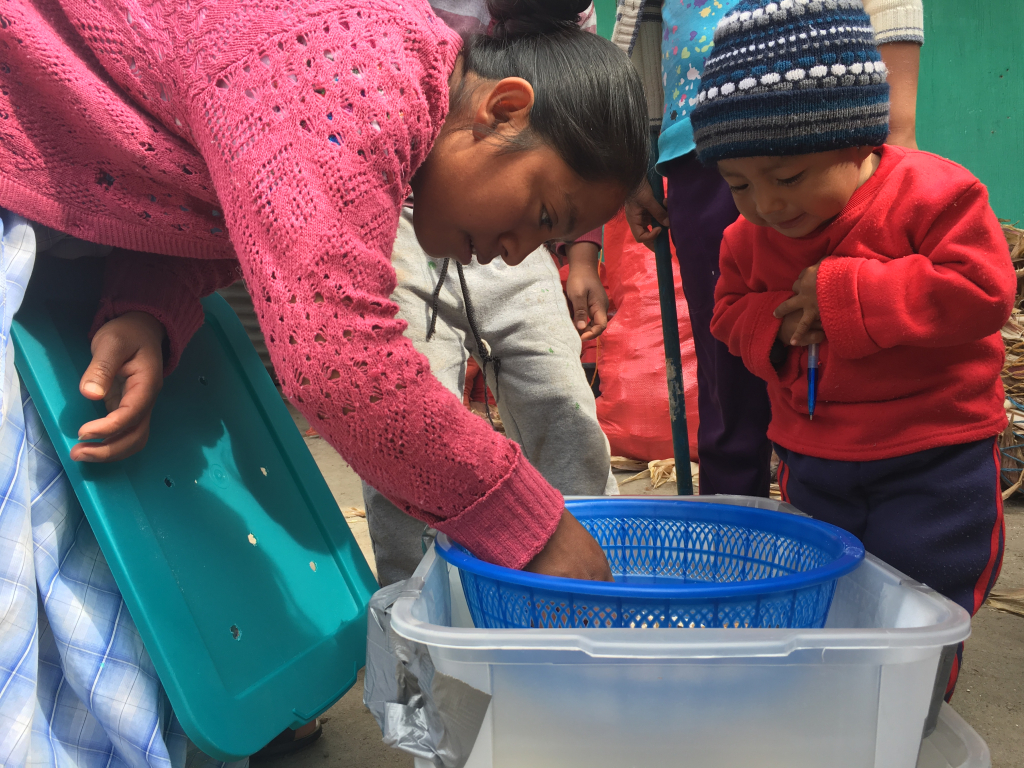 May 2019 will mark the 4 year anniversary of Mealflour, a social enterprise founded in 2016 by three University of Chicago alumnae — Gabby Wimer, AB ’16, Elizabeth Frank, AB ’16, and Joyce Lu, AB ’16. The social venture, established with help from the College New Venture Challenge amidst their preparation for finals and graduation during the trio’s last quarter at UChicago, began with the vision for a model that could provide sustainable nutrition in underdeveloped communities. Now, after four years of hard work and establishing proof that their model works, the three founders have decided that it is time to hand over the leadership of their enterprise to the local community in Guatemala and to promote Mealflour’s successful nutrition model to other organizations around the world.

With backgrounds in global health, nutrition, and education, the three founders started planning for this enterprise as a thought experiment on how to create a sustainable nutrition program that also acknowledges the impact of low income and environmental issues. The three stumbled upon a 2013 report published by the Food and Agriculture Organization of the United Nations on edible insects, detailing the benefits of these protein rich insects to the environment and human diets. However, despite the fact that this report referenced edible insects as “the future of food,” they could not find many  people who were interested in making the edible insect farming model a reality.

“We talked to the World Health Organization and other international food programs, but they all had the concern that this type of model had not been proven yet,” explained Frank on the lack of action taken on edible insect farming. However, seeing the potential to build a sustainable nutrition model, Frank and her co-founders decided to be the trailblazers of this new nutrition concept.

“We are trying to bridge the gap between the theoretical concept that edible insects are the future of food and these large organizations that lack the experience to make this concept a reality,” said Frank. 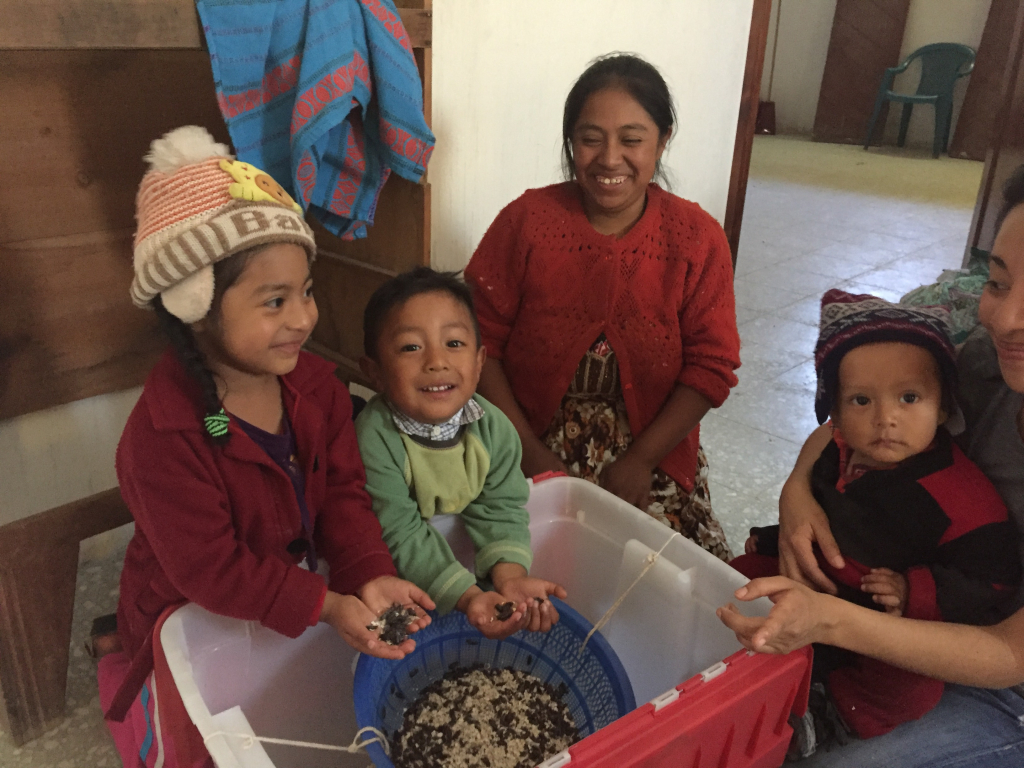 Thus Mealflour was born, along with their mission to teach indigenous communities in Guatemala how to build mealworm farms in order to produce protein-rich flour. After its launch in 2016, this project soon raised $20,000 in seed funding from the Bay Area Global Health Innovation Challenge, Clinton Global Initiative University Resolution Project Fellowship, and the Polsky Center’s College New Venture Challenge.

In addition to funding support, the Polsky Center also provided advice and guidance for Frank and her founding team as the three were deciding how to incorporate their organization. As Frank recalled, “the people at the Polsky Center helped us figure out how we wanted to incorporate initially. We ended up becoming a university-sponsored program, which made the most sense to us. Polsky helped us get the information we needed to make that decision.”

One of the main goals of Mealflour is to prove that edible insect farming is not only a workable nutrition solution but also a sustainable one. That is, it can be completely operated and managed by local communities after initial deployment by NGOs like Mealflour. As Mealflour celebrates its 4 year anniversary, Frank is also excited that they have achieved part of their original mission. They recently hired a local community member as Mealflour’s program coordinator and launched a “Train the Trainer Program,” an initiative aimed at establishing a local, community leadership team within Mealflour.

Currently, Mealflour counts over 340 local members as its direct beneficiaries  –  people who have attended mealworm farming workshops or participated in their training program. They have also built more than 50 mealworm farms and hired seven interns from UChicago to help with the daily operations of Mealflour in Guatemala. 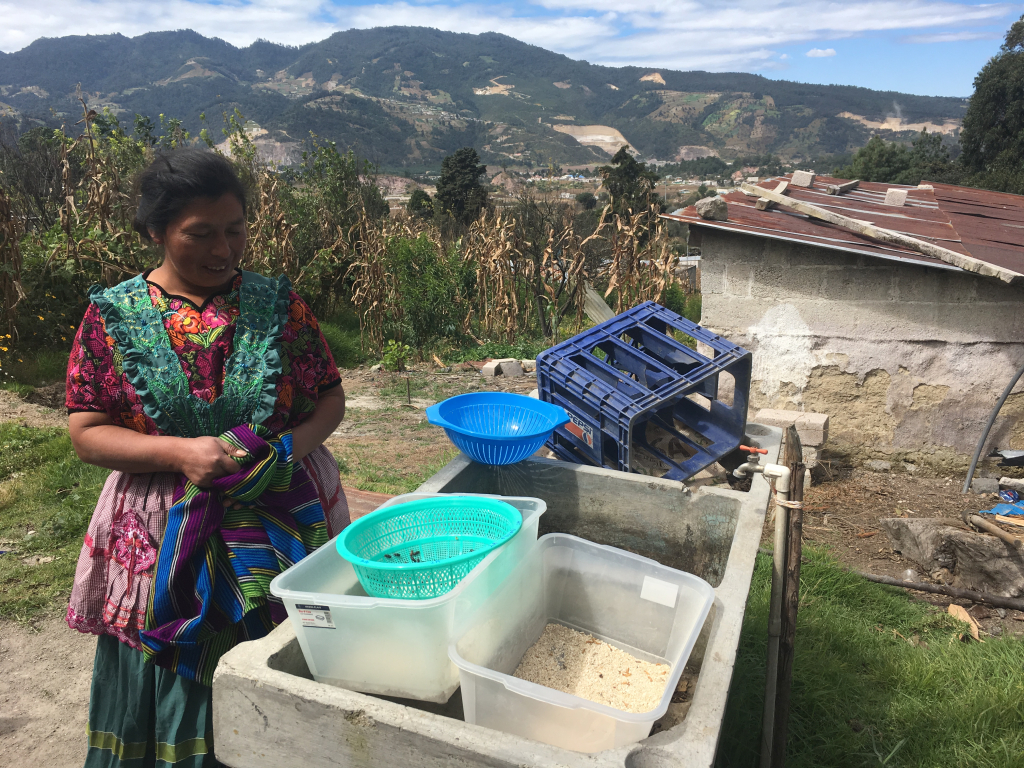 However, the cofounders’ work does not stop there. They have been diligently conducting research and evaluating Mealflour’s progress so far so as to eventually publish their experience on edible insect farming to share with other organizations around the world who might be interested in starting similar programs.

“The goal driving Mealflour has not been simply to launch Mealflour, but rather to prove that the model of training people to grow edible insects to make this protein powder can work,” said Frank.

Additionally, they also wanted to publish their failures through the process so that others can learn from them. “Something that we learned while we were at UChicago is how important it is to learn from people’s mistakes and how rare it is to find those mistakes published in the world,” said Frank.

Moving forward, the three founders want to make sure that more community members are trained to farm mealworms so that the community can be truly self-sustaining even after they leave. They are also looking into connecting with NGOs in other countries for collaboration on establishing new edible insect farms. The initial thought experiment bred here at the University of Chicago is helping more people around the world combat hunger and lead a healthier life.