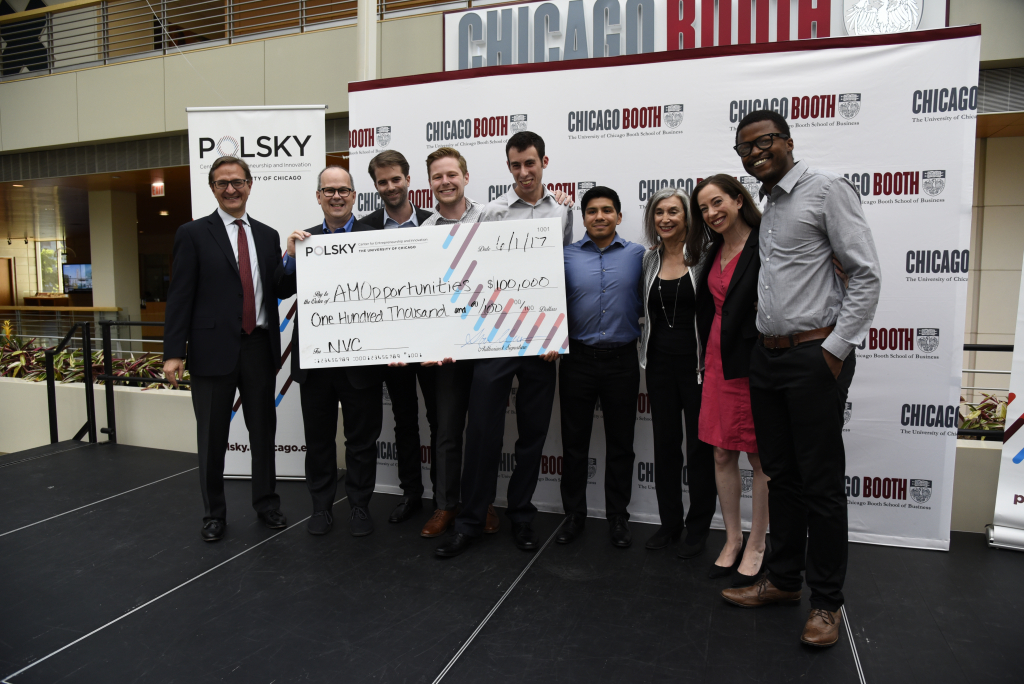 Throughout this past year, AMOpportunities – winner of the 2017 Edward L. Kaplan, ’71, New Venture Challenge, which is run by the Polsky Center for Entrepreneurship and Innovation at the University of Chicago – increased its revenues by 2.3 times and company size fivefold. Now, the company is closing its Series A and getting a boost from the UChicago Startup Investment Program as it works to improve Americans’ access to medical care and deliver educational equity by providing international medical trainees, both students and doctors,with rotations in clinics, hospitals and universities that best suit and need them across the United States.

Yet AMOpportunities isn’t just a matchmaker. The company – profitable from the start and counting 2,200-plus visitors who have gone through their programs, and 87,000 students and doctors using its platform comprising 225 clinical sites – has started designing curricula for hospitals and medical care providers in rural and underserved communities to help attract medical residents and provide top-notch training and education.

The revenue the platform generates doubled in the past year. AMOpportunities charges from $999 to $4,000 per four-week training program, depending on a trainee’s workhours and the clinical site’s popularity. But there’s an important tweak: The company charges less to the less-popular community clinical sites, often located far away from a big city, to help ensure that diversity and skill-building occur in underserved neighborhoods.

The company also has started a pilot program at Saint Anthony Hospital, an independent community hospital on Chicago’s Southwest Side that has an exisiting clinical partnership with the University of Chicago, to provide rotations for international doctors and students throughout the hospital, rather than in one specialty area. They’re working to develop partnerships with other hospitals and medical universities across the U.S. to deliver even more high-quality rotations to students.

AMOpportunities’ software innovations enable its platform to cater to students’ needs – it’s a one-stop shop in which each student gets an online coach upon booking a rotation to guide him or her through red tape involving visas, housing, transportation, first-day to-dos, and other details that make the experience seamless. That’s a far cry from the old standard of universities placing their medical students with only certain partner clinical sites that may or may not provide the best training, or doctors dodging the bureaucracy to supervise a student on the sly. 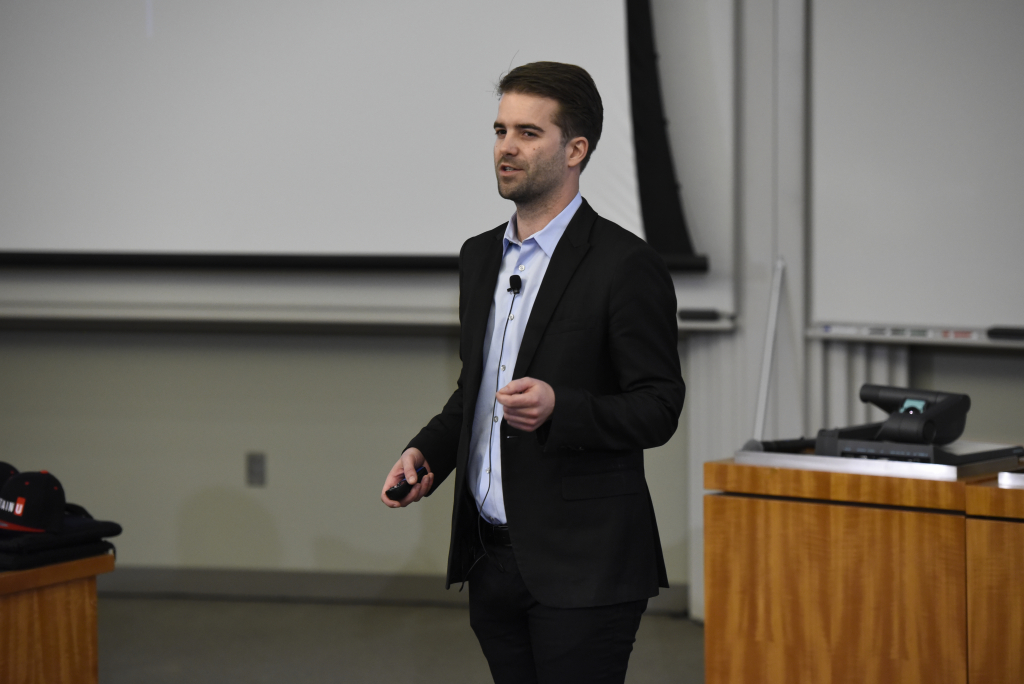 CEO and cofounder of AMOpportunities presents at the 2017 New Venture Challenge. (Photo by Matt Marton)

“It’s most important for us to show the value of medical providers’ diversity and inclusion in healthcare outcomes; we’re the international student’s advocate,” Swinsky said.

International medical students represent a larger proportion than U.S. students of Latino and Asian ethnicities, as well as women, studies show. The AMOpportunities users – a quarter of whom are older than 30 – come primarily from South Asia (India and Pakistan), Northern Africa (Egypt and Tunisia), South America (Brazil, Peru, Colombia), and the Middle East (Kuwait, Jordan, Bahrain and the United Arab Emirates). The University of Chicago’s backing, both in funding and in name and reputation, has been vital to the company’s growth, Swinsky said.

“The key is credibility,” he said. “In healthcare education, it’s a ‘brand’ game. To a student, the University of Chicago spells prestige. It means so much that we can convey we have UChicago as an investor and supporter.”

Launched in 2016, the UChicago Startup Investment Program is managed by the Polsky Center in collaboration with the University of Chicago Investment Office. The University invests in startups that are raising an early round of funding, known as a Series A. The latest investment in AMOpportunities is the University’s fifth investment from the UChicago Startup Investment Program. Previously, the University invested in Explorer Surgical, which makes software for surgical teams to use in the operating room; Tovala, which is a smart oven and meal delivery service to simplify home cooking; Foxtrot, an upscale chain of neighborhood convenience store and grocery delivery startup; and Ascent Technologies, a regulatory compliance software company. All companies, including AMOpportunities, are alums of the Polsky Center’s nationally-ranked Edward L. Kaplan, ’71, New Venture Challenge accelerator program.

In addition to $400,000 in funding from the University of Chicago, other investors include OCA Ventures, HealthX Ventures, M25 Group, and Wildcat LLC. The goal of closing the Series A is to keep AMOpportunities growing and to help them become the leading platform for importing and exporting medical trainees worldwide.