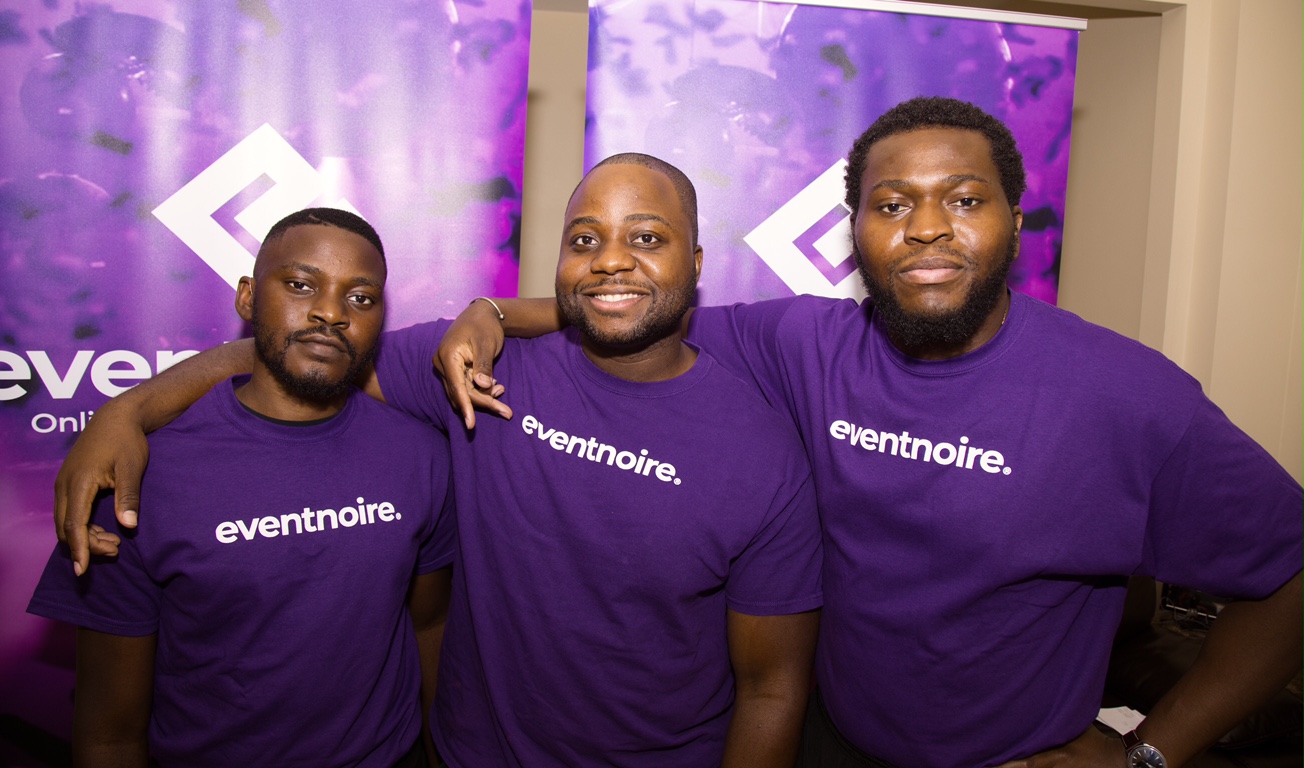 Jeff Osuji knew his latest business venture had legs during the 2019 Black Alumni Ball in Washington, D.C. His platform, Eventnoire, served as the registration site for this annual event, which connects and celebrates Black professionals and influencers.

“It was a stress test for us,” Osuji said about the 1,500-person event. It was the largest event yet to use his ticketing platform, which focuses on Black-centric events and culture.

“What surprised me was that not only did people register and everything worked well, but that people got to know the brand,” the Chicago native said. “Oftentimes [the Black community] doesn’t feel seen or heard, so when there’s a brand or product that puts us first and allows us to be seen, there’s genuine adaptation, loyalty, and feelings of endearment.”

Not only did the attendees embrace the platform, but the event organizers were also impressed with it. This partly stemmed from the platform’s business model. The company offers revenue-sharing on processing fees with event hosts, unlike mainstream ticketing platforms that keep this revenue for themselves. This business model was important to Osuji and co-founder Femi Masha for two reasons:

“The Black community has made major contributions to culture and oftentimes we receive the least return on our investments,” Osuji explained. “It was really important for us to create something that allowed us to share in the investments we’re making, and also to give event curators – who are creating culture every day – a bigger piece of the pie.”

The road to success

Eventnoire marks the second successful business for Osuji and Masha. In 2008, the pair founded an event curation company, Events by Pyramid, when they were both chemistry majors at the University of Illinois Urbana-Champaign. They came up with the idea for the ticketing platform while brainstorming ways to scale this business but did not have the funds to develop it at the time.

Fast-forward about a dozen years and both have successful careers, Osuji in advertising and Masha in law, while also running their event business on the side. The difference? They now had enough revenue to invest in their tech venture.

Osuji quit his job in 2019 to focus on Eventnoire full time. The founders hired a website development firm and launched the first iteration that same year. When the pandemic hit in 2020, both businesses felt the impact. Osuji was able to navigate through the turbulent times by hosting online events and becoming a realtor to support himself and the businesses. 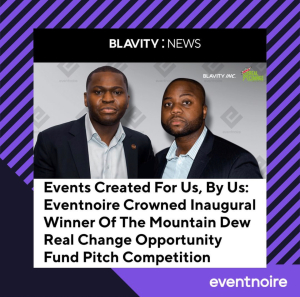 Osuji and Eventnoire received a boost in 2021 when the ticketing platform won Mountain Dew’s Real Change Opportunity Fund Competition and a share of the $1 million prize. It was the first of several tech funds to recognize the value of the company, which has also received funding from Google for Startup’s Black Founders Fund and TechRise.

“These grants are helpful not just monetarily, but also by giving recognition and exposure. These are things Black businesses needed to thrive: capital and exposure,” he said. “It also means that the world is seeing just how unfair things have been for years. Hopefully, this leads to a shift of business leaders and businesses to provide economic support to our community.” 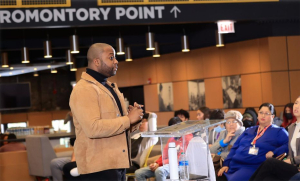 Osuji also benefited from the support of the local small business community. He discovered the resources of the Polsky Center for Entrepreneurship and Innovation and the innovation hub 1871 while attending an AfroTech dinner in Chicago.

“I had no idea these resources existed and I was surprised at how supportive of a community we have in Chicago,” Osuji said. “Joining these organizations was one of the best decisions I made.”

The Polsky Center, he said, provided him with guidance on the fundamentals of his business and identifying opportunities for growth.

“[The] Polsky [Center] was a true game changer for our business,” the entrepreneur said. “When you’re a small business, you don’t have a big team to bounce ideas off of and [The] Polsky [Center] gave me that team and access to different perspectives and research on business opportunities.”

In the coming year, Osuji plans to close their seed round of funding by February. These funds will help support Eventnoire as it goes international. Osuji, who was named one of WVON/Ariel Investment’s 2022 40 under 40 Game Changers, aims to expand the business into Africa and London next year, with an overall goal of serving the entire African diaspora. They also plan on launching an app in the first quarter of 2023 for their mobile consumers.

The business, which has been featured in local and national media including WTTW, Essence, Forbes, and ChicagoInno, currently has a five-person team and is looking to add another sales position early next year.

Reflecting on the success of his company, Osuji said he has learned one key lesson from his entrepreneurial endeavors:

“There’s room for small players to compete, no matter how big the industry, if you’re able to make your customers feel seen,” he said.

Article by Devon McPhee, freelance writer and editor and owner of DM Editorial Services, LLC. Devon has more than 20 years of experience covering business, science and technology, health and medicine, and higher education.