UChicago Ranks Among Top 25 Institutions for Tech Transfer and Commercialization 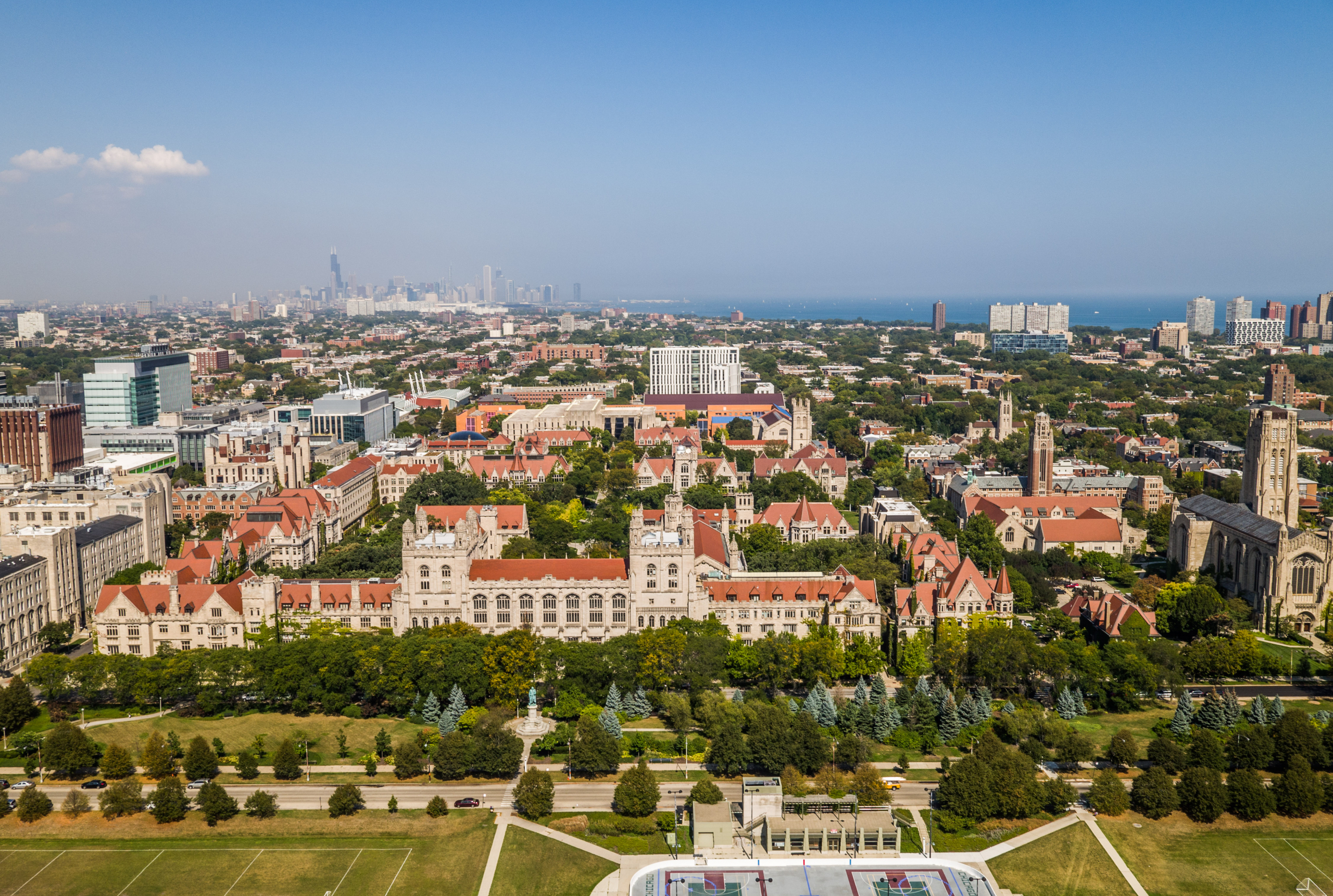 Aerial view of the University of Chicago campus on September 23, 2017. (Photo by Drone Media Chicago)

A recent analysis entitled Research to Renewal: Advancing University Tech Transfer from Heartland Forward evaluated which universities are most adept at creating new knowledge and embedding it in their graduates – while transferring both out into the world to create impact and a return on investment.

In 24th place overall is the University of Chicago, “where technology transfer is funneled through the Polsky Center for Entrepreneurship and Innovation,” the report notes.

Broken down my specific activities, UChicago came in seventh for normalized academic articles that are cited in industry patents, which exemplifies the “commercial relevance of the research conducted by faculty,” and 10th for the share of its undergraduates who earn bachelor’s degrees in STEM disciplines, with graduation ceremonies described as the “biggest single annual technology transfer.”

Heartland also noted that UChicago “has a number of innovative collaborations with the Chicago Quantum Exchange, the University of Illinois at Urbana Champaign, and the Argonne National Laboratory.”

An example of this, the Polsky Center in collaboration with several partners last year launched a new accelerator focused exclusively on supporting quantum science and technology: Duality. Among several other new initiatives, it also launched the Strategic Program for Innovation at the National Labs (SPIN) this year, with additional accelerators and programs on the horizon to support new and emerging fields of work.

“Our partnership with other leading institutions and our connection to the University of Chicago Booth School of Business and two Department of Energy National Labs, Argonne and Fermilab, brings together the best researchers and business talent to bring new ideas to market,” said Jay Schrankler, associate vice president and head of the Polsky Center.

“We are excited to see the hard work of our faculty, students, and staff reflected in this ranking,” he added. “Translational research and commercialization activity at the University of Chicago has increased tremendously over the last decade, during which time the University has invested more than $1 billion in the sciences.”

This includes a $100 million gift to establish the first-of-its-kind Pritzker School of Molecular Engineering and $100 million to found the Duchossois Family Institute, which is harnessing the microbiome and immunity for human health.

“The University has seen rapid expansion across artificial intelligence, machine learning, human-computer interaction, data science disciplines, and quantum engineering. In addition, it continues to lead in developing new diagnostics and therapeutics for a variety of diseases and maladies,” said Bill Payne, executive director of science and technology at the Polsky Center. “With more than $22 million in licensing revenue booked and 14 science-based startups launched, last year was a record-breaking year for us, so I am confident we will continue moving upward in these rankings.”

Using metrics from 2017 to 2019, Heartland evaluated “formal” commercialization and technology transfer activities, including invention disclosures, the number of licenses and options, licensing income, and startups formed, in addition to less formalized modes, such as citations of university articles contained in patents granted to firms. The metrics were normalized by research expenditures “to obtain a measure of efficiency in converting inputs into outputs.”