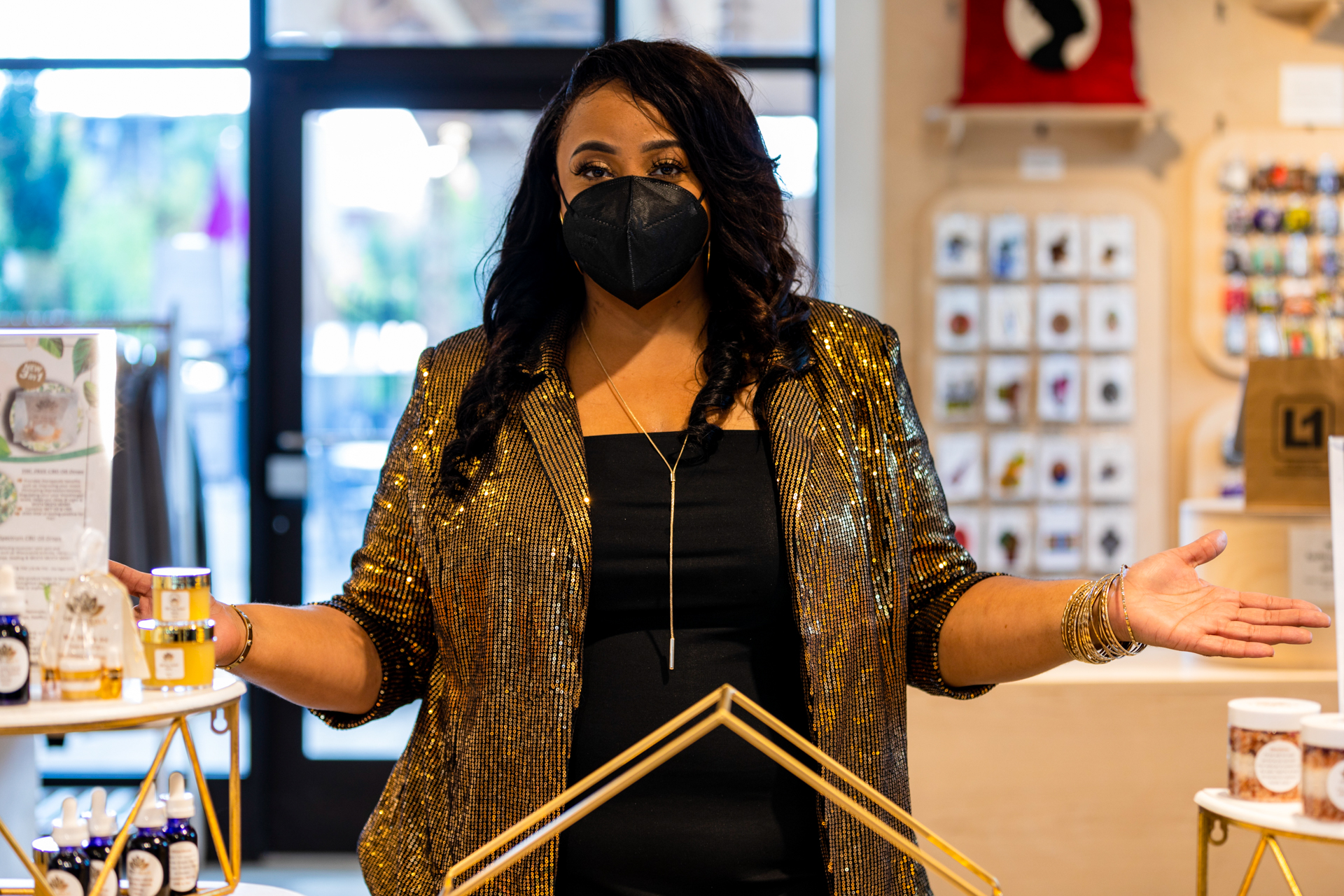 Tiffany Joi raised some eyebrows when she debuted her line of CBD-infused lotions and oils at the Hyde Park Farmers Market in 2019.

“You should have seen the looks,” said Joi, owner of Hemp Heals Body Shop. “People were looking at me like, ‘She has that stuff that gets you high.’”

What Joi actually had was a collection of homemade concoctions that her mother, and her mother’s friends from church, had come to swear by to relieve aches and pains.

Joi realized then that growing her business meant educating her community about the difference between THC – the chemical in marijuana that gets you high – and CBD, or cannabidiol, a non-psychoactive compound in cannabis and hemp plants that is increasingly embraced for its health benefits.

“I wanted people to believe in plants over pills,” said Joi, who grew up in the Roseland neighborhood on Chicago’s far South Side and currently lives in Hyde Park. “I’m trying to heal people naturally from the inside, out.”

The rise of the industry, bolstered by the legalization of recreational marijuana in Illinois in 2020, has helped Joi’s business as understanding and acceptance of cannabis use spreads. And though competition is plentiful, Joi has cultivated a loyal following in the South Side communities where she hopes her remedies can provide the most benefit.

“We are one of the hardest hit in terms of health conditions,” Joi said. 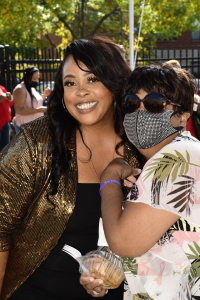 Joi started Hemp Heals in 2018 to help ease her mother’s knee and back pain, which was so bad she could barely walk and couldn’t sleep. Lenester O’Neal remembers being in tears from the pain when her daughter called one day to check in. She agreed to let Joi give her something new to help.

“She said, ‘Are you willing to be my guinea pig?’” O’Neal recalls. “When you’re in pain like that, anything someone offers you say OK.”

Joi asked a trusted friend who had an underground business making marijuana-laced edibles for a recommendation. The friend made oatmeal cookies, which helped with the pain, but O’Neal didn’t want the high or the weight gain that came with relying on baked goods, Joi said.

That year, Joi took a trip to Colorado, one of the first states to legalize recreational marijuana, to research what kinds of products the dispensaries were selling. It was there that she learned about CBD topicals, which offered pain relief without the intoxicating elements of THC, and she decided to try making her own.

“That trip to Denver was what catapulted me into this business,” Joi said.

In her home kitchen in Chicago, with “YouTube University” as her guide, Joi experimented with different CBD salves and creams, combining them with anti-inflammatory essential oils and other natural, organic ingredients. She used her 17 years of experience as a health inspector for the Chicago Public Schools to run a tight ship.

With her mother’s feedback, Joi tweaked the recipes until she had a cream that was a gamechanger. O’Neal, who had suffered debilitating pain despite steroid injections and high dosages of ibuprofen, said she felt relief as soon as she rubbed her daughter’s CBD cream in, and it lasted longer than other remedies like applying heat. 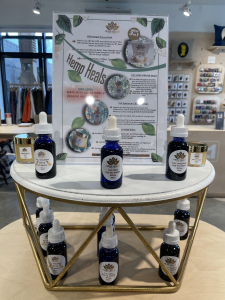 O’Neal took the creams to church to share with her friends. Some were aghast, but became converts once they tried it, O’Neal said.

Soon Joi’s phone started ringing with requests. (Illinois at that point had legalized the sale of CBD products, as long as the THC content was below 0.3%.)

While Joi’s target audience was seniors, she soon learned that their children and grandchildren were often the ones buying the products for their older family members and persuading them to try it. Some would also buy for themselves to address anxiety, depression, and sleeplessness.

Joi discovered another customer segment when she participated in a vendor market at the University of Chicago and found many students were interested in her THC-free CBD drops, which help with alertness and focus. They became repeat customers.

“I saw a spike in those sales around finals,” Joi said.

As sales grew, Joi started applying to business accelerators, and was accepted into the Polsky Center’s Small Business Growth Program in summer of 2020. Paired with a team of UChicago students and an industry expert, Joi developed strategies for marketing, finances, and securing shelf space in boutiques. She learned business fundamentals like calculating her cost of goods to determine how profitable she was.

“They basically tore my business apart,” Joi laughed. “In a good way.” 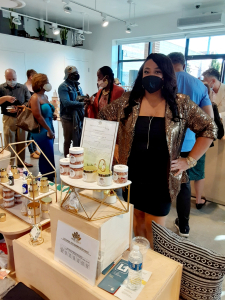 Today, Hemp Heals products can be found at hemphealsbodyshop.com as well as the Silver Room retail boutique in Hyde Park. They are also sold at Hemp Heals’ temporary shop in the L1 Retail Store in Washington Park, inside the historic building that housed Chicago’s first “L” station.

The L1 Retail Store, at 319 E. Garfield Blvd., is part of a new creative business accelerator operated by Arts + Public Life, an initiative of UChicago Arts, and is shared by Hemp Heals and two other South Side-based, Black-owned businesses that are fellows of the program, which is meant to increase opportunities for the communities that have been left out of economic development. The trio will occupy the space until September 2022.

For O’Neal, watching her daughter quit her job to work full-time on Hemp Heals was nerve-wracking. But she is confident Joi will succeed.

For Joi, growing Hemp Heals into a thriving business is about more than her own ambitions. She wants to demonstrate to younger generations that they can create a business around their passions and use it to build generational wealth.

“I tell young people, ‘Never follow the money, follow the passion and the money will come,’” Joi said. “If this girl from the Roseland community did it, so can you.”

Article by Alexia Elejalde-Ruiz, associate director of media relations and external communications at the Polsky Center. Alexia was previously a business reporter with the Chicago Tribune. Reach Alexia via email or on Twitter @alexiaer.