Super.tech, a participant in the inaugural cohort of the quantum tech startup accelerator Duality, announced the launch of a software platform endeavoring to make quantum computing commercially viable years sooner than otherwise possible.

The platform, called SuperstaQ, connects applications to quantum computers from IBM Quantum, IonQ, and Rigetti, and optimizes software across the system stack to boost the performance of the underlying quantum computers.

Super.tech, headquartered in Chicago’s Hyde Park, was accepted into the inaugural cohort of Duality, the nation’s first startup accelerator devoted exclusively to quantum startups. Duality is run by the University of Chicago’s Polsky Center for Entrepreneurship and Innovation and the Chicago Quantum Exchange, with support from founding partners the University of Illinois Urbana-Champaign, Argonne National Laboratory, and P33.

The company was spun out of the National Science Foundation’s EPiQC: Enabling Practical-Scale Quantum Application, a multi-institutional research initiative led by the University of Chicago. Super.tech is also incubated by Argonne National Laboratory’s Chain Reaction Innovations (CRI) fellowship program and was part of CRI’s Cohort 4. 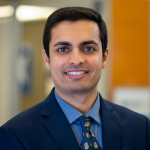 “SuperstaQ will play a unique role in bridging the gap from quantum hardware to practical applications,” said Super.tech cofounder and CEO Pranav Gokhale, PhD ’20, who received his doctorate from the University of Chicago in quantum computing. “By setting new records for quantum performance, SuperstaQ showcases the vital role that software will play in the path toward commercially-relevant quantum speedups.”

The beta launch of SuperstaQ will include engineers and researchers from EPiQC, Lawrence Berkeley National Laboratory’s Advanced Quantum Testbed (AQT at Berkeley Lab), and Morningstar, the Chicago-based investment firm. 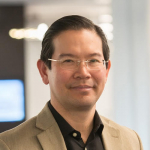 Along with Gokhale, Super.tech was cofounded with the support of Fred Chong, who is the Seymour Goodman Professor in the Department of Computer Science at the University of Chicago and the Chief Scientist at Super.tech.

The company is part of the IBM Quantum Network, an incubator that provides select startups with access to IBM’s quantum devices. Super.tech was recognized in June for proposing the best solution to a challenge posed in IBM’s Quantum Open Science Challenge, and was awarded a $250,000 Small Business Innovation Research grant from the National Science Foundation last month.