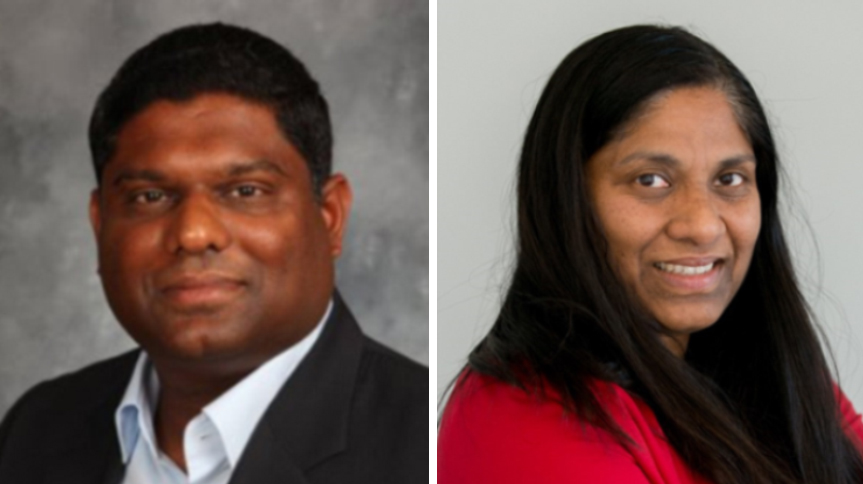 The Polsky Center for Entrepreneurship and Innovation at the University of Chicago has appointed Chuck Vallurupalli, MBA ’05, as the inaugural senior director of Duality, the first accelerator program in the nation exclusively dedicated to supporting innovative quantum startup companies. Announced in April 2021, Duality is led by the Polsky Center and the Chicago Quantum Exchange (CQE), along with founding partners, the University of Illinois Urbana-Champaign, Argonne National Laboratory, and P33.

“I am extremely excited to lead Duality and provide early-stage quantum startups with world-class business expertise and technical support to advance their success,” said Vallurupalli. “I look forward to working side-by-side with the Chicago Quantum Exchange, as well as founding partners University of Illinois Urbana-Champaign, Argonne, and P33, to bring together our region’s preeminent quantum experts and resources to accelerate the commercialization of innovations powered by quantum science and technology.”

Vallurupalli, a University of Chicago Booth School of Business alumnus, is a seasoned business executive, engineer, and entrepreneur who has founded, led, and contributed to the success of numerous early-stage, growth, and public companies. He has worked with over 200 startups and several entrepreneurs throughout his career, providing them with deep mentorship and guidance to achieve critical milestones. His vast industry experience includes serving consumers and enterprises in the automotive, aerospace, education, general machinery, health, internet, technology, and wellness sectors.

Since 2018, Vallurupalli has served as an entrepreneur-in-residence at the Polsky Center, where he mentored several startups participating in Chicago Booth’s nationally-ranked Edward L. Kaplan, ’71, New Venture Challenge, George Shultz Innovation Fund, and incubating at the Polsky Exchange. He also recently spearheaded the Polsky Center’s DeepTechU venture conference, which debuted in April and brought together 48 deep tech companies, 27 partners, and participants from more than 30 countries. In addition to coaching startups at the Polsky Center, Vallurupalli is active in Chicago’s entrepreneurial tech community, serving as a mentor at 1871 and MATTER.

Earlier in his career, he held senior positions at MSC Software, which was acquired by Symphony Technology Group, a private equity firm, in 2009 for $360 million, and Mechanical Dynamics, Inc., a software company that had a successful IPO (NASDAQ: MDII) in 1996 and was eventually sold to MSC Software (NYSE: MNS) in 2002 for $120 million.

“Chuck’s deep experience in driving the success of early-stage and high-growth companies across a variety of industries will be an extremely valuable asset in his new role leading Duality,” said Jay Schrankler, associate vice president and head of the Polsky Center. “He is a strong supporter in the ecosystem and brings an incredible amount of energy and enthusiasm to enabling venture success.”

With quantum science and technology quickly emerging and poised to transform multiple industries, Vallurupalli will be supported by Preeti Chalsani, PhD, who will take on an enhanced role of deputy director of Duality in addition to her current duties as director of industry partnerships for quantum information science—a joint appointment with the Polsky Center and CQE. In her new role of deputy director of Duality, Chalsani will work closely with Chuck to set the accelerator’s strategic vision while providing the technology context to the accelerator and build relationships with corporate partners, mentors, quantum startups, partners, and stakeholders.

Prior to her role with industry partnerships, Preeti worked with UChicago faculty in physical sciences and engineering, including quantum engineering, to support commercialization of their research and has been involved in the accelerator since its conception. Chalsani earned a bachelor’s of science in applied physics from Yale University and a PhD in applied physics from Cornell University, where her doctoral research was in the area of spintronics. After finishing her graduate studies, Chalsani worked as a nanotechnology consultant and postdoctoral researcher at the National Research Council in Canada and then transitioned to a career outside the lab. She taught physics at Dawson College in Montreal, Canada before eventually moving into the field of intellectual property developing patent portfolios for multinational corporations with mature commercial products as well as universities and startups with emerging early-stage technologies, in diverse technologies from automotive and consumer products to software and quantum technologies.

“The CQE looks forward to working closely with Chuck and Preeti to drive quantum innovation in the Chicago area and foster the development of a quantum workforce,” said David Awschalom, UChicago’s Liew Family Professor in Molecular Engineering, Director of the Chicago Quantum Exchange and of Q-NEXT, a DOE Quantum Information Science research center led by Argonne National Laboratory. “Their deep and complementary experience in both business and quantum science is critical to making our region the national leader for quantum startups. These ventures will deliver vital technologies to the marketplace.”

Vallurupalli and Chalsani’s appointments are effective immediately. Together, they will work closely with colleagues at the Polsky Center and Chicago Quantum Exchange as well as with partners at the University of Illinois Urbana-Champaign, Argonne National Laboratory, and P33 on preparing for Duality’s first cohort, which kicks off on Monday, July 12, 2021. Applications for the first cohort, which closed in May, saw participation from startups all across the world. Decisions related to the first cohort of Duality are currently being finalized and the cohort will be announced in the coming weeks.

Startups accepted into Duality’s first cohort will be immersed in the vibrant quantum science community in Chicago—and across the state of Illinois—which has seen tremendous momentum and investment in recent years. In 2019, Governor J.B. Pritzker committed $200 million to establish the region as the world’s leading quantum hub. In 2020, scientists from Argonne National Laboratory and the University of Chicago launched a 52-mile “quantum loop” that was among the longest ground-based quantum communication channels in the country. In July 2020, officials from the U.S. Department of Energy (DOE) announced plans to build a national quantum internet. The following month, the DOE announced that two of the five federally-funded quantum information science research centers would be based in the greater Chicago area—including one led by Argonne National Laboratory and one led by Fermi National Accelerator Laboratory. Additionally, one of the three National Science Foundation (NSF) quantum leap challenge institutes in the U.S. is led by the University of Illinois Urbana-Champaign.

Most recently, IBM and the University of Illinois Urbana-Champaign announced plans last month to launch a new IBM-Illinois Discovery Accelerator Institute, housed within The Grainger College of Engineering. This partnership was enhanced by additional funding and support from the State of Illinois, bringing total combined investments to more than $200 million. The forthcoming Discovery Accelerator Institute will feature a new facility on UIUC’s campus and focus on the rapidly emerging areas of hybrid cloud and AI, quantum information science and technology, accelerated materials discovery, and sustainability.

“With continued investment by the State of Illinois and the interest and support of industry partners, our region is uniquely positioned to lead in quantum science and technology,” said Juan de Pablo, vice president for national laboratories, science strategy, innovation and global initiatives at the University of Chicago. “Startups supported through Duality will get access to world-class business expertise from the University of Chicago Booth School of Business and access to some of the premier facilities and quantum experts in the world.”