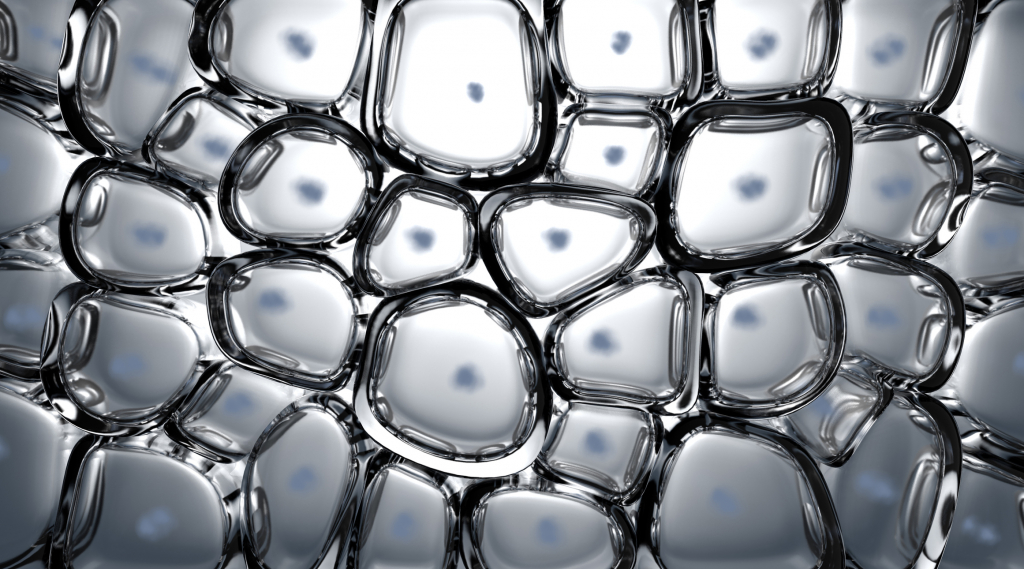 The inventors have developed a method to enhance skin wound repair and prevent scarring after wounding and surgery. (Image credit: iStock.com/allanswart)

University of Chicago researcher Xiaoyang Wu has developed a novel wound dressing that can stop bleeding while preventing infection and scarring using a single material, which has potential applications in drug delivery, among other areas.

“Scarring is one of the worst consequences of severe wounds,” said Wu, an associate professor in the Ben May Department of Cancer Research at the University of Chicago, noting that human skin is particularly prone to develop scars.

Taking a materials science approach, the researchers developed a new method to overcome scarring by inhibiting collagen synthesis by blocking transforming growth factor beta (TGF-β) – a cytokine that plays an important role in cell signaling, both in skin wound repair and tissue fibrosis.

“Increasing evidence suggests TGF-β is important in early phase wound repair for wound closure. But, later on, the signal may promote and enhance scarring,” Wu said. This makes timing key. “We cannot simply block the signal, because that would slow down wound healing and would be dangerous for the patient,” he explained.

To overcome this, the researchers designed a timed-release system that combines a sutureless wound closure hydrogel material with a biodegradable microcapsule system, which enables them to control when the TGF-β inhibitor is released. “In this way, we can enhance skin wound repair and after 7-14 days can release the inhibitor that blocks the skin scaring process at the same time by using one material,” Wu added.

The study results were recently published in Nature Communications. 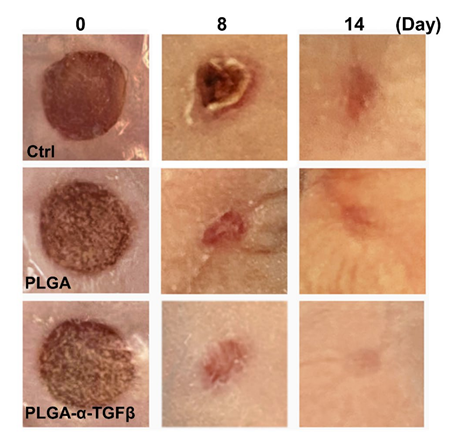 (​​​The wounds in skin grafts were treated with PLGA capsules with or without TGFβ inhibitor in HA-NB hydrogel, or alginate hydrogel as control at different time points)

Beyond cosmetic surgery, current treatment for scarring is not ideal and there is no reliable way to prevent scars from forming if a patient experiences a deep or messy wound. “The system we developed is very convenient for application,” said Wu, adding that the system could also be used in different applications, such as drug delivery, in the future.

“We believe the novel system will have potential clinical importance in the future,” he said. To pursue these additional applications the next steps include filing an investigational new drug (IND) application with the US Food and Drug Administration (FDA). The researchers also need to ensure consistent manufacturing of the material and are exploring collaborations with pharmaceutical companies to move the research forward.

Additionally, because the whole system was developed using a very biocompatible material with adhesive properties, Wu said it has applications inside the body as well, adhering to and closing bleeding arteries and cardiac walls after UV light irradiation. The researchers demonstrated the ability to do this in animal models, suggesting significant advantages as a traumatic wound sealant.

“Normal wound binding material does work well,” said Wu, noting that currently, the most reliable material is fibers, which like surgical glue, is less biocompatible. “Biocompatibility is a significant advantage of our system,” he explained, “It is superior compared to current existing materials.”