As Airbnb neared the end of its first year in business, its prospects looked grim.

So the founders cooked up an attention-seeking gambit in the fall of 2008 in hopes of turning the tide. Shortly after the Democratic National Convention, they created presidential candidate-themed breakfast cereals – Obama O’s and Cap’n McCain’s – and sent them to political reporters.

They got the media attention they sought and sold the cereal boxes at $40 a pop, earning $30,000 that helped them pay down their credit card debt.

The stunt was a gamechanger – but for reasons that didn’t become clear for a while yet. 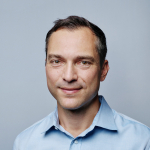 Nathan Blecharczyk, cofounder and chief strategy officer at Airbnb, recounted the cereal story during a virtual fireside chat Tuesday with Madhav Rajan, dean of the University of Chicago Booth School of Business.

Hosted by the Polsky Center for Entrepreneurship and Innovation as part of its Distinguished Entrepreneur Series, the discussion detailed the rise of Airbnb, which went public last year and currently has a market cap of $84 billion.

Blecharczyk revealed how the short-term home rental company multiplied its customer base, how it cracked China, and how it navigated an 80% drop in its business when COVID-19 struck.

First, though, it had to make it through that first year.

Blecharczyk’s cofounders, CEO Brian Chesky and Chief Product Officer Joe Gebbia, came up with the idea for Airbnb when they were unemployed aspiring entrepreneurs struggling to pay rising San Francisco rents. Both designers, they knew a design conference was coming to town and hotels were booked solid. They put up a blog post advertising an empty room in their home, with an air mattress, and got their first customers. They ended up showing their guests around the city and realized they could offer something unique.

“It was much more than a transaction,” said Blecharczyk, a software engineer who joined the team a few months later as Airbnb’s chief technology officer. “They [the guests] really got an insider’s point of view.” 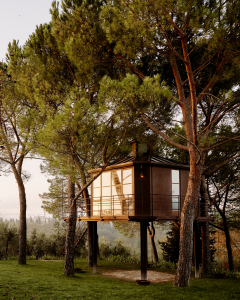 An Airnbn stay in Florence, Italy. (Image courtesy of Airbnb)

The budding business used conferences and other events to promote the service, and people who signed up to host on the open platform started to offer not only spare rooms but full homes and unique lodging like treehouses and boats. But despite occasional bursts of bookings, the service couldn’t gain traction.

Still in dire need of capital after the fleeting flurry of cereal publicity, Airbnb applied to Y Combinator, an influential startup accelerator. The founders got an interview with Y Combinator cofounder Paul Graham, but he didn’t like idea of strangers staying in people’s homes.

Before they left defeated, however, Gebbia pulled out a box of Obama O’s. Graham remembered the stunt and changed his mind.

“The cereal showed me how resourceful you guys are and you won’t give up for anything,” Blecharczyk recalled Graham saying.

The 13 weeks in Y Combinator were critical, Blecharczyk said. The team agreed that if they didn’t make major progress by the end they would go their separate ways. They committed to live together and work six days a week, 8 a.m. to midnight, with no significant others or other distractions to divert their focus from building the business.

“The team is incredibly important,” Blecharczyk said. “And focus. You can work hard and still not be focused.”

It focused on penetrating big cities and grew through cross-pollination: people who booked a stay when visiting a tourist attraction like New York City would later become hosts in their hometowns.

That strategy served it well when it entered China, where other short-term rental companies already had a foothold. Airbnb focused on marketing to Chinese travelers going abroad, leveraging a global network of hosts its competitors in China didn’t have, and after experiencing a stay abroad those Chinese travelers became hosts themselves.

“Now the domestic market there is bigger than our outbound market,” Blecharczyk said.

With growth came controversy, as neighbors complained of party houses, cities blamed the company for rising rents and the hotel industry balked at losing business. As cities issued regulations, Blecharczyk said Airbnb responded with a spirit of compromise.

“It is good for the rules to be clear to all parties even if there is a one-time adjustment period,” he said. Now, he said, most markets are regulated and the business continues to thrive.

To further act as a partner with the 100,000 municipalities in which it operates, Airbnb last September announced the launch of City Portal. The portal provides governments with local data on the short-term rental market and tourist tax revenue, plus compliance tools to help them manage their short-term rental laws.

The company’s skyrocketing fortunes sputtered as COVID-19 battered the travel and tourism industry. Some 80% of its business “evaporated” in the span of two weeks, Blecharczyk said, and the company was caught between the two sides of its two-sided marketplace.

Guests wanted refunds for stays they had booked, but hosts didn’t want to lose that income. For the sake of public health, the company decided to issue to refunds, but also set aside $250 million to reimburse hosts for some of their losses.

“That was coming out of our bank account at a time when all of our revenue had disappeared,” Blecharczyk said.

Mass layoffs followed, with Airbnb announcing a 25% cut to its workforce of 7,500 employees. But Blecharczyk said the company committed to taking care of its laid-off workers. They received generous severance packages, were allowed to keep their laptops, and the internal recruiting team was recast to help them find jobs, he said. 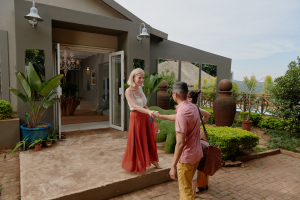 An Airbnb host greeting a guest. (Image courtesy of Airbnb)

Demand turned around by summer, and the dip in urban travel was made up by people flocking to rural areas. The company ended 2020 with $3.4 billion in sales, a 30% decline from 2019 but less of a drop than analysts expected.

After a while, Blecharczyk said, the numbers become abstract. What isn’t abstract, and what fills him with the greatest pride, are the “heartfelt stories” from customers whose lives have been changed by the platform.

When the company entered Cuba, shortly after the country opened up to tourism a few years ago, it found people there had been renting out space in their homes for years, one of the few ways they could earn income from private enterprise.

Airbnb was quickly able to put tens of thousands of Cuban homes on its platform, giving residents access to a broad customer base. Despite challenges with internet connectivity and payment tools, it had a profound impact on their incomes, Blecharczyk said.

“Talking to hosts about how it affects their lives, it leaves you in awe,” he said.

Guests also can be left in awe by their experiences. Of his many Airbnb stays, Blecharczyk said his favorite was a three-story bamboo treehouse in Bali.

During the conversation, Blecharczyk sat in front of a wall of bookcases. When Rajan asked for business book recommendations, he pointed to three: Peter Thiel’s “Zero to One” and Patrick Lencioni’s “The Advantage” and “The Five Dysfunctions of a Team.”

Asked for advice he’d give to entrepreneurs, Blecharczyk urged boldness.

“Always be challenging yourself, always be learning,” he said. “Even if something fails you will inevitably be learning in the process.”