University of Chicago researchers have isolated SARS-CoV-2 monoclonal antibodies, which have the potential to both treat and diagnose COVID-19.

Led by Patrick Wilson, a professor of medicine at the University of Chicago, the team isolated antibodies specific to the spike and internal proteins of SARS-CoV-2 from a unique cohort of COVID-19 patients. The patented product is a panel of more than 100 antibodies that bind various SARS-CoV-2 proteins.

Wilson’s research is focused on the immune system, specifically B cells, which are responsible for producing antibodies. This includes using technology to isolate monoclonal antibodies (mAbs) – unique antibodies derived from single human B cells that can be mass-produced in laboratories to treat many diseases.

Transitioning to COVID research began early, after connecting with a colleague, Yoshi Kawaoka, at an event in Seattle, where the first US case was reported. An influenza expert and professor at the University of Wisconsin–Madison and the University of Tokyo, Kawaoka was able to access blood samples from infected patients aboard the anchored Diamond Princess cruise ship in Tokyo, setting off the work to develop mAbs that could eventually be used to treat the virus, which at the time was declared a biosafety level (BSL) 3 pathogen.

“When the first few COVID-19 cases emerged, not everyone realized how big of a global health problem it could have been, but Patrick foresaw it becoming a major threat very early on and was interested in isolating antibodies,” said Haley Dugan, a PhD candidate in the Wilson Lab.

As the virus became more widespread it was reclassified and the team was able to relocate from Argonne National Lab – which initially had the resources to accommodate BSL 3 – back to their lab at UChicago where they quickly accelerated the work, working long hours and in shifts to maintain social distancing. “We invested all of our resources and shifted the whole lab’s efforts toward COVID research,” said Wilson.

A key part of this was uninterrupted access to the MACSQuant Tyto, a next-generation, benchtop cell sorter that enabled the researchers to use the samples in a completely contained environment. The tool, recently acquired by the University, let them examine at an individual cell level how immune responses were formed. “We were interested in investigating how antibody targeting of distinct viral regions was impacted by different variables, such as preexisting immunity or age,” said Dugan.

“It was many long days,” added Chris Stamper an immunology graduate student in Wilson’s lab, noting that his previous research using mice and on past flu vaccine trials gave him the tools to rapidly switch gears and take a translational approach. “Basic science is the foundation of all translational science,” said Stamper.

Studying a novel infection in humans also enabled the researchers to answer questions for which they normally would have had to rely on animal models. Stamper said he will be able to tie the work back into his pre-COVID projects, which are still underway, taking him closer to his lifelong goal of better understanding how the immune system functions and how it has evolved. 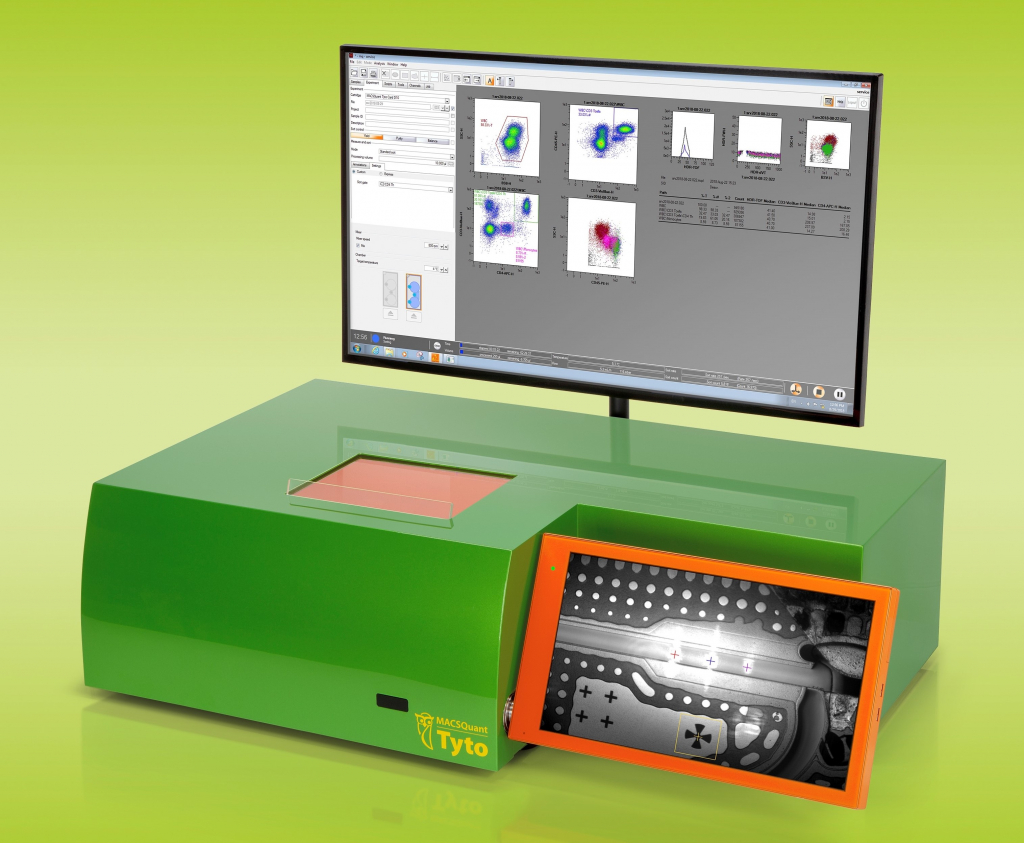 Collating what they have learned to date, Wilson, Dugan, and Stamper recently submitted a manuscript with their findings. The focus is on the evolution of the memory B cell response to COVID, specifically, their novel discovery that the B cell response shows substantial evolution toward not only the spike glycoprotein, but the internal antigens as well.

“We identified that mAbs against these targets were non-neutralizing in vitro and non-protective in vivo, which perhaps emphasizes the importance of vaccination to induce neutralizing spike-specific responses over natural infection,” said Dugan.

In parallel, Wilson also is initiating conversations with potential new partners, coordinating with Kawaoka and a company out of Japan that is interested in licensing some of the antibodies to develop as therapeutics. Additionally, the team is in talks with a diagnostic company that hopes to develop rapid saliva tests for COVID. Still, the work doesn’t end here. “There is a lot of interest in the emergence of new mutant variants, which pose a major threat,” noted Wilson.

Moving forward the goal is to identify antibodies that are shared over multiple coronavirus strains to try and develop more broadly protective anti-coronavirus antibody drugs and protect against future threats. As part of this, with a group at the Jackson National Labs at the University of Connecticut, Wilson is tracking the long-term effects of COVID on the immune system, and with Cornell, the effects on children who develop multi-inflammatory syndrome.

“There are still very important questions that remain, and we don’t fully understand the interplay between antibody responses and disease severity or age,” added Dugan. “There’s a lot more to be discovered, especially with respect to the newly-emerging variants.”

// Patent of the Week is a column highlighting research and inventions from University of Chicago faculty. For more information about available technologies, click here.