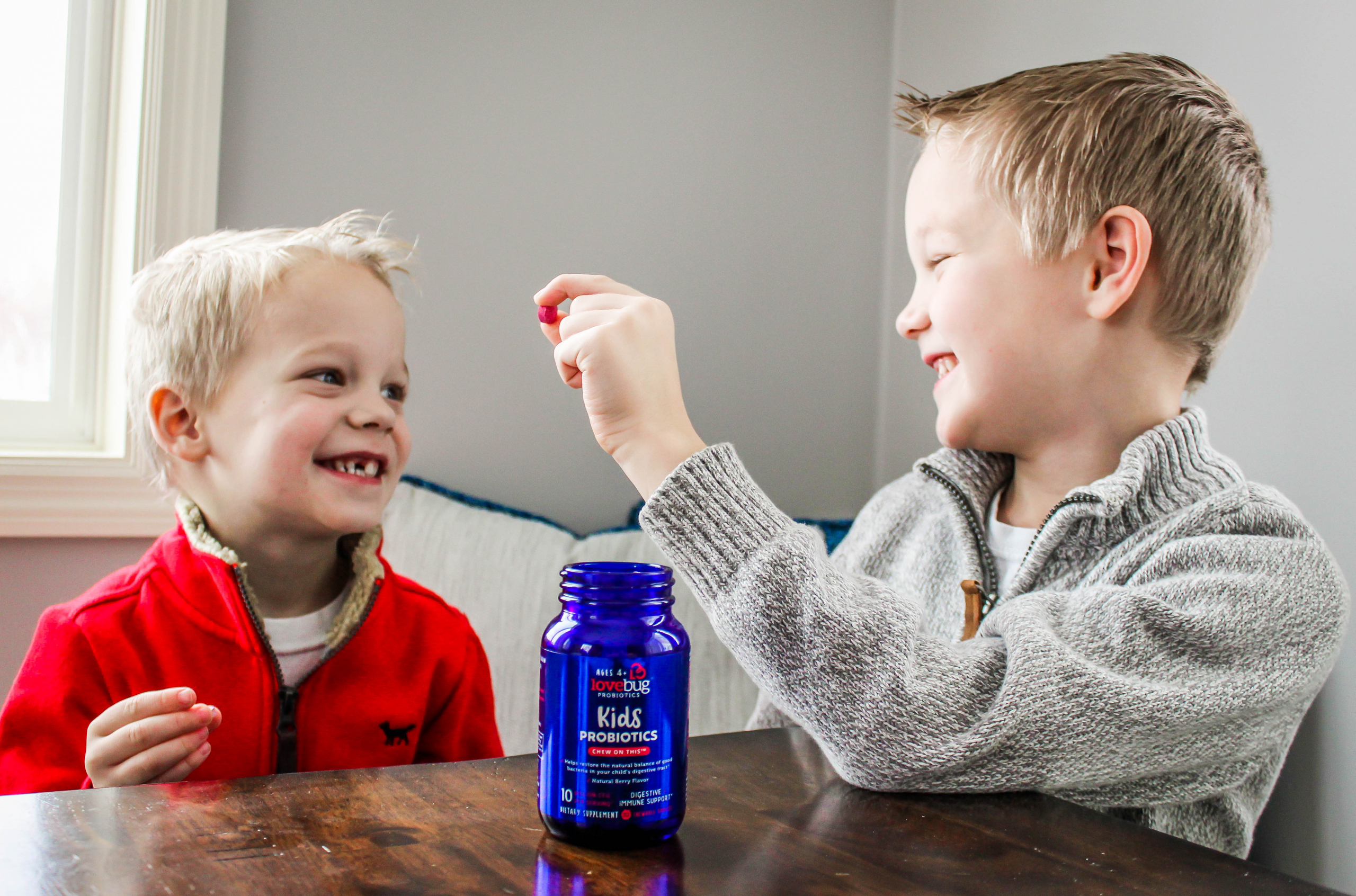 Co-founded by University of Chicago Booth School of Business alum Ben Harris, MBA ’09, and Ashley Harris, LoveBug Probiotics – a probiotic supplements company geared toward mothers and children – has raised close to a million dollars in its first venture capital round.

The round was backed by CTK Investment (CTKI) and led by CEO Sam Chun, MBA ’09. A Korea-based venture capital, CTKI focuses on early stage companies in the health and beauty sector. It’s a subsidiary of CTK Cosmetics, listed in Korea Stock Exchange, a full-service platform provider for global beauty brands. This is CTKI’s first major investment in the United States.

As Harris explained, the funding has enabled LoveBug to launch new products, including a sports-focused probiotic, “No Guts No Glory,” for which the US Marines placed a bulk pre-order. The company has also been able to re-launch its popular “Labor of Love” supplement. Originally meant for pregnant and breastfeeding mothers, LoveBug has split it into two separate products: pre-natal and post-natal. These and other LoveBug products are available at several brick and mortar as well as online stores.

“LoveBug has a strong growth potential in the inner beauty sector,” said Chun, speaking to CTKI’s decision to invest in the company. “It’s building a strong market position in the kids and the toddler and the pregnant women subsegments. Also, we plan to help its Asia market expansion.”

Harris and Chun met at the beginning of their time at Booth, having been put in the same Leadership Exploration and Development course. “[Ben is] one of my best friends from school,” said Chun. They took many classes together and bonded over their shared background in investment banking and private equity.

When Chun moved back to Korea in 2014, the two lost touch. Though Chun often read about LoveBug Probiotics in the Polsky Weekly 10 newsletter, he didn’t realize it was Harris’s company until last year during a business trip to the States, when some Booth friends told him. He immediately called Harris.

“I really liked the idea [of LoveBug],” Chun recalled, “and I was asking if they needed the VC money.” Though COVID-19 delayed the process, CTKI’s investment went through in early October.

“The trust and friendship that we built at school allowed the investment to happen,” said Harris.

Other former classmates and Booth alumni also have been involved in LoveBug. Through these relationships, the co-founders have connected with researchers, investors, and professors who helped the company grow. This includes Pritzker School of Medicine and Booth alum, Jonathan Weiss, who now serves as the company’s scientific advisor.

“LoveBug wouldn’t have happened had it not been for the framework of the school, the stuff we learned, the tools we were taught, and the network that was brought to bear,” said Harris. “There was really no part of LoveBug that hasn’t been touched or created or benefitted from Chicago, Booth, or Polsky.”