‘Learn From A Chef’ Brings Live Cooking Classes To Your Kitchen 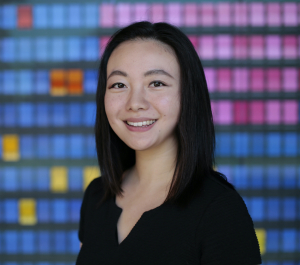 University of Chicago grad Querida Qiu has launched a new “live learning” business – bringing a variety of online cooking classes taught by chefs who have worked at Michelin star restaurants.

Despite being in quarantine, over a month ago, Qiu, AB ’16, launched Learn From A Chef, which offers up to ten students the chance to attend a class with live instruction and feedback within their own home.

Since graduating from UChicago, Qiu has combined her passion for food with business, though her experience with the restaurant industry began as an undergraduate, when she worked part-time at Alinea as a business development analyst. “[Alinea] gave me my first sense of how a well-run restaurant can be very efficient and very fun,” Qiu remarks. The broad range of her projects exposed her to the business side of the food industry. She was involved with market research, vendor pitches, weighing truffles, menu development, and media deals, such as bringing Alinea’s Netflix show, Chef’s Table, to our screens. 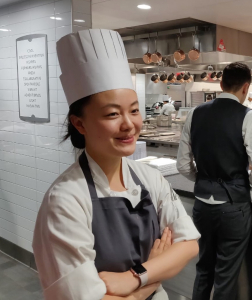 Although her interest remained in the food industry, Qiu initially embarked on a more traditional career path. She graduated from UChicago with a job at IMC as a trader and a deferred acceptance to the Stanford Graduate School of Business (GSB). In 2019, after more than two years, Qiu decided to go back for her MBA and leave the financial world. She had a few months before GSB started in October, so she researched accelerated culinary school programs. From March to September of 2019, she attended the French Culinary Institute in New York. Qiu trained as a savory cook while maintaining an apprenticeship at Eleven Madison Park, a three Michelin star restaurant. “It was a crash course in how a world-class kitchen is run,” Qiu said, “and how [chefs] approach business.”

Learn From A Chef started when her ex-coworkers and culinary school classmates lost their source of income due to the COVID-19 quarantine. With her fellow business school students asking her to host an online cooking session, Qiu realized she could find her chef friends a paying market. At first it was informal, connecting friends to friends. But, due to its positive reception, Qiu made it more official and a month ago, she launched a website, opening Learn From A Chef to the public. Within a few weeks, she had more than a hundred students. The startup operates on almost zero cost to ensure all of the money goes to the chefs – and because of the whirlwind beginning, Qiu is still brainstorming the startup’s future.

“I’m very interested in seeing how this whole pandemic is going to affect people’s behavior going forward,” Qiu said. “Mainly, now [that] everyone is forced to do everything online, whether this new, small group online format will persist.” One customer already told her that before the pandemic, he would not have used this live-learning format, but now he loves it. If people still want this style of learning after the pandemic, Qiu has found a gold mine: “Anything that’s [a] semi-expert format can be delivered in this way and the market there can be a lot broader.” Instead of a chef, for example, it could be a mixologist teaching a small group how to make a certain drink. The possibilities are endless.

For right now, though, cooking keeps Qiu busy. Learn From A Chef’s classes range from formal meals, like “3 Course Japanese Lunch,” to “Guac + Hang,” spanning various culinary fields and levels. “People are really craving comfort food,” said Qiu. “I think being indoors and being lonely has to do with that.”