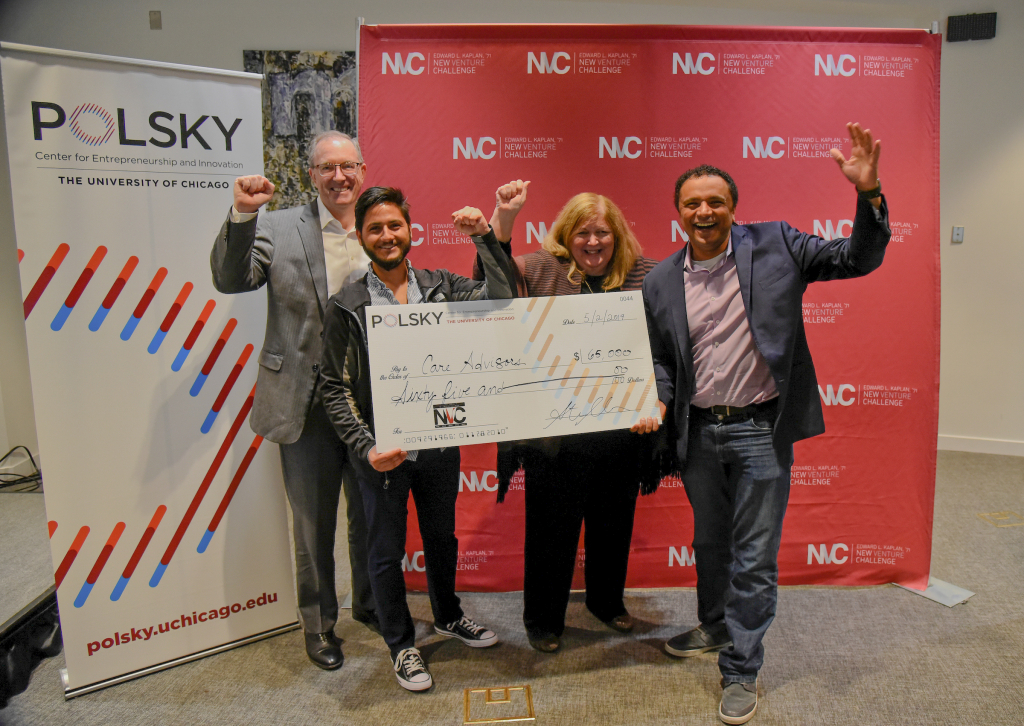 Alumni participate in the Alumni NVC at the Gleacher Center on Thursday, May, 2, 2019, in Chicago. (Photo by Matt Marton)

Following a similar milestone-driven structure that exists in all tracks of New Venture Challenge tracks, ANVC teams received regional support, resources, and programming from the Polsky Center and 32 alumni co-chairs. From an application pool of 85, 35 teams were selected into Phase II of the program, and then eight teams were selected to advance to the finals. At the global finals, held in Chicago on Thursday, May 2 on the eve of Chicago Booth’s annual Management Conference and Reconnect Alumni Weekend, the eight finalist teams presented in front of 12 distinguished judges and investors and shared a $125,000 cash prize pool. These teams included members made up of graduates from Chicago Booth, the College, and other non-Booth master’s programs. 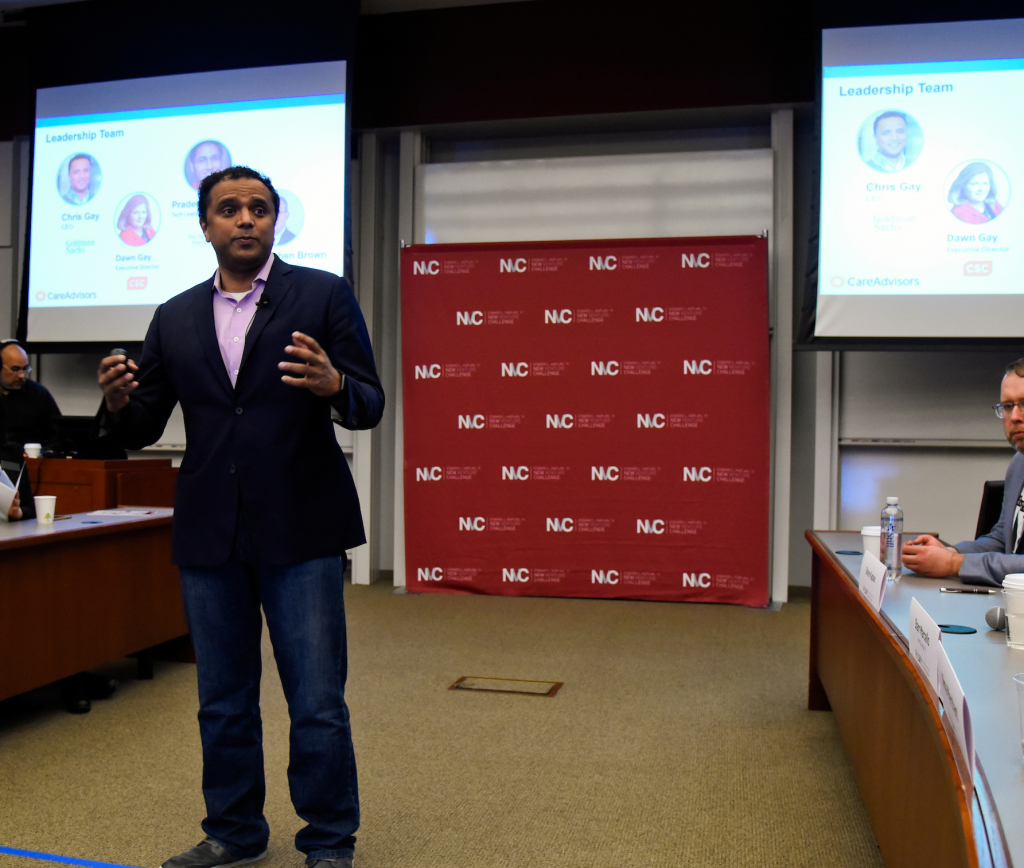 Winners of the 2019 ANVC Finals include:

Care Advisors was name the first-ever ANVC winner, taking home $65,000 in prize money. Care Advisors helps hospitals get paid more from the government through its Medicaid enrollment software, which automates the manual process of enrolling patients in Medicaid. The company represented the Midwest region.

Duuno, from the Asia region, is a platform based on research that teaches languages online to children age one to 12 with the Duuno Method. The team was awarded $30,000.

Taplingua, from the Europe region, and Vroom Delivery, from the Midwest region, tied for third place. Taplingua enables hotels to train their frontline workers in foreign language skills via their phone, helping them increase customer satisfaction, revenues, and efficiency while reducing training costs. Vroom Delivery is the first e-commerce platform designed for the $237 billion convenience store industry. Vroom’s unique model allows stores to deliver all of their products, including regulated items such as alcohol and tobacco. Both teams were awarded $15,000 in prize money.

The 2019 ANVC Finals was one of the kick-off events to UChicago Innovation Fest (May 1-June 9, 2019), which celebrates pioneering discovery and entrepreneurial endeavors at the University of Chicago. Led by the Polsky Center, this annual celebration of more than 30 events, workshops and accelerator programs highlights the breadth and impact of innovation at UChicago in the areas of entrepreneurship and research commercialization, scientific advancements, and social and global impact.