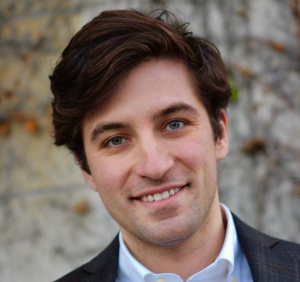 Polsky Member Soheil Ebadat is a second-year law student at the University of Chicago who became a member of the Polsky Exchange during his first year of law school. Ebadat describes Polsky as “the place on campus that anyone working on an idea or looking to help others, whether through mentorship or active participation, can do that”.

As Ebadat describes it, he “caught the [entrepreneurship] bug at an early age,” citing a memory he has of being about ten years old and selling Yu-Gi-Oh trading cards at a flea market, and then years later of starting another business helping neighbors with yard sales in high school.

Most recently, Ebadat’s latest entrepreneurial endeavor is a startup named Airspace. Airspace aims to implement the efficiency and amenities often seen at coworking spaces in private offices. Currently, neither landlords nor office managers are capable of managing every detail of office operation for commercial tenants, and that’s where Airspace comes in. By providing these offices with bundled offerings such as cleaning, conference-room management, catering, and more, Airspace is working to set a new standard for office amenities and services. And in more exciting news, they have just been accepted into Polsky’s nationally ranked accelerator, the Edward L. Kaplan, ’71, New Venture Challenge.

For Ebadat, the entrepreneurial landscape has not always been easy or forgiving. He describes how sometimes it feels like “constantly moving between learning how to do something and delivering on it.” It’s been a challenging journey for him, but also very rewarding.

Polsky has played a big role for Ebadat in working through these challenges. He describes it as a gym of sorts – where everyone in the room is constantly working to better themselves and their companies, motivating him to work harder to better himself as well. His advice for other entrepreneur hopefuls? “Join [the Polsky Center] and start participating in events. You don’t have to have an idea to get value out of it.”

And then of course, we had to press him a little further just for fun…

If you could have one superpower, what would it be and why?

Teleportation – I am always late to things and hate driving.

What is your spirit animal and why?

My spirit animal is the ladybug – what I really like about them is their ability to adapt to so many different climates. I have always believed that being adaptable is a great skill to have.

What would the title of your autobiography be?

I don’t think I have done enough to deserve one, but if I had to choose it would most likely be “Never Satisfied.” It is a blessing and a curse. I am always trying to do more and every end goal is just the beginning of another one.

What is the best piece of advice you’ve ever been given?

“If you feel like you are the smartest person in the room, you are in the wrong room.” For me, that means a few things. First, that if you don’t feel challenged you aren’t becoming better. Second, if you cannot say that there are other people in a place much smarter than you, then you have nobody to learn from. Lucky for me, this advice prompted my move to UChicago Law and I am by far not the smartest person in any of those rooms – and I love that.