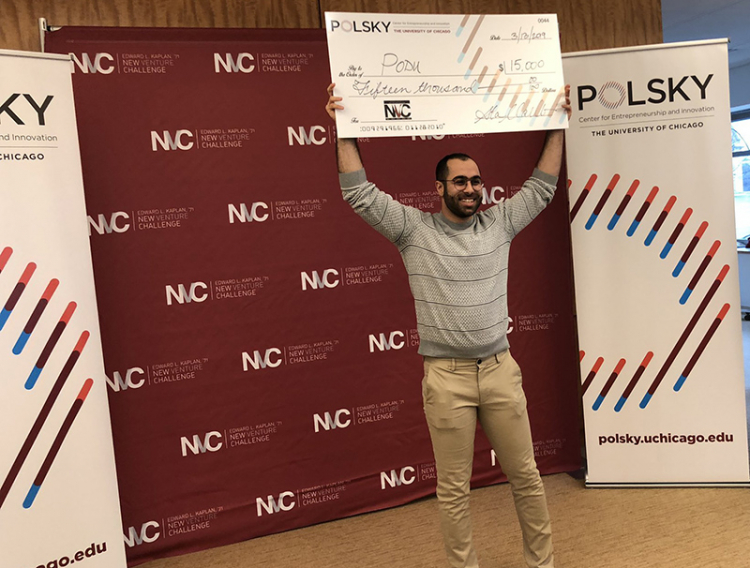 While 2019 marks the seventh year of the CNVC track, the Polsky Center began offering the CNVC as an official for-credit class for undergraduates in the College in 2018. The 2018 CNVC top winner was Quevos, an innovative food startup that makes egg white protein chips. Other CNVC alumni companies include Cubii, Fronen, and Moneythink.

This year’s CNVC cohort was an extremely competitive cohort. Six teams were selected to advance to the finals, up from five finalists selected last year.

PODU, the first platform for podcasting in Arabic, took home first place and $15,000 in this year’s CNVC. PODU offers on-demand and on-the-go entertainment to its listeners from all over the Arab world and fosters a welcoming environment for those interested in hosting a podcast on its open platform. PODU is led by Wessam Abozeid, expected AB ’19, who is a Sawiris Scholar at the University of Chicago.