The Modern-day Explorer: Chicago Booth Alum Turns to Deep-tech Innovations to Save the World 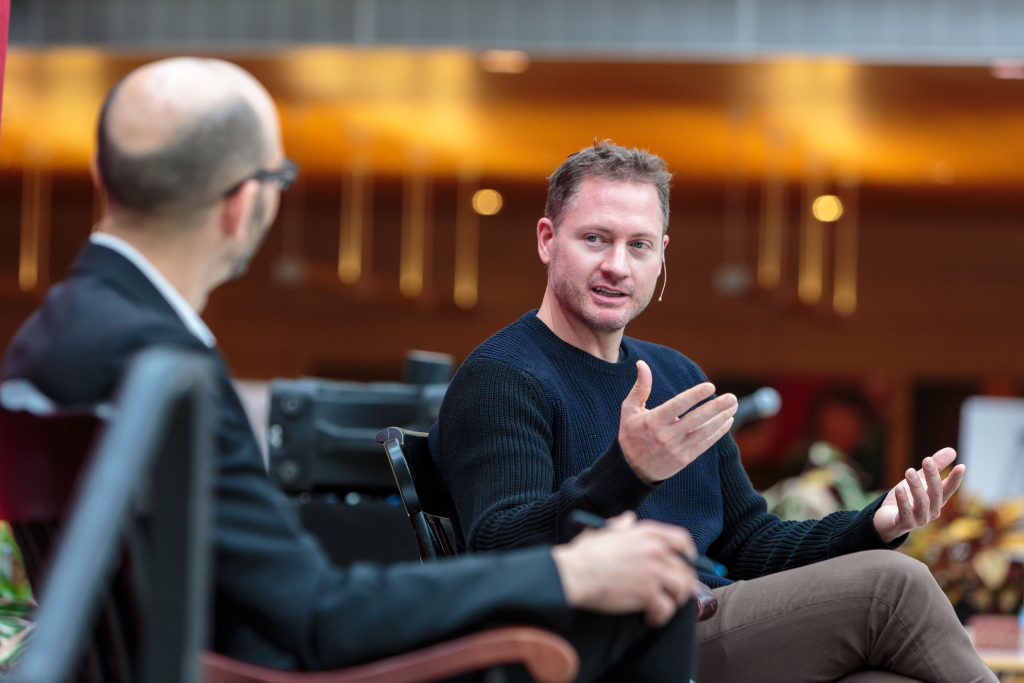 When you talk to Bryan Johnson, MBA ’07, about his current work, he brings up the year 1978. The late-70’s saw the beginnings of companies such as Apple, Intel, Microsoft, and Oracle – but it wasn’t until almost a decade later that their importance to our lives, and the role they would play in defining future decades, began to be acknowledged. And according to Johnson, we are in that same turning point moment within the fields of biology, genomics and chemistry.

Johnson, the founder of Braintree, the mobile payments company that powers businesses such Uber and Airbnb, started OS Fund in 2013. The fund has been described as  “next generation of impact investing.” OS Fund invests in deep tech – the combination of hard science and technology – to address problems on a global scale. OS Fund invests in companies commercializing breakthrough discoveries in genomics, synthetic biology, diagnostics, new materials and energy. These companies are solving challenges that range from preservation and recycling of natural resources, to seeking cures for diseases, and building the infrastructure for a global biological immune system.

“Deep tech is one of the most exciting areas in the world, and the most promising,” said Johnson, who was named one of Chicago Booth’s Distinguished Alumni Award winners in 2016. “If you look at problems we have to solve, they require tools in deep tech. Take a scenario where the Great Barrier Reef is destroyed and you want to rebuild it. You aren’t going to solve it with computer code alone. You are going to fix it with tools in biology, chemistry, and genomics.”

While attending Chicago Booth, Johnson founded and launched Braintree through the Polsky Center for Entrepreneurship and Innovation’s nationally-ranked Edward L. Kaplan, ’71, New Venture Challenge. After winning the New Venture Challenge in 2007, Braintree went on to become a tentpole in the Chicago technology scene, acquiring Venmo in 2012 before being acquired by eBay/PayPal in 2013 for $800 million.

After selling Braintree, Johnson founded OS Fund – making the transition from digital tech to deep tech, a transition he said was made easier thanks to what he learned from the Polsky Center.

“The Polsky Center teaches you how to assess and mitigate risk,” said Johnson, who founded OS Fund with $100 million of his own capital. “Often times when you go into deep tech, you need to find the simplest, most pragmatic – often the most boring – thing that you can find. The Polsky Center teaches the systematic thinking of how to go to market, and not to be unduly persuaded by what might be the flashier thing.”

The first OS Fund round (OS Fund I) included 28 total investments – 27 of which received follow-on investment. Four achieved “unicorn” status (a valuation of over a billion dollars), and two have been acquired. These “field-defining” technologies include companies like Chicago-based NuMat, which is the first company in the world to commercialize  Metal Organic Frameworks (MOFs), which is nanotechnology that works. Operating at the intersection of high-performance computing, chemistry, and manufacturing, NuMat is solving the world’s toughest challenges at the atomic level, producing materials for major global brands and institutions that change the game for industrial storage and purification systems.

Johnson did not have a scientific background when he launched OS Fund and began pursuing highly-technical companies such as NuMat. He believes that motivated entrepreneurs or investors should not view a lack of formal scientific training  as a barrier that can’t be overcome.

“When people hear the word, ‘science,’ they equate it with a moonshot. They think  decades-long timelines, tremendous amounts of capital, regulated risk, and terrible outcomes. They conjure up stories of catastrophic failures,” said Johnson. “ These narratives have been reinforced by the media with negative consequences. For example, investors are deterred from investing in these high return sectors. Students often choose easier paths of study, not knowing that they can chart an entrepreneurial future in the hard sciences.”

“There are definitely components of these companies that require scientific expertise, but there are stages of their growth where you can get in,” continued Johnson. “People can make the jump. And not only can they make the jump into the non-scientific areas, but they can also bootstrap and learn their way into the industry. ”

Johnson and his team are currently raising $250 million for OS Fund II, continuing the same thesis of investing in technologies that are solving problems beyond our lifetimes but making money now.