Ice Slurry Research Pays Off for a Cleaner Environment 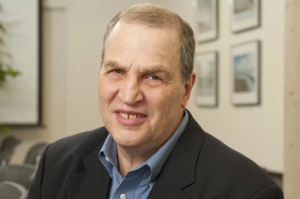 “Twenty years ago, Argonne and the DOE must have had a crystal ball to develop an environmentally friendly refrigeration system that could meet today’s urgent demand for ‘green’ technologies,” says Sanford Wolgel about Argonne National Laboratory’s novel Ice Slurry system developed, in part, with Department of Energy funds.

One patented technology that Thomas and Wolgel selected for potential commercialization was Argonne’s Ice Slurry technology that manufactures smooth, globular ice particles rather than the rough ice particles made by other methods. This dramatically improves the slurry’s fluidity, pumpability and cooling capacity.

Wolgel initially thought restaurants could use the Ice Slurry in refrigeration systems for their cool beverage dispensers and chilled-food cases. After speaking with experts in the food industry, Wolgel and Heather Walsh, a UChicagoTech project manager, discovered a more pressing application: refrigerated display cases in supermarkets.

The country’s 35,000 supermarkets each use 3,000 to 5,000 pounds of harmful refrigerants that contain greenhouse gases and ozone-depleting chemicals, many of which are toxic and/or flammable. These chemicals escape steadily into the atmosphere due to system leaks and equipment aging, according to the Environmental Protection Agency. New global environmental mandates require supermarkets to reduce these harmful refrigerants. These regulations have prompted major U.S. supermarket chains to join the EPA’s voluntary Green Chill Partnership program designed to introduce environmentally safe refrigeration systems.

Engineers at Argonne developed the Ice Slurry system as a method to cool whole buildings, so it was important to demonstrate the system could be adapted to cooling foods in supermarket refrigerated display cases. At the end of last year, the University of Chicago Innovation Fund awarded $100,000 to build a lab-scale prototype for this purpose.

“Many companies are interested in our environmentally friendly Ice Slurry system, particularly those who build supermarket refrigeration systems, but they all say, ‘Show us proof-of-concept,’ ” says J. Peter Clark, an engineer and consultant to the process industries who is working with Wolgel and UChicagoTech on the project. “We expect that the prototype will be able to do that very soon.”

Argonne’s Ice Slurry can easily be used in a secondary refrigeration system. At a central location, the ice would be made, stored in a tank and ground into slurry. Then it would be distributed throughout the store. Argonne’s Ice Slurry is so smooth that it can be pumped through small diameter pipes. This can significantly reduce capital and operating costs for refrigeration, as compared to other environmentally friendly refrigerants used in secondary loops. Since supermarkets operate on thin margins, these cost-savings are very attractive.

The main advantage of the Argonne system, however, comes from making the ice at night when electricity rates are sometimes half the daytime rate. Since the typical supermarket spends about $140,000 on electricity for refrigeration every year, annual savings could reach $70,000 per year per store. No other environmentally friendly refrigerant for secondary loops offers this large of an energy cost savings. With 1,500 supermarkets remodeling every year and another 1,000 new ones opening, the electricity cost-savings nationwide could be $175 million annually.

On top of the energy cost-savings are the “green” benefits. The Ice Slurry system could reduce by 90 percent the amount of environmentally unfriendly refrigerants used in a supermarket, Clark says.

Other potential applications that UChicagoTech is exploring for this technology include cooling whole buildings and homes, cooling foods in restaurants and cold-storage food warehouses.