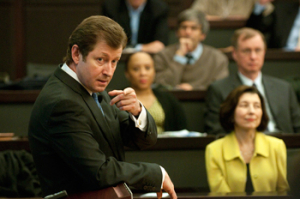 “The heart of a thriving company-formation effort begins with university research,” said James Tyree, president of Abbott Biotech Ventures and keynote speaker at the Chicago Innovation Spotlight on May 18, 2011. “That’s why it’s great to see universities working together through programs like these.”

During the half-day meeting, scientists, inventors and technology transfer staff made fast pitches to scores of potential investors and companies about emerging licensing opportunities and recent startups.

“This collaboration didn’t just happen because someone threw a switch,” said Barbara Goodman, senior vice president at Propel. “It’s been growing for years, step by step, as universities have come to realize that one plus one plus one doesn’t equal three but rather five, or more.”

Tyree emphasized that this is a good time for universities to promote their research because “big pharma is relying more than ever on external sources for innovations.”

“Using non-invasive sensors and a wearable device, together with our analytics, we can spot congestive heart failure five-to-seven days prior to an event that could cause an expensive hospital admission,” said CEO Gary Conkright. “Furthermore, our technology is protected by more than 40 patents.”

The current Alpha version is being clinically tested with patients at the University of Chicago Medical Center. A beta version, funded by a $2-million development contract from the Veterans Administration in January 2011, will add wireless cellular connectivity, improve the wearability of the ambulatory device and expand physician-interface features. Conkright expects the VA to be VG-Bio’s first customer.

Other pitches from startups that grew out of the University of Chicago included:

Fifteen licensing opportunities were presented. Ben Dibling, project manager at UChicagoTech, the University of Chicago’s Office of Technology and Intellectual Property, pitched a novel peptide therapeutic for treating leukemia based on the work of University of Chicago oncologist Michael Thirman.

The new therapy selectively kills leukemia cells with a Mixed Lineages Leukemia abnormality. Patients with this genetic rearrangement have a five-year survival rate of less than 25 percent.

“Funding is needed to demonstrate the stability of the therapy in vitro and in vivo and to validate its efficiency in a mouse model of acute leukemia,” Dibling said. “About 2,800 patients are diagnosed with this condition annually, so we expect an orphan-drug designation from the Food and Drug Administration, which could speed approval.”

Other licensing pitches that grew out of the University of Chicago included:

Last year Northwestern ran this event on its own. This year it opened the event to other universities, hoping to attract more interest from venture capitalists and companies. “It worked,” said Jim Bray, assistant director of Northwestern’s Center of Translational Innovation. “Some potential investors flew in from the coasts.”

Nancy Sullivan, director of UIC’s Office of Technology Management, agrees that the event was a success. “We have follow-up meetings planned with a couple of companies/investors who are interested in UIC technologies they saw. Another company that we invited to the event is potentially interested in sponsoring some of our research.

“It shows that working together helps grow the pool of regional investment and partnering opportunities rather than cannibalizing each others ideas and work,” she added.

“Next year, this event will be bigger and better,” Bray concluded.