Reflexion Holds a Mirror Up To Disease 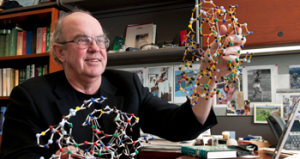 Reflexion Pharmaceuticals is an eclectic startup. In developing a novel process for making more effective protein therapeutics, it has

“Such collaboration allows us to work with world leaders in each field,” says Dana Ault-Riché, PhD, Reflexion’s CEO. “Also, it allowed us to accomplish our proof-of-concept without having to raise venture capital. We’re now in the strong position of choosing potential partners in the pharmaceutical industry.”

Reflexion is also unusual in that it didn’t start with an invention or new technology. Rather, it grew out of an entrepreneurial drive to develop new pharmaceutical drugs.

“Good leadership is critical to startup success, so I always keep my eyes open for the right person,” says Stephen Kent, PhD, Professor of Chemistry, University of Chicago, who has been involved with four biotech startups. “When I met Dana, I knew I’d found such a person. In 2008, we made a pact to start a company, although at that time we had no idea what the product would be.”

Kent and Ault-Riché brought in Sachdev Sidhu, PhD, Professor of Molecular Biology at Toronto. The three entrepreneurs founded Reflexion in 2009 with the goal of creating more effective protein therapeutics.

The fastest growing class of new drugs is therapeutic antibodies. Antibodies are proteins that defend the body against harmful substances. Whether produced in the body or lab, antibodies target antigens, foreign molecules in the body that are critical to disease processes. As a class of therapeutics, antibodies have had low product development failure rates and great commercial success.

However, antibodies are large molecules. Reflexion decided to develop much smaller protein therapeutics that would have the same favorable properties as antibodies but could be made using chemical manufacturing technologies. The chemical process is quicker than using cloning for gene expression, allows for additional designed properties, and is much less expensive.

The initial therapeutic target is a vascular endothelial growth factor (VEGF), a protein that when aberrantly expressed stimulates the formation of new blood vessels that contribute to tumor growth and macular degeneration.

Reflexion’s novel approach uses mirror-image protein technology. Antibodies, like all natural proteins, are “left handed,” meaning that they have a particular orientation in their structure. Kent and his colleagues created an unnatural “right-handed” VEGF protein. Synthesizing VEGF, which has 216 amino acids, requires a highly sophisticated chemical process, Ault-Riché says, and “the Kent lab at the University of Chicago is the best place in the world to make it.”

Next, Sidhu and his colleagues used phage display to identify left-handed proteins that would bind to this mirror-image VEGF. Phage display is a method for studying protein-to-protein interactions that screens up to 50 billion variants of a protein against one target molecule. When the protein with the best specificity and highest affinity for the mirror-image VEGF was identified, a mirror image or right-handed version of that protein could then be synthesized.

The beauty of this process is that the “right-handed” end product protein can’t be so readily metabolized by the body. Thus lower and less frequent doses are possible, and a reduced side-effect profile (such as immune reactions) is likely.

Reflexion fully expects this new technology is a platform that can be applied to other antigens to fight numerous diseases.