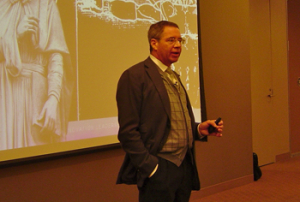 Innovation was once thought of as an exercise in creativity. Tinkerers looked for a better mousetrap. Inventors hoped for lightning to strike. Scientists put their heads down and dug deep for breakthroughs. Companies focused on finding hot new products.

Today innovation is emerging as a science rather than a mysterious or magical art form practiced by “geniuses and gadflies,” according to Larry Keeley, President and Co-founder, Doblin Inc. Since 2007, Doblin has been a part of the Monitor Group, one of the world’s premiere professional advisory firms.

“Innovation is giving up its secrets just when the world needs them the most,” he said at an ARCH Venture Partners Innovation Workshop on November 17, 2010. “This is the most intense time of change ever, and we need to reinvent many parts of everyday life. The burgeoning discipline of innovation will rise to some of those challenges.”

One of the most important secrets is that innovation is not about an “ah-hah” moment; rather, it’s about discipline, diagnostics, metrics, analysis and synthesis.

“Today the most valuable innovations are less about primary discovery and more about stitching together, in an elegant way, well-established and ordinary things,” Keeley said.

The Innovation Workshop was developed by UChicagoTech, the University’s Office of Technology and Intellectual Property, and the Polsky Center for Entrepreneurship at Chicago Booth. It was designed to bring together campus resources and the business community to foster dialogue, generate collaboration and help commercialize University inventions and technology.

“We live in a rich period for innovation,” said Alan Thomas, Director of UChicagoTech, as he introduced Keeley. “Every time you turn the kaleidoscope, you see a new opportunity.”

The key to seeing such opportunities, according to Keeley, is to innovate at the right level. “Don’t aim at the product level. Instead, aim at the broader, interconnected level of platforms.”

A platform is an integrated offering that creates a unique and holistic customer experience only loosely controlled by the platform owner. It is usually supported by proprietary technologies and characterized by interdependent products and services provided through a network of business partners. This definition includes eight of the ten areas that Doblin has identified in which everyone – from researchers to new entrepreneurs to established businesses – can innovate:

“The more of these area you combine the better, but to get meaningful change you’ve got to orchestrate six or more of these types of innovation,” Keeley said. “It’s not about brains, brawn or deep pockets. It’s about seeing connections, trying lots of things and refining what works.

“Also, ask lots of questions, especially about hurdles that seem stupid or intractable,” he added.

Keeley cited Steve Jobs’ challenge to the notion that customers had to buy an album rather than just the songs they wanted, which revolutionized the music business. He also cited chef Grant Achatz, who questioned the traditional business model for restaurants, which generates a lot of debt. This led to Next, a restaurant with a pre-paid business model. Keeley also encouraged would-be innovators to launch competitions with prizes, something that typically returns up to 17 times the investment.

“New businesses fail 96 percent of the time,” he said. “To improve on that, innovators need to consider the entire ecosystem in which their idea is supposed to flourish and stitch together things that already exist to solve a problem or fill a need.”