That’s what alumni should give back to their schools, according to Doug Given, an Investment Partner at Bay City Capital and longtime advisor to UChicagoTech—the University of Chicago’s Office of Technology and Intellectual Property.

Given earned a PhD’79 and an MD’80 from the University of Chicago. But his desire to give back is not just a question of responsibility to an institution that helped educate and form him. “I always gain from the exchange,” he said. “The rewards of getting involved are far greater than the energies expended because of the unique strength, quality and interconnectedness of the University.” 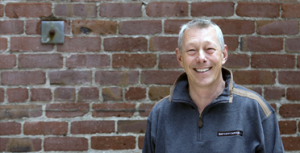 And it is his connectedness with scientists, venture capitalists and entrepreneurs that makes Given so invaluable to UChicagoTech, said Alan Thomas, Director of UChicagoTech. “Doug is one of the most connected alumni we know. Not only does he have tremendously helpful insights for our projects, but also several contacts who we can call upon for additional informed perspectives.“In addition to advising UChicagoTech, Given is Chair of the Visiting Committee to the University of Chicago Medical Center (formerly the Visiting Committee to the Division of Biological Sciences and the Pritzker School of Medicine).

“Doug has brought great dynamism to the committee and is a tireless advocate for the University,” said Rebecca Breuer, Director of Donor Relations at the Medical Center.

Given came to the University in 1974 as a medical student with an interest in research, which lead him to study virology, internal medicine and infectious diseases.

“Most important, I learned how to think like a scientist,” he said. “I grew to understand the scientific process of discovery, which includes cycles of hypothesis, driven investigation and setbacks. Through this, I learned how to be persistent and push through barriers, which helps me to this day evaluate ideas, develop products and start companies.”

Given went on to a fellowship at the Harvard Medical School and Mass General Hospital, and later taught at the Indiana School of Medicine. In his late 30s, he got an MBA from the Wharton School. Given has been engaged in the business side of the life sciences ever since. He worked in the upper echelons of several pharmaceutical companies and research organizations, and has served on some of their boards.

As a venture capitalist, Given helps investors decide where to place their funds. At the same time, he helps inventors translate their research into products and services that will have an impact.

It is in this capacity that he advises UChicagoTech. “I help determine where a potential product or technology most likely fits into the marketplace,” Given said. “Also, I advise how to build value. And I often provide gap analysis, identifying the most important questions and hurdles that need to be resolved before moving ahead to commercialization.”

“All this leads to reducing the risk of working on or investing in an innovation,” he said.

“Dr. Given is a living example of the sort of collective translational resource we are building for the University,” Thomas said.