Time to Give Back 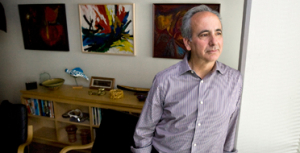 Timing is everything, and Norm Winarsky figures it’s his time to act.“At this time in my life, I feel as though I have the opportunity to make a bigger impact than ever before—and what better way to do that than by giving back to a great university,” says Winarsky, who earned an SB’69, SM’70, and PhD’74, in mathematics from the University of Chicago.

And give back, Winarsky does—on many levels. His distinguished career in successful startups and technology transfer, as well as his day job as Vice President, Ventures, Licensing and Strategic Programs at SRI International, have positioned him well to advise UChicagoTech on how to identify, license, and commercialize University innovations.

As such, Winarsky is helping UChicagoTech build and operate a network of startup and technology transfer advisors in Silicon Valley. In addition, he is a major advocate of a new Innovation Fund that UChicagoTech will launch soon. The fund is a philanthropic opportunity for individuals who want to help the development in commercial directions of early stage University research that could lead to new ventures, products and services.

For example, Winarsky was closely involved with the creation of Sarnoff and SRI’s portfolio of over 40 companies over the last 12 years. Of this portfolio, four have gone IPO, and many others acquired, with a total market capitalization of over $10 billion. Some of these companies are well known to the University of Chicago community. For example, one of SRI’s most prominent spinoffs was Intuitive Surgical (market cap $5.4 billion), manufacturer of the Da Vinci Surgical System, which IPOed in 2000. Da Vinci combines robotics and computer technology to allow surgeons to perform minimally invasive surgical procedures. Nearly 300 systems are employed around the world, including at the University of Chicago Hospital.

For nearly three years, Winarsky has chaired the University’s Visiting Committee for the Physical Sciences, working closely with the faculty and advising Robert Fefferman, the Max Mason Distinguished Service Professor and Dean of the Physical Sciences Division. One secret to his success is that Winarsky does not approach his role as committee chair strictly as a fund-raiser. “My role is to help Visiting Committee members understand the Division’s needs and to work together with the Committee to help the Division better solve some of its major problems and address some of its major challenges,” he says.

“He’s a great role model,” says Valerie Conn, Senior Director of Development, Physical Sciences Division. “By setting clear goals and metrics for achieving those goals, he energizes other volunteers and makes them productive.”

Under his leadership, the committee doubled its fundraising each year, from $100,000 to $200,000 the first year and to $400,000 the second. Also, many of the committee members have made gifts to the University, totaling more than $20 million.

It’s no surprise Winarsky has excelled, Fefferman says. “Norman was an exceptional student who won the Paul Cohen Prize, which goes to the best math major at the University. Now, he radiates excitement about science and the University.”

“I look at the University as family,” Winarsky says. “I’m happy to give back.”