Stellatus Solutions, a Startup Born at UChicago and Nurtured By Polsky, Acquired by Slingshot Aerospace to Help Prevent Satellite Collisions in Space 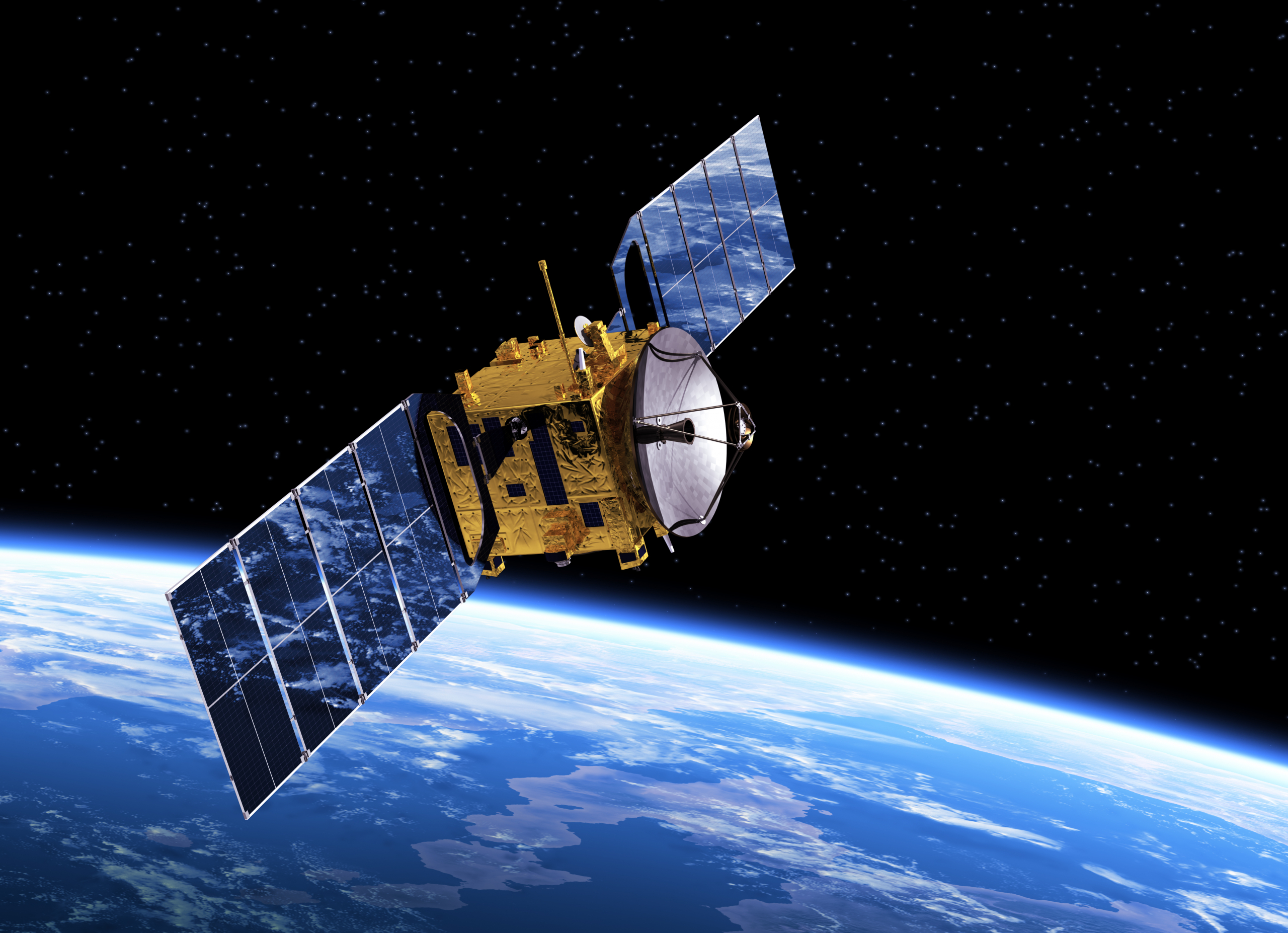 Last fall, a team of University of Chicago students was tasked with addressing a challenge one might hope already had a solution: How to improve communication between satellite operators to prevent collisions between the 4,000 satellites in space, a number expected to rocket to 115,000 satellites by 2030.

The problem at the time was theoretically presented by Hacking for Defense, a cross-disciplinary university course sponsored by the Department of Defense. But when the students learned it is a reality faced by satellite owner-operators, they were inspired to create a startup, Stellatus Solutions, that they then took through the National Science Foundation’s I-Corps Program and the Edward L. Kaplan, ’71, New Venture Challenge.

They never imagined that within a year their startup would be acquired to help spearhead the industry’s first centralized collision avoidance communications platform for space.

Stellatus, based in Chicago, was acquired in June by Slingshot Aerospace, a space simulation and analytics company based in Austin, Tex., and El Segundo. Calif., for an undisclosed sum.

Slingshot Aerospace on Thursday announced the launch of Slingshot Beacon, a product that connects satellite operators across different organizations on a single platform so they can share updated data, notify each other about planned maneuvers and resolve potential collisions more efficiently. The first technology of its kind for the industry, Beacon packages positional data in a digestible way with all the information satellite operators need to appropriately mitigate high-risk conjunctions — when objects in space crash into each other — thus improving transparency, safety, and sustainability in space.

Beacon is being piloted by major companies that account for over 53% of satellite constellations in low Earth orbit, including OneWeb, Spire Global, Orbit Fab, and others.

Stellatus co-founders Holly Highfill, J.D. ’21, and Kishen Raghunath, MBA ’20, say programming through the Polsky Center for Entrepreneurship and Innovation was pivotal in turning their research project into a nascent business with value to the industry. Slingshot Aerospace acquired Stellatus’ customer discovery research, prototypes, and rolodex of industry contacts, and hired Highfill on as director of customer engagement and strategy and Raghunath as director of finance and strategy. 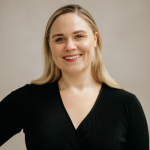 “I’ve always hoped to work in the aerospace industry someday, but I never imagined I’d get here as an entrepreneur in my own right,” said Highfill, who was formerly Stellatus’ CEO. “I thought I’d be going to a law firm.”

Highfill and Raghunath were headed in very different directions when they took the Hacking for Defense course, taught by law professor Todd Henderson and entrepreneurship lecturer Will Gossin-Wilson, and found their paths converge on the final frontier. 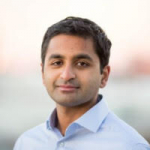 Highfill, who was entering her final year at the University of Chicago Law School and expected to become a transactional attorney, and Raghunath, an aerospace engineer in his last year at Chicago Booth School of Business who planned to go into consulting, chose the project that paired them with Audrey Schaffer, former director or space strategy and plans in the Office of the Secretary of Defense. Schaffer challenged their team to figure out how to create a communications channel to alert satellite operators about security concerns in space.

Highfill was surprised to learn that operators received alerts of potential collisions by email and didn’t have an easy way of getting in touch with their counterparts to resolve them. Often they had to search on Google for contact information.

They also had to sift through a huge number of alerts issued by the 18th Space Control Squadron, whose mission is to monitor approximately 3,200 active satellites for close approaches with some 24,000 pieces of space debris. The agency generates 300,000 to 500,000 “conjunction data messages” daily warning operators that their assets may collide with another satellite or other object.

Space is about to get much more crowded. Some 115,000 satellites are planned for launch over the next decade as new space entrants develop technology that will provide global internet to the far reaches of the Earth and imagery capability that aims to help mitigate the effects of climate change, among other feats. Satellite operators must also contend with some 130 million pieces of debris whipping around the Earth at 17,000 miles per hour.

“We rely on satellites for GPS, our cells phones, weather, our national security, and much more, and yet operators are literally resolving potential collisions by email, if they can find the addresses,” Highfill said. “As space continues to grow, our team knew that a solution must be in place to ensure that space is a safe and sustainable domain for generations to come.”

On the advice of Steve Lehman, former senior associate director of the George Schultz Innovation Fund Associates Program, the Stellatus team applied for the winter cohort of I-Corps, a seven-week program sponsored by the National Science Foundation to help STEM-related startups test the commercial potential of their research and ideas. He also encouraged Stellatus to apply to the spring New Venture Challenge, a 25-year-old accelerator at Chicago Booth that has helped launch successful companies from Grubhub to Braintree. Both programs are run by the Polsky Center.

At I-Corps, headed by Melissa Byrn, director of innovation strategies at the Polsky Center, and Ellen Zatkowski, assistant director, Stellatus set customer outreach goals, identified their needs and pain points, and iterated on their prototype.

At NVC, guided by faculty director Steve Kaplan, the team devised a customer acquisition strategy, figured out how to make money, and learned how to pitch its business plan to investors. Waverly Deutsch, adjunct professor of entrepreneurship, was especially helpful in shaping and telling their story, Highfill said.

Stellatus — a team of six including Alex Hernandez B.A. ’21; Guy Karim Caland Puymartin MBA ‘21; Jerry McIntyre MBA ‘21; and Raheel Syed MBA ‘21 — competed among 30 startups but was ultimately not selected as a finalist in the NVC. But a contact made during the process was an operator at one of the world’s foremost space launch and satellite companies, who in turn introduced the startup to Slingshot Aerospace’s CEO, Melanie Stricklan.

The two companies brought complementary strengths to the table, Highfill said. Stellatus had the customer research Slingshot wanted, and Slingshot, whose $8 million Series A last year brought its total funding to $17.1 million, had the engineering talent, aerospace expertise, and funding to commercialize its solution.

The Stellatus team navigated the acquisition with the help of Guy Turner of Hyde Park Ventures, another contact made through the Polsky Center programs.

Highfill and Raghunath credit the entrepreneurship programming for allowing them to take an idea from course to acquisition in just nine months.

“Without I-Corps and NVC we wouldn’t have shifted and focused on the commercial sector as much as we have,” Raghunath said.

Now at Slingshot, Highfill and Raghunath are working to bring the company’s mission and vision to reality. Slingshot, through a suite of products, helps their customers monitor, simulate, and optimize their space systems with dynamic virtual environments and decision intelligence technology to accelerate space sustainability to create a safer, more connected world.

“From the start, Slingshot and Stellatus have shared similar visions to accelerate space sustainability from a like-minded position and together we bring unique and valuable capabilities to our customers across the industry and makes us an even-stronger business,” said Stricklan, Slingshot’s CEO. “This year will undoubtedly be Slingshot’s most impactful year yet.”