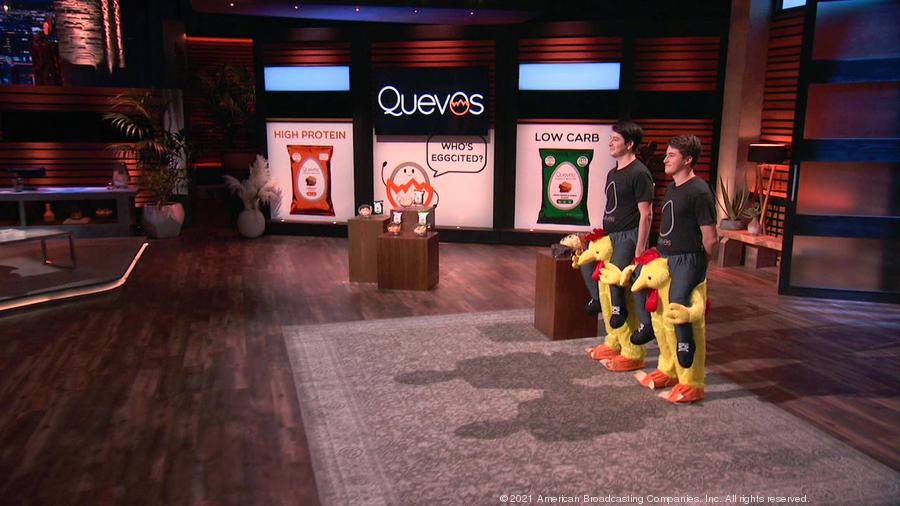 On Friday, January 22, Quevos, the egg white snack company, appeared on ABC’s Shark Tank, the reality show where entrepreneurs pitch their company to a team of celebrity investors (“sharks”) in the hopes of getting a deal.

Quevos cofounders Nick Hamburger and Zack Schreier received offers from both Daniel Lubetzky, founder of KIND Snacks, and recurring “shark” Kevin O’Leary. In the end, Hamburger and Schreier made a deal with Lubetzky: a $200,000 investment as well as a $200,000 line of credit for 10% equity of Quevos.

A billionaire businessman, last year Lubetzky sold KIND Snacks for $5 billion, according to Forbes. He has invested in Quevos through his family office, Equilibra.

That summer Quevos was accepted into the inaugural class of Springboard, Kraft Heinz’s incubator. There, the company received $50,000. In the spring of 2019, Quevos launched a Kickstarter, with more than 400 backers, raising almost $72,000. According to Hamburger, before the Shark Tank appearance, Quevos had raised a total of $1.6 million.

Quevos is now sold in over 1,000 stores. When the Polsky Center talked to Hamburger in the spring of 2020, Quevos was in over 350 locations, including east coast supermarket chain Wegmans, all Illinois locations of Whole Foods, and in the 148 Hannaford stores, a New England chain owned by Peapod. Recently, the company has launched in all 700 locations of the Vitamin Shoppe, a nutritional supplements retailer.