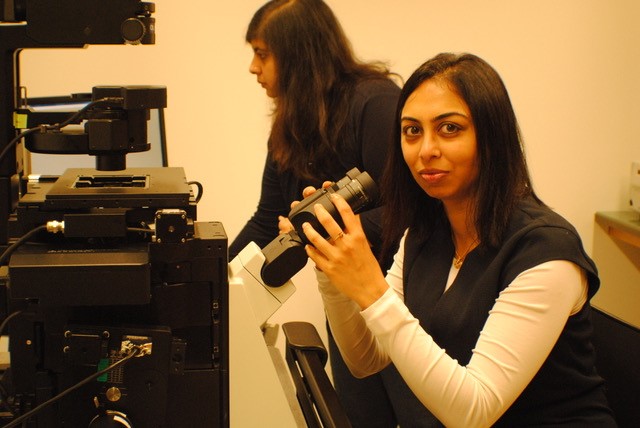 Advanced imaging probes are enabling University of Chicago researchers to predict patient responsivity to therapeutics and monitor the progression of diseases, such as Alzheimer’s.

Alzheimer’s disease and several other disorders are associated with the dysfunction of lysosomes, which are responsible for many cell processes, including the degradation of nutrients and debris.

By chemically profiling lysosomes in cells from Alzheimer’s patients, Yamuna Krishnan, a professor of chemistry at the University, aims to classify the disease into subtypes that can then be targeted with precise treatments.

To enable this, Krishnan has developed a chemical imaging platform, which uses synthetic DNA strands that have been engineered to function in a specific way. These “DNA nanodevices” are used to measure lysosomes performance by creating chemical maps of their activity.

Bringing this work out of the lab and into the clinic, Krishnan has spun out a company – Esya Labs – which is using the DNA-nanotechnology to profile various markers of disease.

These patented biomarkers help accelerate drug development by providing information about the presence, progression, and treatment response for diseases, including Alzheimer’s, Parkinson’s and Lysosomal Storage Diseases, according to the company.

Krishnan is the co-founder and chief scientific officer of Esya Labs, which was a finalist in the 2017 round of the George Shultz Innovation Fund. Also in 2017, she became the youngest woman recipient of the Infosys Prize for Physical Sciences and the youngest woman to win the Bhatnagar Award.

Additionally, she has won a Scientific Innovations Award from the Brain Research Foundation, the Innovative Young Biotechnologist Award, the INSA Young Scientist Medal, the Wellcome-Trust DBT Senior Research Fellowship and the YIM Boston Young Scientist Award. She was featured on Cell’s top 40 under 40 of scientists that are shaping current and future trends in Biology and the LSDP’s Top 100 Global Thinkers of 2014.

Krishnan is among several University of Chicago researchers showcasing their work at Illinois Ignite 2020 later this month. Pre-recorded presentations will be posted on September 24, 2020, and will remain live until October 9, 2020.